Rankin Inlet gym gets beefed up

Facility tentatively set to reopen in new location on July 1 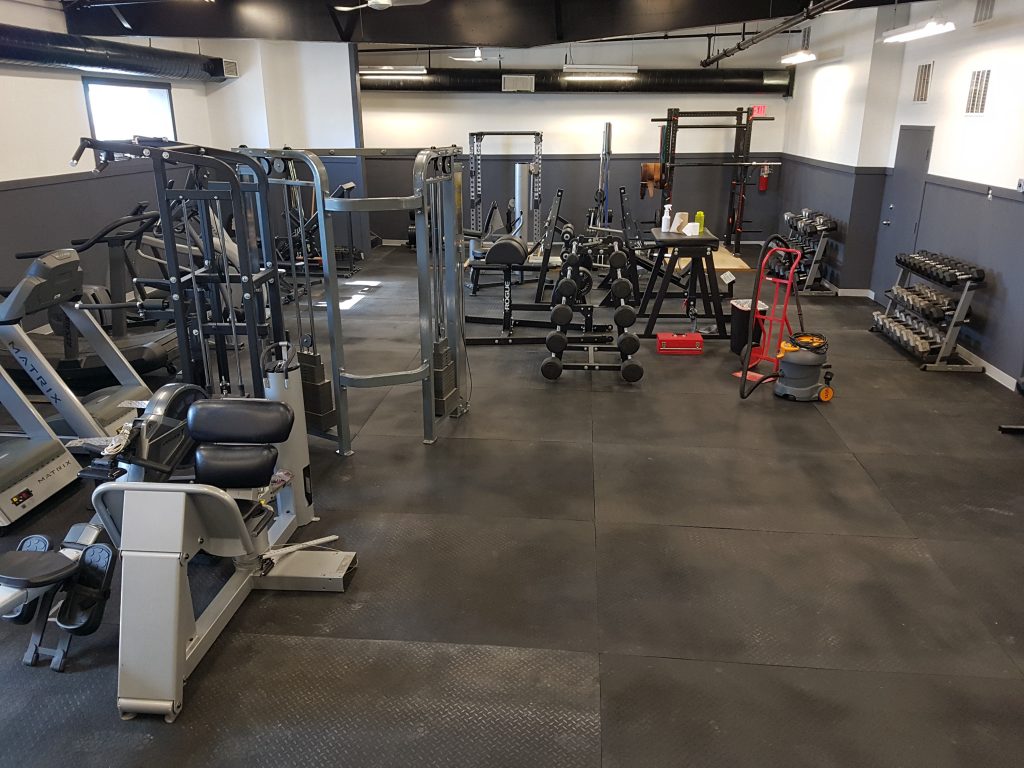 The new gym in Rankin Inlet should be ready to open on July 1. The gym is in the old arena and is bigger than the old one. (Photo by Ford Widrig)

Rankin Inlet’s gym is currently closed, and it’s not because of COVID-19.

In fact, the pandemic “dovetailed nicely” with the work the Rankin Inlet Fitness Society is doing to move the gym into a renovated section of the community’s old arena.

Ford Widrig, the society’s president, is one of three board members and the only one who still lives in Rankin Inlet. He’s taking days off from his regular job and spending mornings and weekends working to get the gym open.

“It is a lot of work and right now it’s sort of a mad crush to get all of this stuff done,” Widrig said over the phone from Rankin Inlet.

The society is a non-profit organization that’s renting the new space from the hamlet, Widrig said.

In addition to the three board members, the society pays “three or four” staff to run and operate the fitness centre.

Along with that, there’s a prospective board member who may join the society during its annual general meeting on July 10.

Gyms and fitness facilities closed down across Nunavut in March on account of the public health emergency due to COVID-19. Now, the Government of Nunavut is slowly lifting restrictions imposed by the emergency. Gyms and pools were allowed to reopen on June 15.

The City of Iqaluit’s aquatic centre isn’t ready to reopen, either, because of a missing part for an air circulation machine in the pool. The gym in Cambridge Bay did reopen on June 15, but the pool in that community will be closed until July.

Widrig was in the process of installing flooring mats in the new gym space last week. That involved disassembling the workout machines, moving them and reassembling them.

In addition, renovations included fixing bathrooms and ceiling fans, “beefing up the electrical in the space,” installing water fountains and painting. 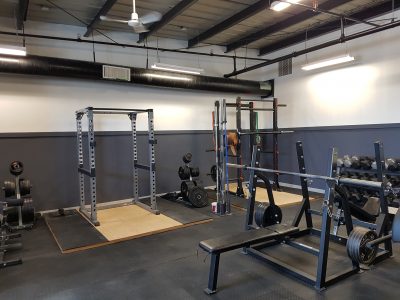 The new gym is in a renovated section of the community’s old arena, which is owned by the Hamlet of Rankin Inlet. (Photo by Ford Widrig)

Widrig placed an order for a reception desk and shelving. It has to be delivered, assembled and set up, and the filing system has to be set up. He also has to take the sign off the old building and haul it to the front of the old arena.

The society spent about $25,000 on the move and renovations, Widrig said.

“Going forward we’re going to see a reduction in operating costs that … [is] going to offset the renovating costs,” he said.

The new hamlet-owned space should allow for security, as well—the old building was privately owned, which Widrig said always meant that they could have been kicked out if the owner wanted to rent to someone else for more money.

“Now being in the new space, when it’s all done, it should be better,” he said.

Widrig is doing most of the work himself, but said the society is lucky in getting help from community members to make the move and renovation possible.

He knows that people are eager to get back in the gym, “it’s just going to take a bit of time.”

“Transient workers, health-care workers, that sort of thing, I’ve had people say that’s the reason they keep coming back to Rankin,” Widrig said. “It’s an amenity in Rankin versus other communities.” 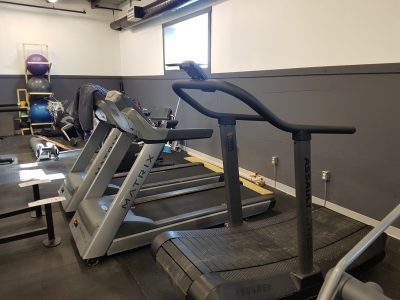 Equipment from the old gym was disassembled, moved to the new gym, and reassembled. (Photo by Ford Widrig)

But the majority of people who use the gym are residents of Rankin. “We’ve got people from 16 to 60,” Widrig said.

“I think it’s very much appreciated, I like to think.”

There’s weight training equipment, treadmills and cable-based machines. The old space was 1,800 square feet, and the new one is over 2,000, Widrig said.

There is a corner designated for stretching or exercising without equipment, but there’s no capacity for group fitness classes. Widrig said there are other places in town that accommodate that.

Widrig spoke with the City of Iqaluit’s recreation department about their “much more robust opening plan,” saying that the Rankin Inlet Fitness Society doesn’t have the capacity to take on any large efforts to that effect.

The hope is to reopen by July 1, but “that might be a bit optimistic,” Widrig said.