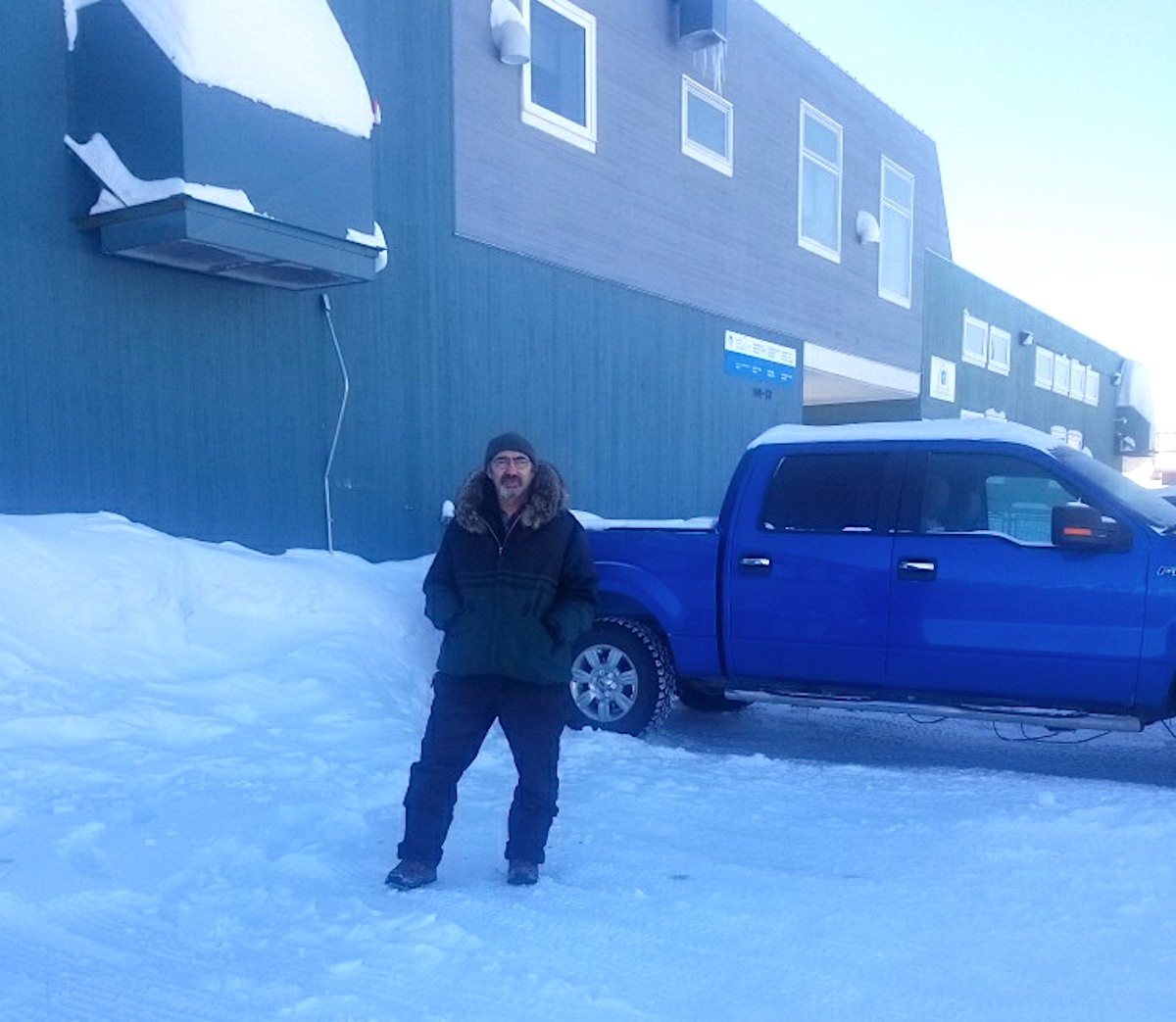 Rankin Inlet Mayor Harry Towtongie stands in front of the adult group home in his community. As of April 1, the hamlet no longer holds the contract to operate the home, which has seven residents and employs 14 locals. (Photo courtesy of Harry Towtongie)

The mayor of Rankin Inlet says he’s upset to learn the Government of Nunavut plans to award the contract for running a group home the hamlet has run since 2014 to a private Nova Scotia company.

“This is kind of a shock to us right now because we went out of our way to take over the job when we were asked by the government to run it in 2014,” Harry Towtongie told Nunatsiaq News.

The Issaccie adult group home provides care for seven people with developmental disabilities in the hamlet.

When the hamlet took over the three-year contract in 2015, it was worth about $2.4 million over the life of the contract. It had been extended several times until 2021.

“We tried to make sure the home stayed open and that it was run properly and had good staff. Now, it’s going to be like starting over for whoever is going to be running it,” Towtongie said.

The home received no complaints, he said.

The Hamlet of Rankin Inlet issued a news release Tuesday, saying it was “disappointed” the contract was going to Shift, a company that operates group homes.

On March 18, a Community and Government Services letter notified the Hamlet of Rankin Inlet “the proposals were evaluated according to the evaluation criteria expressed in the RFP document. The proposal from Shift scored the highest and will be awarded the contract.”

On Wednesday, Community and Government Services spokesperson Mustafa Eric said it was “premature” to speak about the government’s awarding of the contract because the department is still in negotiations about its request for proposals to run the home.

The department would not provide any other information, such as how Shift was ranked in the evaluation of the RFP, he said.

Shift’s website says it was formed in 2011 under the name Atlantic Youth Inc. and now has a specialized focus on northern youth services.

Towtongie said the hamlet didn’t make money on the group home, “but we did it.”

It employs 14 people, part- and full-time.