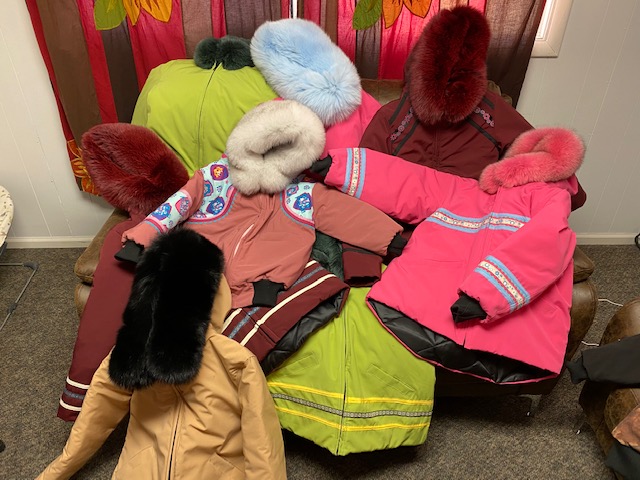 These parkas were made by Rankin Inlet seamstresses for kids in need. (Photo courtesy of the Embrace Life Council)

Fourteen kids in Rankin Inlet will be a bit warmer this winter after a group of seamstresses hand-sewed them new fur-trimmed parkas.

Funding for the project came from the Embrace Life Council.

Sherry Morey got the ball rolling on behalf of the council back in October after taking suggestions from the community.

“They thought with the winter coming up, a lot of kids don’t have warm parkas to wear because they saw kids going around in October in light wind jackets,” she said from Rankin Inlet. 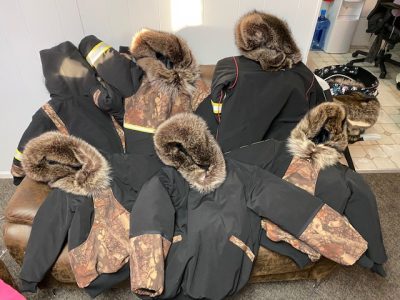 Morey said she contacted social services to find out which kids were in greatest need.

“They gave us no names, just sizes and genders of children they knew needed parkas,” she said.

Local expert seamstress Maani Brown was hired as an instructor and provided patterns for the volunteers, who were all beginner seamstresses, Morey said.

“The volunteers had to choose a pattern, cut it and sew it from start to finish, including the fur trim,” she added.

And in appreciation for their time, the volunteers were rewarded.

“Each participant was able to take home a pattern of their choice and all the material and fur to make a parka at home with the knowledge they learned,” Morey said.

The project wrapped up Nov. 5, just in time for the winter.

Morey said the experience was very rewarding for her as the program co-ordinator and for the burgeoning seamstresses.

“Everyone seemed to like to work together, everybody was helping each other, so it was a real team effort where we supported each other,” Morey said.

The funding for this program was aimed at easing the hardships during the pandemic, Morey said.

But after the success and warm reception to the program from the community, Morey said she thinks it could continue.

“It was a one-time thing, but I know the community is looking for funding to do it again,” she said.