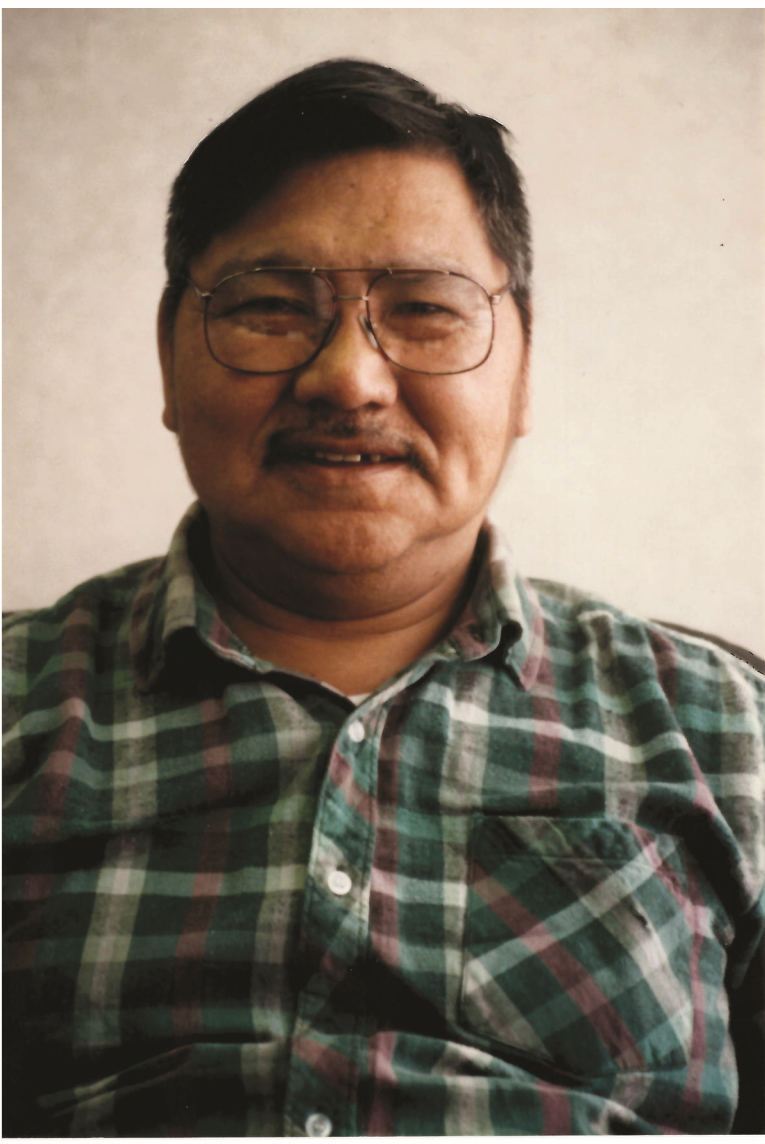 Longtime NTI vice-president was a signatory of Nunavut Agreement, pushed for Inuit self-determination

Raymond Ningeocheak, a longtime vice-president of Nunavut Tunngavik Inc. and member of numerous organizations in the territory, is being remembered this week for his long service to Nunavut.

“On behalf of Nunavut Inuit, I give my deepest condolences to Raymond’s family,” NTI president Aluki Kotierk said in a news release.

“He will forever be remembered as a true and selfless leader.”

As one of the signatories to the Nunavut Land Claims Agreement — the 1993 document that led to the creation of a separate territory for Inuit from central and eastern Northwest Territories — Ningeocheak played an important role in Nunavut’s history.

Among his numerous services, Ningeocheak was the second vice-president for NTI and a board member for the organization.

“He taught me if you want people to be nice to you, be nice to them.”

Ningeocheak served as vice-president of NTI from 1993 to 2011. Before the Nunavut Agreement was finalized in 1993, he had held multiple roles in the region.

After his time at NTI, Ningeocheak was vice-president of the Kivalliq Inuit Association from 2012 to 2019.

“He devoted his life to making Nunavut a better place to live,” Premier P.J. Akeeagok said of Ningeocheak in a statement released on Facebook.

“It was an honour to have worked with him and I will miss him dearly.”

Throughout his life, Ningeocheak led or was involved in several initiatives to improve Nunavut and Inuit-self determination, NTI stated in its release.

He was a proponent of Inuit harvesting rights and sustainable wildlife management. As a vice-president at NTI, he was active in having a prohibition on bowhead whale hunts changed to allow a harvest with a limit of five whales per year.

Ningeocheak also had a role in ensuring Inuit Qaujimajatuqangiit was included in polar bear population estimates and harvesting quotas.

Nunavut Tunngavik’s trichinella testing is another program he was involved in, with the pilot occurring in 2017. Currently, the program tests more than 100 walrus samples annually to ensure country food is safe for consumption.

“We as Inuit, trusted his leadership and dedicated advocacy,” said Nunavut MP Lori Idlout on Twitter.

“I ask that we come together to honour his life … his legacy must continue.”

Recently, Ningeocheak was the beneficiary of a fundraiser to pay for his flight home to Coral Harbour from Ottawa, where he lived at Embassy West Senior Living for more than a year.

After what was supposed to be a temporary stay for physiotherapy, Ningeocheak spent more than a year in the south and during that time was diagnosed with dementia, Netser told Nunatsiaq News in February.

The GN would not pay for his flight back to Coral Harbour because it felt it could not provide him the necessary care in that hamlet, the family’s lawyer, Anne Crawford, told Nunatsiaq News at the time.

Ningeocheak felt isolated in the south, Crawford said, and his family had created a plan to care for him in Coral Harbour. They were able to raise $35,000 for him to fly home Feb. 21.

Netser said her father was happy to be around family for the last part of his life and the family was grateful for the chance to be with him.

“It meant a lot to the family,” she said.

Outside of his public accomplishments, Netser said her father taught her to help and feed those in need.

“He said to always show kindness and love,” she said.