Inmates were evacuated safely Thursday afternoon after the fire broke out 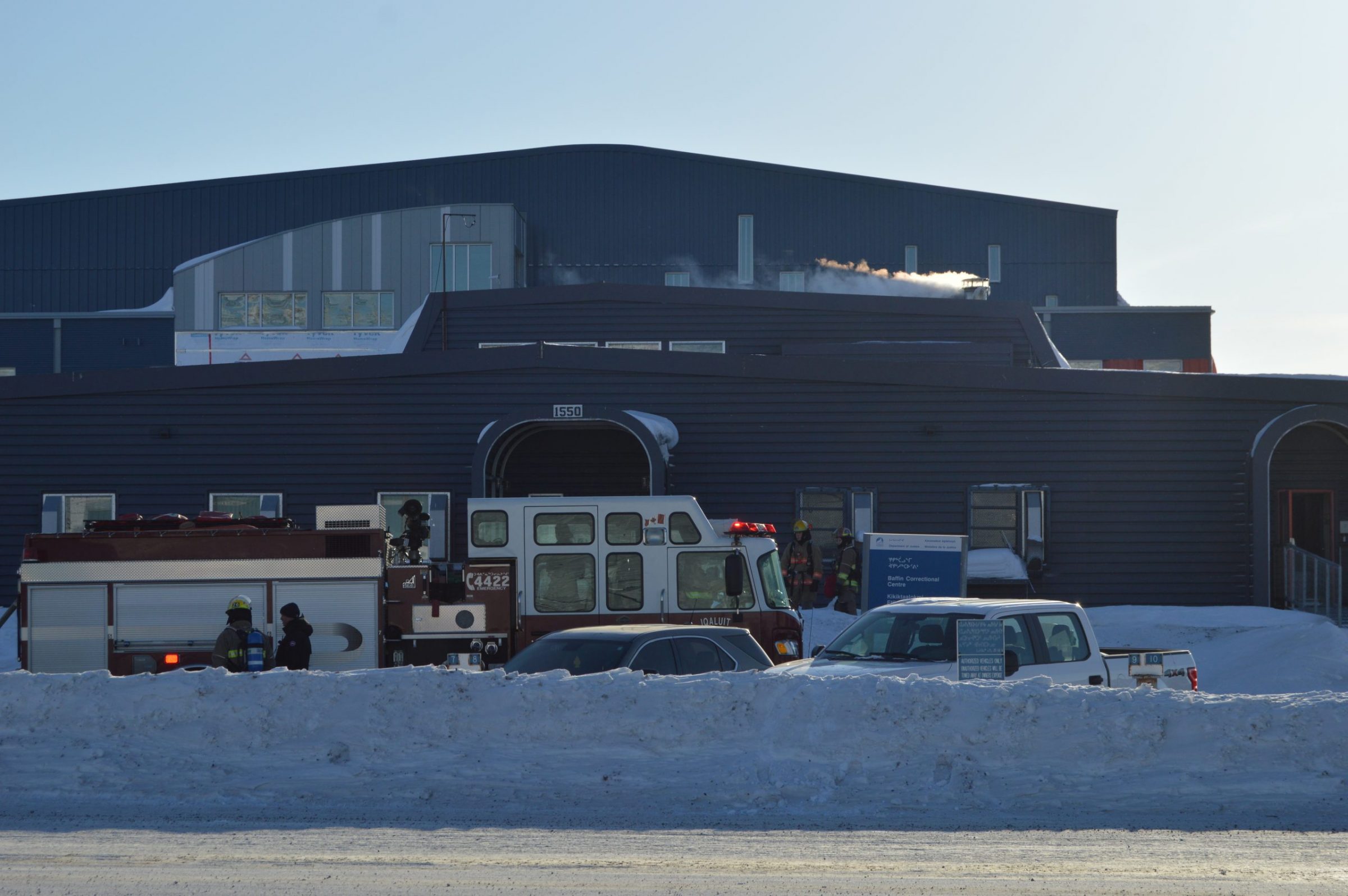 A minor fire broke out at Baffin Correctional Centre Thursday afternoon. No injuries were reported, according to the City of Iqaluit. (Photo by David Venn)

City of Iqaluit firefighters were called to the jail just north of the city’s airport at 3 p.m., as smoke billowed from the building.

The fire was minor and caused by a burning piece of plastic, said Lisa Milosavljevic, the City of Iqaluit’s communications manager, in an emailed statement.

Inmates were evacuated safely and no injuries were reported, the Department of Justice said in a news release issued Thursday evening.