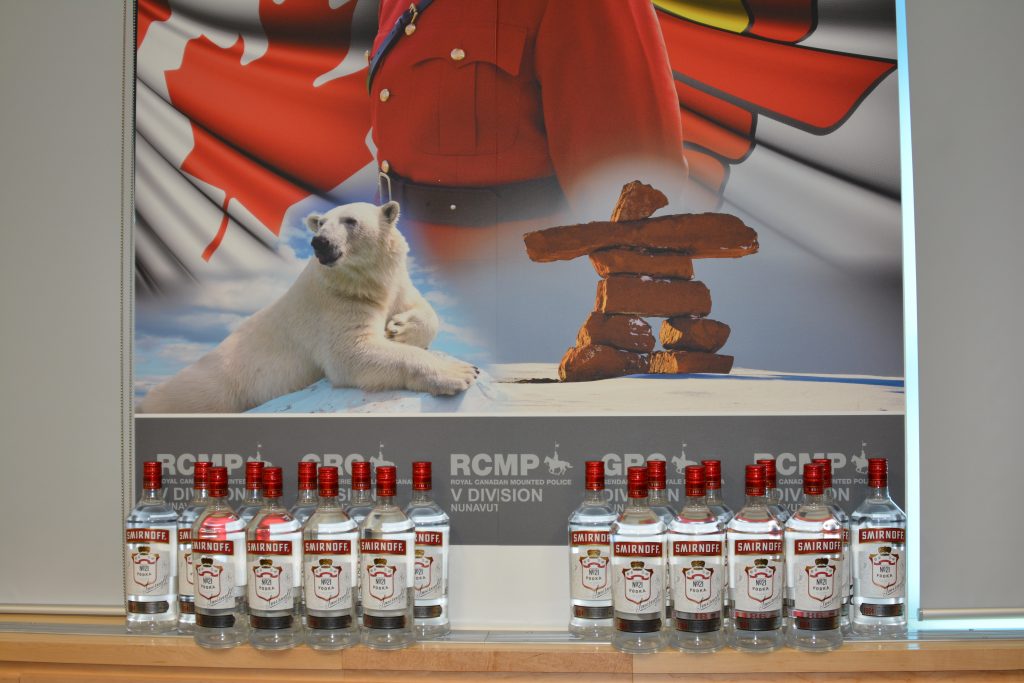 The Iqaluit RCMP seized 21 60-ounce bottles of liquor and what they described as “a large amount of cash” from a residence on Wednesday, June 24. (Photo courtesy of the RCMP)

A Nunavut man was arrested and faces several charges under the Nunavut Liquor Act, after the Iqaluit RCMP seized liquor and cash from a residence in the city.

On Wednesday, June 24, the RCMP executed a search warrant at an Iqaluit residence as part of an ongoing Liquor Act investigation. According to a news release issued on June 25, the search resulted in the seizure of 21 60-ounce bottles of liquor and “a large amount of cash.”

Gabriel Martinez, 29, of Iqaluit was charged with several offences under the Nunavut Liquor Act, including selling liquor to a minor. He was released from custody and is set to make his first court appearance on Aug. 20 in Iqaluit.

The RCMP remind Nunavummiut that anyone with information about illegal activities in their community, including bootlegging, can call your local detachment of Crime Stoppers at 1-800-222-8477. You can also anonymously text a tip to Crime Stoppers, by texting NWTNUTIPS plus your message to 274637 (CRIMES).

“Bootlegging remains to be a concerning issue that is harming our beautiful communities and I encourage people to come forward to help reduce the harm and help keep our communities safe,” said Cpl. Jamie Savikataaq in the news release.

If you or someone you know is struggling with alcohol addictions or substance abuse, or having problems, the RCMP encourage you to contact the Kamatsiaqtut Nunavut Helpline at 1-800-265-3333 or visit nunavuthelpline.ca.