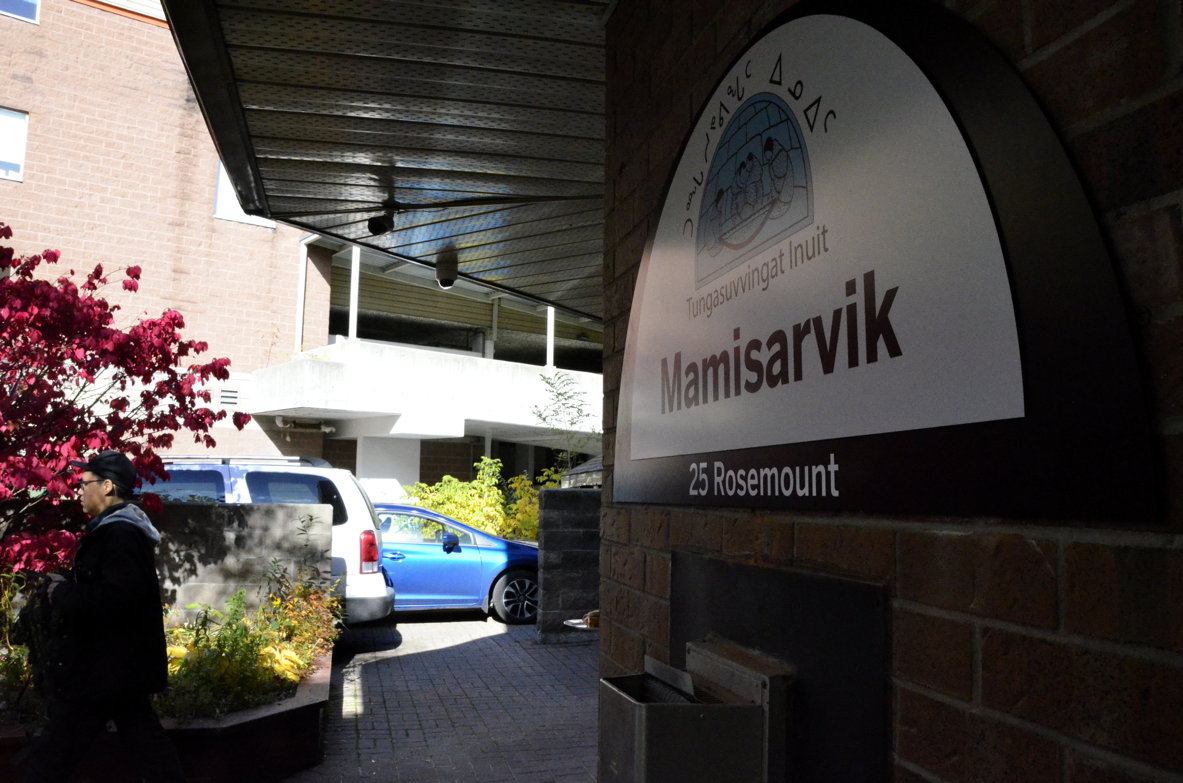 The Mamisarvik healing centre in Ottawa will accept its first day-program clients on Oct. 29 and hopes to start a residential treatment program early in 2020. Ottawa Inuit celebrated the centre’s re-opening at a big event this past Friday, Oct. 25. (Photo by Jim Bell)

The re-opened Mamisarvik healing centre in Ottawa has been designed to feel like “a loving home,” the executive director of Tungasuvvingat Inuit told a large audience of Ottawa Inuit celebrants this past Friday.

Scores of Ottawa Inuit and their friends gathered at the healing centre, located at 25 Rosemount Ave. in Hintonburg, to enjoy music, games, country food and square dancing.

“We don’t want you to feel as if you’ve gone somewhere other than a loving home,” TI’s executive director, Jason Leblanc, said in his opening remarks.

“It’s a place where you will be welcomed, where you will have opportunities to experience our food, our language, our culture and share a safe space. Our team is so proud of that,” LeBlanc said. 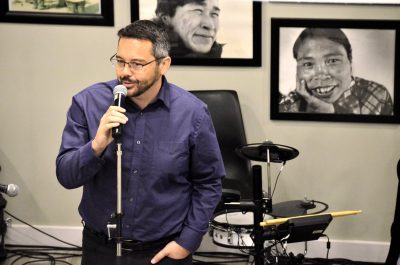 Jason LeBlanc, the executive director of Tungasuvvingat Inuit, said the re-opened Mamisarvik has been designed to help Inuit feel at home. (Photo by Jim Bell)

The original Mamisarvik, which operated between 2003 and 2016 from a building on Russell Rd., closed after its funding sources dried up.

After that, TI bought the Rosemount Ave. building, which once served as a rooming house, and renovated it from top to bottom.

“From when this building was first acquired until now, the progress has just been tremendous,” said Kaajuk Kablalik, TI’s president.

A day program was to have started there on Oct. 29 and the first residential treatment program will start in early 2020.

Each client bedroom is put together with a homey look, with a small armchair, a bed, a simple desk and Inuit art on the walls. 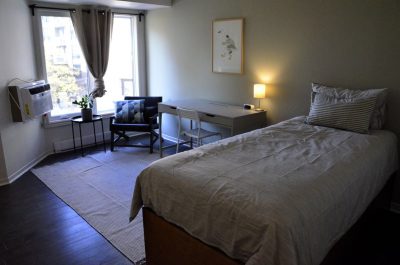 Here’s what a typical client bedroom looks like at Mamisarvik. (Photo by Jim Bell)

The day and residential programs will use individual and group therapy, and group sharing, TI said in a news release.

“A strength-based approach is used, and topics throughout treatment will include trauma, substance use, self-regulation, relationships, anxiety, stress management and many more,” TI said.

And clients will pursue cultural activities and spend time with Inuit elders.

“The program will provide a much-needed non-mainstream option for Inuit in Ontario. The continued support for this program will align with the calls to action number 22 of the Truth and Reconciliation Commission to respect traditional healing practices of Inuit,” said Chris Stewart, TI’s director of health and wellness.

That’s why one of the project’s major backers is the Government of Ontario.

“As a result of collaborative efforts, support from the Government of Ontario and a detailed strategy, Mamisarvik returns revitalized and ready to enhance the lives of Inuit on a journey to healing and wellness,” TI said.

As well, TI is talking to the Government of Nunavut about reaching a future agreement that could possibly see Nunavut residents receiving residential treatment at Mamisarvik, Stewart said.