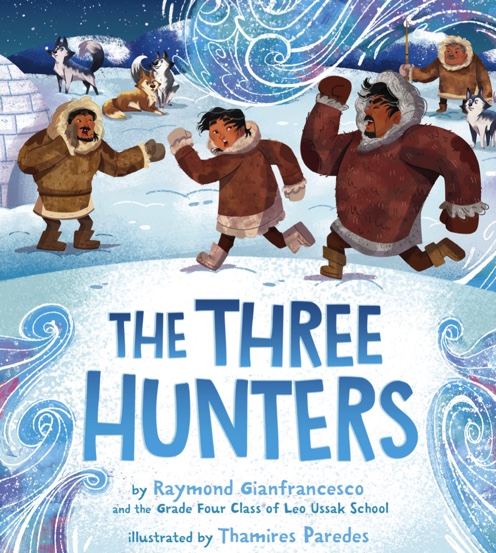 The Three Hunters, a new book co-written in 2019 by teacher Raymond Gianfrancesco and his former students at Leo Ussak elementary school in Rankin Inlet, is a reimagined telling of the classic Three Little Pigs story, only this version is set in Nunavut and follows three hunters as they face a blizzard. (Image courtesy of Inhabit Media)

Three hunters, all brothers, make their way out on the land of Nunavut.

Akagaq, the youngest brother, makes a tent to shelter from a blizzard, but the powerful winds knock it down. The middle brother, Tiriaq, finds shelter in a snowdrift, but the wind blows out their qulliq, a sealskin oil lamp.

It’s not until Akkiutaq, the eldest brother, brings them to his sturdy igloo that the three brothers are safe from the blizzard.

If the story of these three hunting brothers sounds familiar, that’s because it’s a reimagining of the classic fairy tale, The Three Little Pigs, but set in Nunavut.

Gianfrancesco, who taught in Rankin Inlet from 2013 to 2019 and now teaches high school in Ottawa, started writing the book with his students in 2019 as part of a folk tales and fairy tales unit his class was studying.

“We had read a bunch of like versions of the Three Little Pigs, so we decided to write our own [northern] version,” he said.

“We combined our social studies unit about traditional tools, traditional practices, and then we just incorporated all of that into our story.”

The tale follows the structure of the original story, but draws inspiration from traditional Inuit practices and northern references: instead of three little pigs, the protagonists are three hunter brothers; instead of a big bad wolf blowing down their houses, a blizzard strands the brothers when they’re out on the land; instead of a house made of brick standing tall at the end, a well-built igloo keeps the three safe from the storm.

Writing a story together as a class was also a great way for the students to learn about tackling big projects and about different learning styles, Gianfrancesco said.

“So the three hunters all sort of took on characteristics of that.”

The first brother “doesn’t take anything seriously,” the middle one is “arrogant” and the third brother is “earnest and considerate and sort of mindful of his learning.” 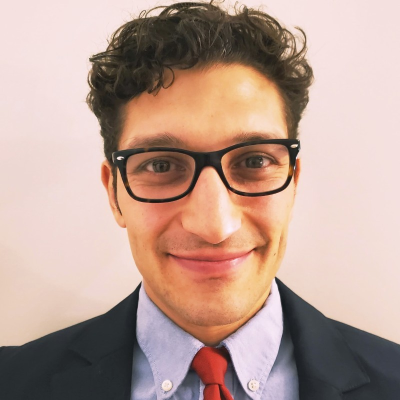 Gianfrancesco said the story “wrote itself a little bit,” as his students followed the fairy tale format and incorporated the cultural images and Inuktitut language they were learning.

“The idea of a fairy tale sort of exists as long-lasting, because it does follow a structure that is easily retold … and it’s sort of fitting within the general oral tradition of stories,” he said.

“We took things from culture class and language and we just started compiling … we would add new adjectives and take words from our word wall and just sort of keep building and rewriting.”

He called it “a really awesome process.”

The book took about six weeks to write, Gianfrancesco said, with his class meeting every day after lunchtime to work on it for a half-hour or so.

Initially, it was meant just as a culminating project to bring together all the things they learned during the year.

But when Gianfrancesco read the finished story, he realized how good it was.

“We had no intentions of publishing, but it was awesome. I really thought it was a great book. I was like, ‘This is better than all the other ones out there. We should definitely publish.’”

After talking with the students’ parents, he submitted a pitch to Iqaluit-based publishing house Inhabit Media. It was accepted, and the process of creating a published book took two years from there.

Gianfrancesco donated half of his proceeds from the book advance to the Rankin Inlet Ikurraq food bank, while the other half went to the school.

He said co-writing the book with his students was “maybe the best learning experience for my career,” as a teacher.

“I thought I would want to be a published writer myself, and it never actually happened. And I didn’t expect to be going about it this way.”

The Three Hunters is illustrated by Thamires Paredes and available Tuesday from Inhabit Media.