‘When it comes to children’s lives, we are going to put our foot down and we want justice,’ organizer says 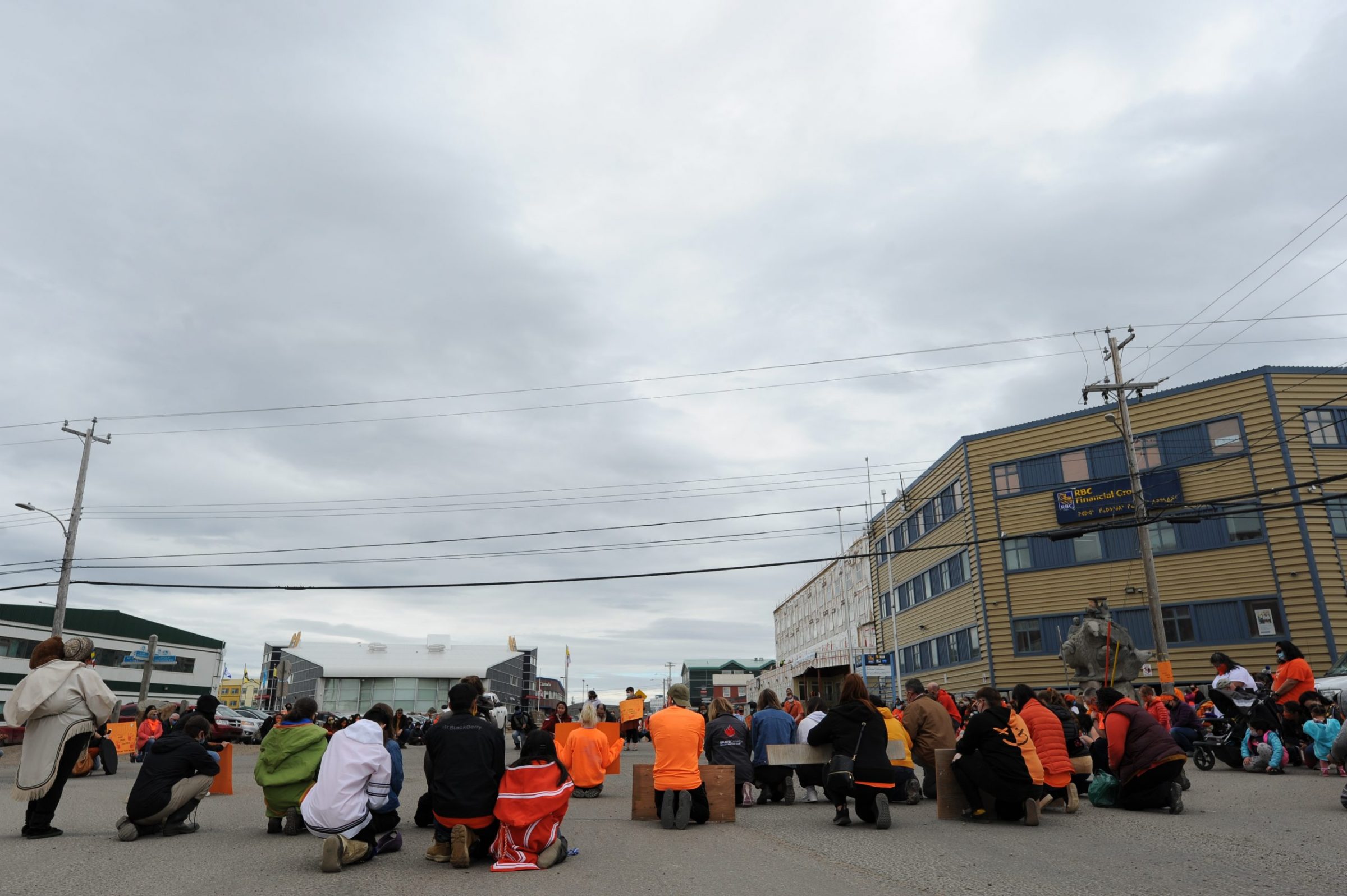 Around 100 people took a knee during a moment of silence at Iqaluit’s Four Corners on Canada Day. They gathered to honour the lives of the children whose bodies were located in unmarked graves at former residential schools. (Photo by David Venn)

Around 100 people gathered at Iqaluit’s Four Corners on Canada Day to honour the children whose bodies were located in unmarked graves at former residential schools across the country.

Hundreds of unmarked graves have been located at former residential schools over the past two months, and First Nations have started their own searches for other gravesites.

The Every Child Matters Remembrance Gathering began at 1 p.m. featured signs that read “Canada Day” with an “X” through it, “justice” and “every child matters.”

Mary-Lee Aliyak, who organized the event, rallied the crowd and brought up survivors of the residential school system to share their experiences.

Aliyak shouted “Kamloops,” into a loud-speaker, and the crowd shouted back, “2-1-5.”

Then, she called out six other locations where, collectively, the remains of 1,290 children were said to be found at former residential school sites, and the crowd answered. 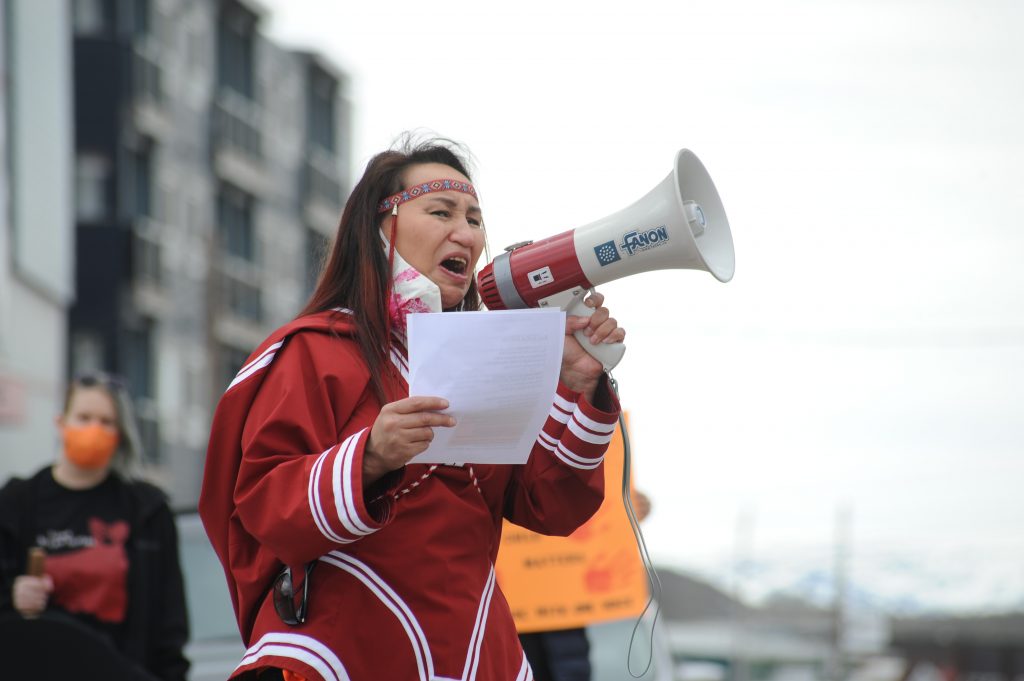 Mary-Lee Aliyak, who organized the Every Child Matters Remembrance rally Thursday in Iqaluit, called on the federal government for justice and shared her experience of being a survivor of the residential school system. (Photo by David Venn)

There are more, she said.

Attendees, mostly dressed in orange and wearing masks, listened to survivors as they took turns with the loudspeaker, telling the crowd about the trauma they continue to suffer because of the residential school system.

“I used to be a left-handed girl,” Aliyak said. “They beat my left hand so much I became right-handed.”

Aliyak brought her son and granddaughter to the centre of the intersection, and spoke about intergenerational trauma.

“[The government has] stolen much more, but when it comes to children’s lives, we are going to put our foot down and we want justice,” she said.

The gathering finished at around 2:30 p.m. with a drum dance and people placed candles and shoes at the rocks in front of the Legislative Assembly.

Meanwhile, a block away, people gathered at the Tukisigiarvik Inuit village at Iqaluit Square and behind the Elders’ Qammaq, which was one of the many events the city planned throughout the day.

Similar to National Indigenous Peoples Day, there were pop-up stations that served food and drink and that Arnaitok Arena, Arctic Winter Games Arena and the Aquatics Centre had free skating, turf time and swimming.

Mayor Kenny Bell released a statement early in the day, calling on Iqalummiut to stand in solidarity with Indigenous Peoples across the country.

“It is not a time to celebrate,” he said. “Let’s move forward together to build a stronger country where Indigenous Peoples are at the forefront,” Bell said.