“When these fish are too hot, they can get lethargic, slow down, and possibly turn back during their migration” 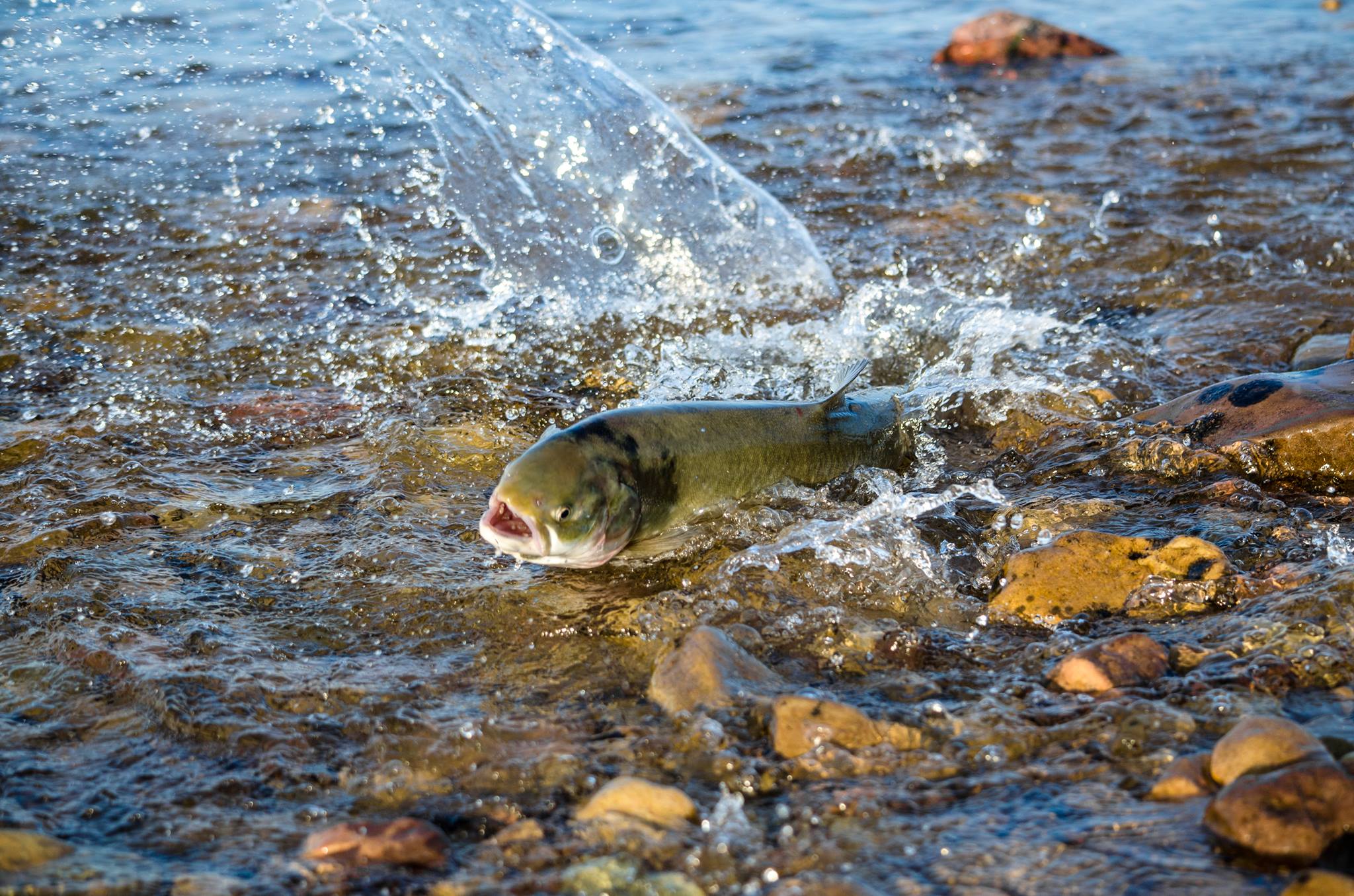 Arctic char migrate upriver through shallow water at Halokvik near Cambridge Bay in August 2017. New research shows that when the water is too warm, the fish have a much harder time migrating. (Photo by Matt Gilbert)

Arctic char, the most northerly freshwater fish on the planet, may struggle to survive as the polar climate warms, five years of research in western Nunavut suggests.

During their lives, Arctic char are exposed to dramatic temperature changes from -1 C to 21 C.

This means many Arctic char already encounter temperatures that are hard on their hearts and make it more difficult for them to recover from the vigorous exercise of upriver migration, said Gilbert, who studied Arctic char at Palik (Byron Bay), Halokvik (30-mile), Ekalluktok, Freshwater Creek, and Jayko River near Cambridge Bay.

“In general, when these fish are too hot, they can get lethargic, slow down, and possibly turn back during their migration to seek cooler water. When the water gets really warm they can even lose their ability to stay upright,” he told Nunatsiaq News.

Gilbert’s thesis detailed how Arctic char health declines when the fish are in water ranging in temperature from 14 C to 18 C.

Consistently higher temperatures could even stop char from making their return migration to the lakes they spawned in, Gilbert said.

Arctic char migrate between freshwater habitats and the Arctic Ocean many times throughout their lives.

When in fresh water, Arctic char spend most of their lives, from October to June, under ice at temperatures between 0 and 4 C, although young Arctic char may spend time in warmer water of about 14 C in the summer, from July to August.

Then, after moving to the sea, after about five years in the lakes, they spend most of their time at temperatures of about 6 C.

They also go to areas with temperatures near freezing while diving to feed or to escape predation, Gilbert said in his thesis.

But the upriver migration of Arctic char is the point in their lives where they are most likely to encounter maximum temperatures, he said.

During his research around Cambridge Bay, Gilbert found Arctic char heading upriver could not endure heat stress at 18 C.

His thesis showed that the water temperatures encountered during their migration may already be warm enough to impair their heart function and ability to recover from strenuous exercise.

“The consequences of migration failure and associated reductions in fitness may be particularly dire in regions like the Kitikmeot, where Arctic char are heavily harvested and relied upon as both a subsistence and economic resource,” he said. 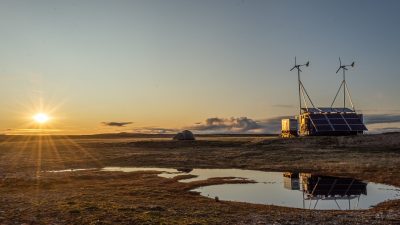 The Arctic Research Foundation’s mobile laboratory at Palik (Byron Bay) where Arctic char research was carried out in 2019. (Photo by Matt Gilbert)

For his on-site research, Gilbert relied on a mobile laboratory to assess how temperature changes migrating Arctic char.

The Arctic Research Foundation developed the lab, made from shipping containers outfitted with wind, solar and generator power, Gilbert said.

To study how temperature affects Arctic char health by measuring their heart rate and metabolism, Gilbert had to anaesthetize fish.

“Anaesthetizing the fish is actually fairly simple. The fish are just placed in a cooler of anaesthetic that puts them to sleep within a couple of minutes,” he said. “That allows us to tag them, measure them, or record their heart rate. Once the fish are placed back into freshwater they recover and are able to swim within a few minutes.”

That’s how he determined Arctic char maintained aerobic performance over an impressive temperature range of 4 C to 16 C, but could not recover from exhaustive exercise at temperatures above 16 C.

The char’s heart rate, which should increase with acute warming, began to plateau at 16 C, declined at 19 C and became irregular at 21 C.

Gilbert also conducted similar assessments on four other Arctic char populations to determine how they differed.

But Gilbert said acclimation to heat prior to upstream migration through warm rivers could possibly influence migration duration and success.

More research is needed to determine whether Arctic char are able to adapt and, if so, how long this would take, Gilbert said.

“Many species are shifting their ranges northward. Arctic char may also be able to do this, however, there is only so far they can go as they already have a very northern distribution,” he said. 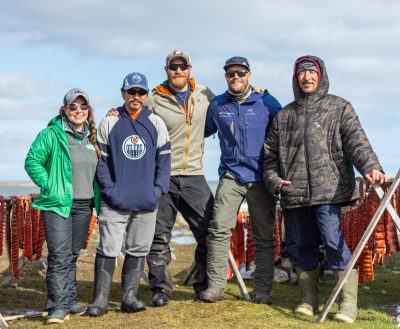 His research is part of a much larger Arctic char research program in collaboration with Jean-Sébastien Moore from Laval University and Les Harris at Fisheries and Oceans Canada.

“Every year our research is reviewed by the board of the Ekaluktutiak Hunters and Trappers Organization and nothing is done without their support, so we are very grateful for their participation in that process,” Gilbert said. “Beverly Maksagak, the manager of the EHTO, played a major role in co-ordinating field-research staff, which included Darcy Kanayok, Kevin Kanayok, Colin Amegainik, Meyok Omilgoetok and Richard Ekpakohak.”

The results of their research, which they plan to continue, left Gilbert, now a Weston Family post-doctoral researcher at the University of New Brunswick in Saint John, “concerned, but also optimistic.”

“Climate change is an urgent global issue that necessitates large systemic change, so obviously I’m very concerned that not enough will be done at the global scale to address Arctic warming,” he said.

“With that said, I’m optimistic about the future of Arctic char in the Cambridge Bay area because I’ve been fortunate enough to get first-hand experience with how diligent the HTO, DFO, and community in general, are in managing the fishery to make sure that is sustainable.”