Russia is member of Inuit Circumpolar Council and Arctic Council 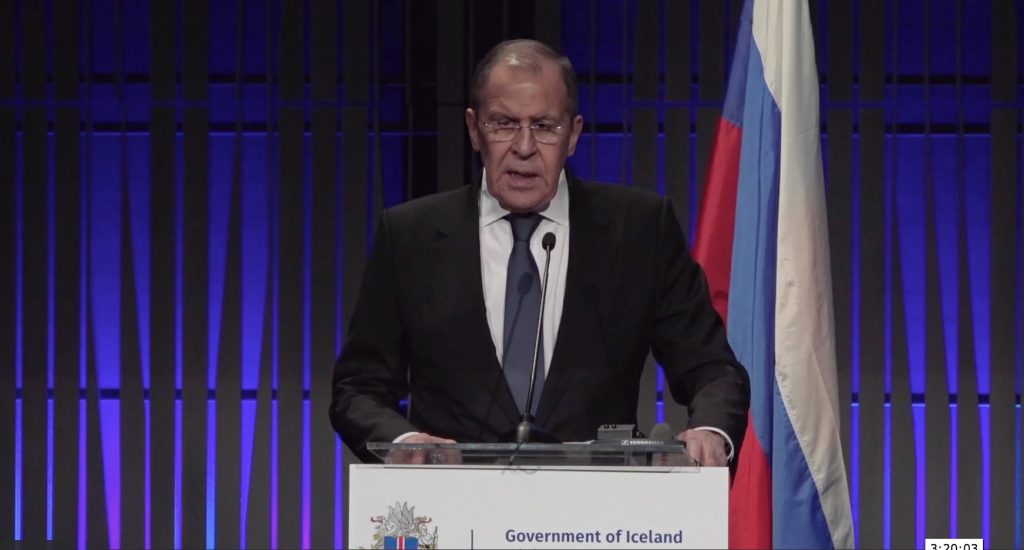 Russian Foreign Minister Sergey Lavrov speaks at a May 2021 news conference after Russia took the chairmanship for the Arctic Council. (Screenshot from Arctic Council)

Some Arctic organizations are distancing themselves from Russia after the country’s sudden invasion of Ukraine late last week.

On Feb. 24, Russia launched a full-scale invasion of Ukraine, bombing several cities, including the capital, Kyiv. The invasion has spurred loud rebuke from across the globe, including from Canada, which has imposed economic sanctions, provided Ukraine military equipment and closed its airspace to Russia.

Russia is the current chair of the Arctic Council, of which the Inuit Circumpolar Council is a member. The Arctic Council is one of the most significant international bodies for discussing issues that affect the North, such as climate change.

At the moment, members of ICC Canada are planning not to travel to Arkhangelsk, Russia, at the end of May for Arctic Council meetings, said Ell-Kanayuk.

But she added ICC Canada has kept in contact with ICC Chukotka and the two members are committed to continuing to work peacefully and co-operatively.

Arctic360, an organization focused on bringing sustainable investment to the North, also cut ties with Russia in response to the invasion. Former Iqaluit mayor Madeleine Redfern is the executive director of Arctic360’s northern branch.

The organization has excluded Russia from its annual conference, scheduled from March 9 to 11 in Toronto.

Russia was scheduled to make a presentation on its role as Arctic Council chair at the conference, according to a news release from Arctic360.

“It was clear, the business-as-usual stance between Arctic states and by extension at the Arctic Council has dramatically changed,” the release states.

“All that is known now is that the Arctic Council will not, in the immediate future, look like the past 25 years.”