Sealskin under the spotlight at Nunavut photo shoot 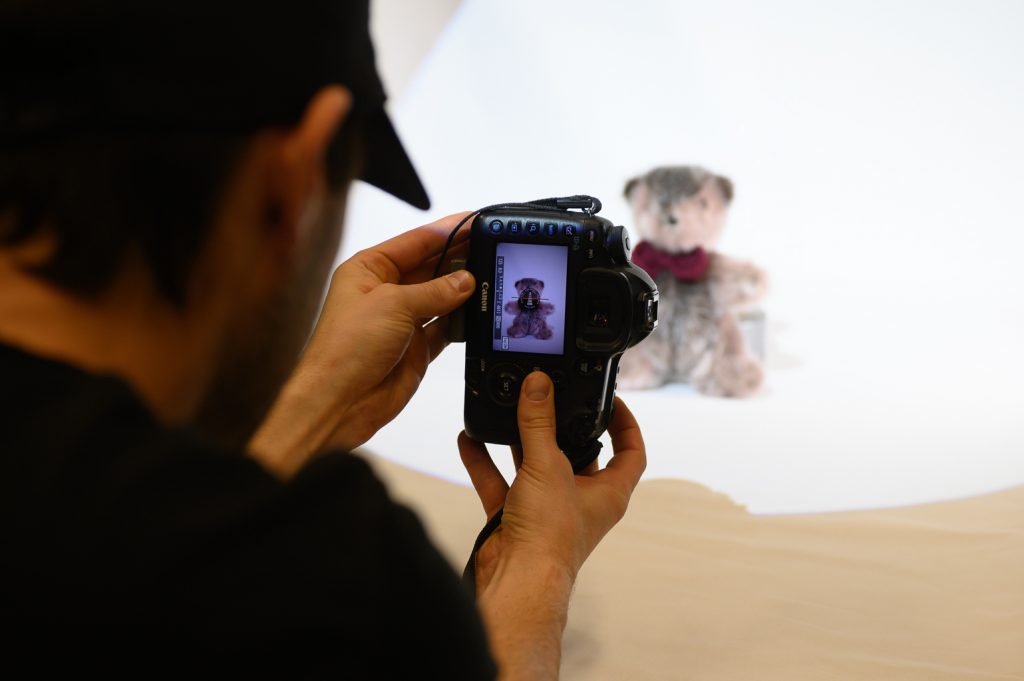 A sealskin teddy bear gets ready for its close-up during a photo shoot on Wednesday, Nov. 20, in Iqaluit. The photo shoot, organized by the Nunavut government’s fisheries and sealing division, was open to the public and meant to provide sealskin crafters with professional photos of their work, while bolstering the division’s library of sealskin product photos. (Photo by Dustin Patar)

From purses and pillows to mitts and stilettos, sealskin products of every size were under the spotlight on a recent afternoon at Iqaluit’s francophone centre, as part of a photo shoot organized by the Nunavut government’s fisheries and sealing division.

The shoot was meant to provide professionally taken photos to crafters who work with sealskin, while also bolstering the division’s image library that is used in promotional and marketing materials for undertakings like Nunavut Sealing and a new project the division is spearheading called The Circumpolar Crafters Network.

Formed at the end of 2018, the network was developed to find new, collaborative ways of bringing awareness to crafters working with fur and leather in circumpolar countries.

“We just started recognizing that it was great to have meetings with high-level officials and to find out what the business environment was like, find out what the market would have been like for seals—kind of rebuild that social-economic trust, so people understood that this was an Indigenous harvest from the Canadian Arctic and that there’s nothing wrong with the seal populations and so on—but we weren’t really getting at the crafters, the people who are actually going to be using the materials,” said Janelle Kennedy, manager of program delivery.

The Circumpolar Crafters Network’s mandate is to explore and develop new markets to promote sales of these products, including sealskin.

It’s been nearly a decade since the EU implemented the ban on seal products that has caused a long list of well-documented problems both in Nunavut and across the Arctic.

For Kennedy, the network is not just about getting a bigger market but also a more meaningful one by connecting crafters.

“If you do that and you link the crafters together, it’s organic, it’s self-sustaining, they will take care of themselves,” said Kennedy.

Eventually, the network plans to launch an online store.

“The e-commerce site isn’t just for people to sell sealskin products, they’ll also be able to buy each other’s stuff, their raw materials. So when a crafter here wants to use traditionally made fish-skin leather from Norway on their sealskin keychain, or a pair of earrings, they’ll be able to have that exchange,” said Kennedy.

For now the online store is a work in progress, but building a photo library was an important next step. 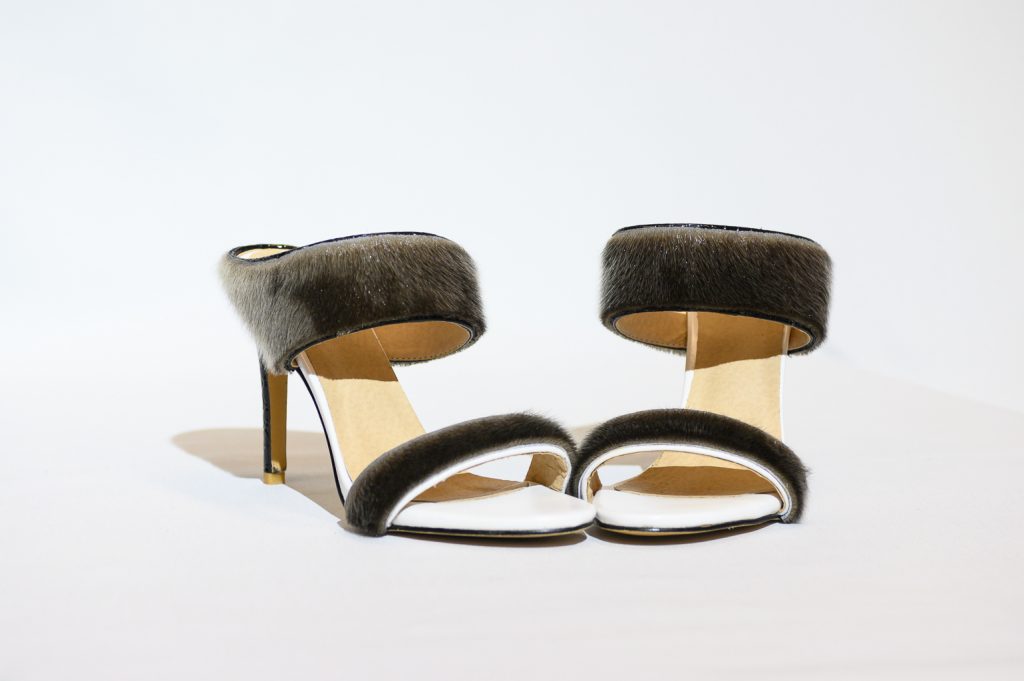 A pair of sealskin stilettos crafted by Nicole Camphaug, an Iqaluit local and owner of ENB Artisan, was just one of many products photographed last Wednesday afternoon as part of a photo shoot organized by the fisheries and sealing division. Additional photo shoots are being planned for Ottawa and Pangnirtung in the coming months. (Photo by Dustin Patar)

Last Wednesday’s photo shoot in Iqaluit drew a number of local crafters, including Nicole Camphaug, an Iqaluit resident and owner of ENB Artisan.

“I think it’s nice to have a professional photographer here to take good-quality photos,” she said, as the photographer carefully framed a pair of her sealskin stilettos.

Camphaug was also part of the Circumpolar Crafters Network group that travelled to Europe earlier this year to present and sell sealskin products.

“It was really exciting because you got to talk to people and tell them where you’re from and what you do with the seal and how important it is to us,” said Camphaug.

According to Kennedy, who was also on the trips earlier in the year, people were very receptive, particularly at Riddu Riđđu—an annual international Indigenous festival in Kåfjord, Norway—where the Circumpolar Crafters Network tent sold more than $27,000 worth of sealskin goods in two days.

Kennedy is optimistic about the future of the sealskin market.

“Things have definitely changed, we just need to keep it up,” she said.

Ultimately she hopes that the network will be able to stand on its own, as a completely separate entity from the fisheries and sealing division.

In the meantime, work will continue and sealskin product photo shoots—like the one in Iqaluit—are also being planned for Pangnirtung and Ottawa.

Crafters interested in attending can email the fisheries and sealing division for more information.