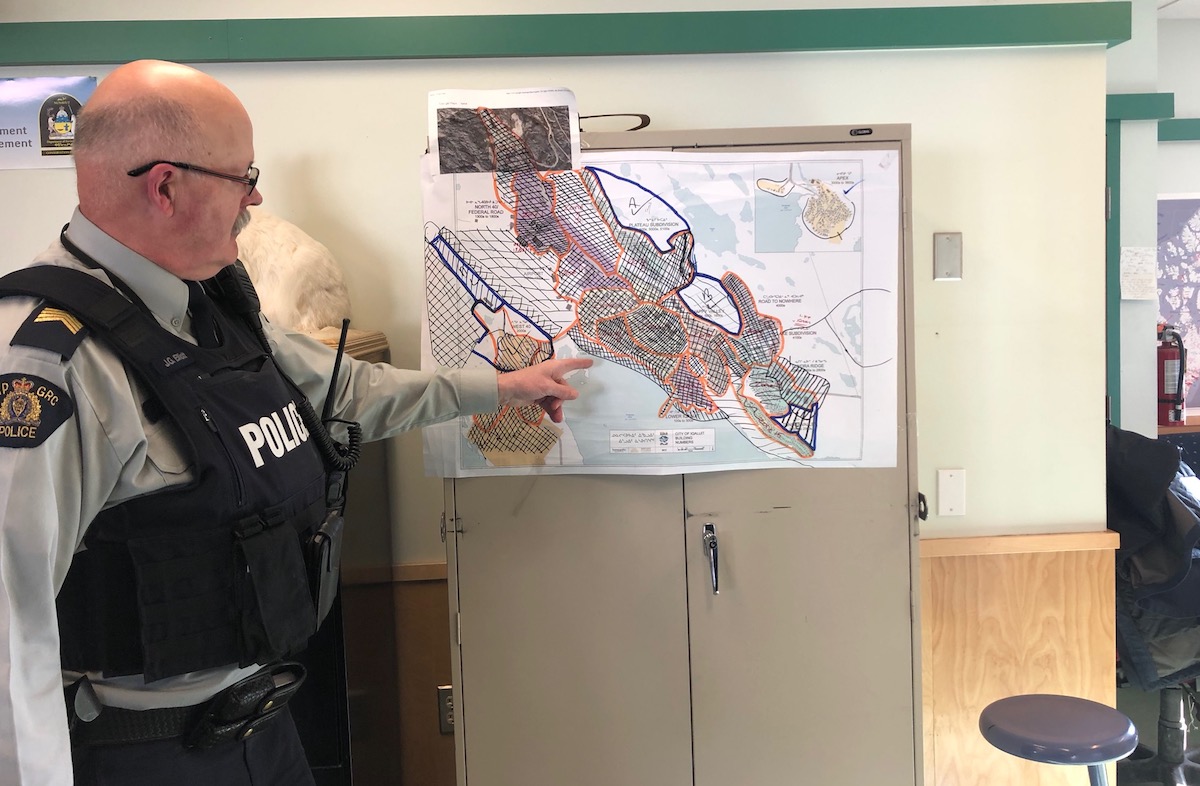 More than 60 volunteer searchers, members of the Iqaluit RCMP and Nunavut Emergency Management staff were unable to locate Ambar Roy during a city-wide search today.

At about 4 p.m. the search was called off, the RCMP said in a release sent out shortly before 5 p.m.

“It is believed Ambar remains within the City of Iqaluit and our investigation will continue until he is successfully located,” the release said.

But searchers did not see any sign of the 18-year-old who has not been seen since last Thursday, said RCMP Staff Sgt. Garfield Elliott this afternoon from the search command centre at the Nunavut Wildlife Management office.

Roy, a university student in Ontario, was visiting his parents in Iqaluit and was scheduled to fly out on March 12, but missed his flight.

He was last seen leaving the Iqaluit International Airport on Thursday, March 14, at 11 a.m.

Roy did not remain at the airport after the missed flight on March 12, police said. However,  he apparently returned to the airport on March 13 and again on March 14, but a travel ticket was not issued, and Roy hasn’t been seen since.

The search started on Wednesday morning at about 9 a.m., with many Iqaluit residents signing up to participate.

Joining the search were the missing boy’s parents, Bijoya and Amal, who said their life has stopped since their son went missing. 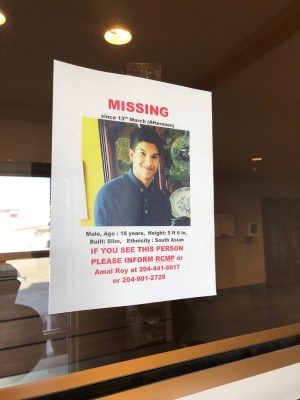 This poster asks people to look for Ambar Roy and to provide tips, if they know where the teenager, missing since March 14, is. (Photo by Jane George)

“We love him so much,” Bijoya said. “We want him back,” Amal added.

The two, who work in Iqaluit, Bijoya at the high school and Amal for the federal government, described their son as a “strong boy.”

Asked what they wanted to tell their son, they both said that they would support him in working out whatever problems he is experiencing.

The police had the same message for Ambar Roy: “Roy has not committed any crime. The RCMP’s only concern is to locate him and ensure he is safe.

Once Roy is located, “the RCMP can work with him to identify what resources they could connect him with for any assistance he may need.”

Throughout the week, Ambar’s parents and their friends have scoured the city of about 8,000, also without success.

Taxi drivers and many local residents said they have also been keeping an eye out for the boy.

Today, the volunteers, well-dressed to keep warm in the -30 C temperatures, went out in teams of three, assigned to look in grids throughout the city. Each team received a radio phone so they could call in any sighting of Roy. 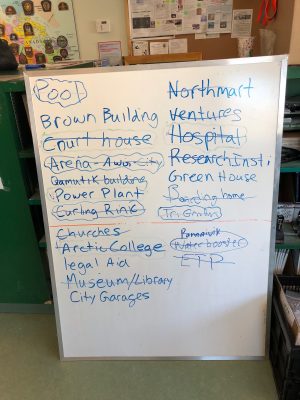 This board in the command centre shows all the various public buildings searched on Wednesday in the hope of finding Ambar Roy. (Photo by Jane George)

Police encouraged everyone in Iqaluit to remain vigilant for Roy and, if observed, to continue to provide information.

“Your assistance is appreciated and helpful to locating Mr. Roy,” the release said.

It’s the third such city-wide search that’s been conducted within recent years—one in 2014 for Ben Palluq and another in 2016 for Lucassie Etungat. Neither was found.

Roy is described as five feet, seven inches tall, weighing 135 pounds, with a slim build. He has black hair and brown eyes and is South Asian.