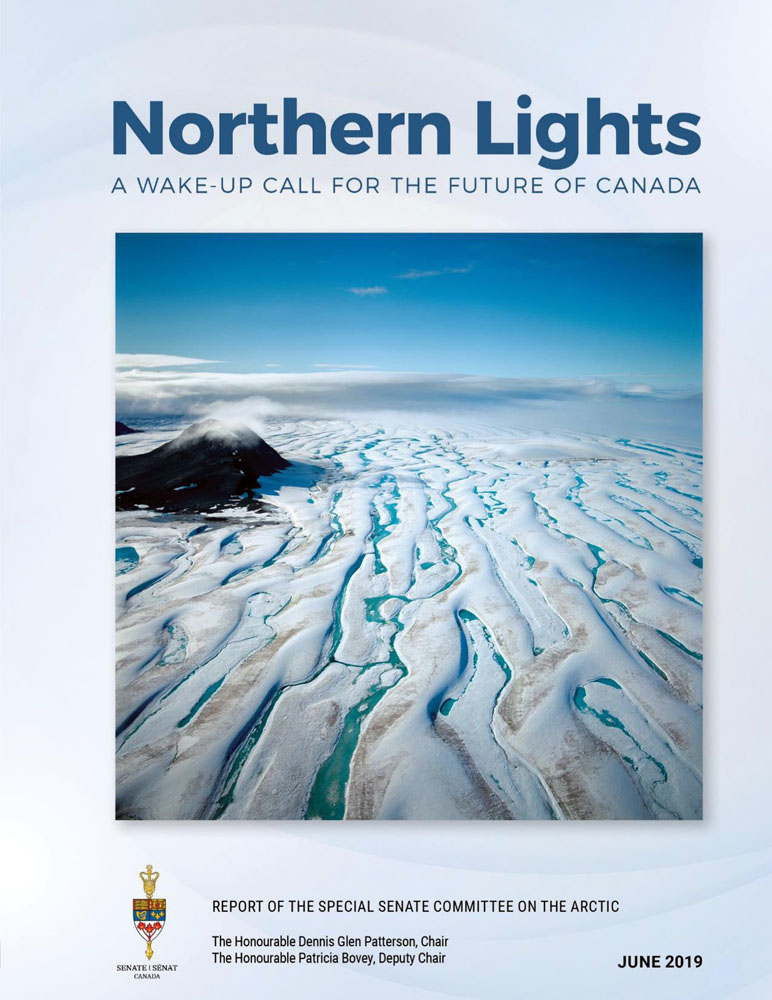 The Senate Special Committee on the Arctic, in a report released on June 11, calls on the federal government to spend more on Arctic infrastructure and to empower northern governments.

Senators say Canada must do more, spend more in the Arctic

“The Arctic’s residents are marginalized by their exclusion from investment”

Saying the Canadian Arctic suffers from a long history of neglect and disregard, the Special Senate Committee on the Arctic, in a report issued today, is calling on the federal government to build more, train more and spend more in northern Canada.

“It is a world where the advantages of the modern world have still largely passed us by,” Conservative Senator Dennis Patterson, the committee’s chair, told reporters this morning in Ottawa.

That view is echoed also in the text of the committee’s report, which is built on evidence they received from multiple witnesses, including many northern and Indigenous residents of Arctic Canada who spoke to the committee during a northern tour and in hearings held in Ottawa.

“From food security to access to education and health care, the high cost of living, and aging or non-existent infrastructure, the Arctic’s residents are marginalized by their exclusion from investment. Canada falls even further behind when it is compared with other circumpolar countries, which make significant investments in the Arctic regions,” the report said.

The people of the Canadian Arctic suffer from multiple shortfalls including poor broadband internet, high food prices, housing that is inadequate in quality and quantity, and poor education.

“The best jobs too often go to southerners, because training and educational opportunities for Arctic resident are scarce,” Patterson said.

To that end, one of the committee’s 30 recommendations calls on the federal government to work with Indigenous and territorial governments on the creation of an Arctic infrastructure bank.

The Senate created the special Arctic committee after passing a motion in September 2017 made by Charlie Watt, then a Liberal senator. Watt served as the Arctic committee’s first chair until he left the Senate in 2018 to take the presidency of Nunavik’s Makivik Corp.

Its original purpose was to feed ideas into the Liberal government’s new Arctic policy framework, the creation of which Prime Minister Justin Trudeau announced in December 2016.

This past February, Carolyn Bennett, the minister of Crown-Indigenous relations, said the Arctic framework would likely be released in June.

And last March, Dominic LeBlanc, then the northern affairs minister, said one reason for delays in releasing the policy is that some northern “partners” are reviewing drafts of the Arctic policy framework and writing their own chapters.

One of those partners is Inuit Tapiriit Kanatami. In a release last week, ITK said it had “approved an Inuit Nunangat chapter” for inclusion in the Arctic policy framework.

For their part, Patterson and the committee’s deputy chair, Independent Senator Patricia Bovey of Manitoba, said the federal government must work towards the empowerment of Indigenous and non-Indigenous northerners.

“The ultimate goal, in our committee’s view, should be the eventual devolution of decision-making powers about northern issues to northern institutions—decisions about the North must be made in the North, for the North and by the North,” the two senators said in their introduction to the report.

On that theme, Patterson said he’s not comfortable with the idea of the federal government using ITK as a conduit for federal funding directed towards health care and other matters.

“I am very strongly in support of the Government of Nunavut being the primary deliverer of health and social and justice and housing and municipal programs in Nunavut,” Patterson said.

Besides the creation of an Arctic infrastructure bank, the committee’s other recommendations include:

• The creation of a federal strategy that devolves federal programs to territorial and Indigenous governments.

• Create a consistent definition of “Arctic.”

• Implement an action plan to mitigate the effects of climate change on infrastructure, take immediate measures to address the housing crisis in the Arctic, and report annually to local, Indigenous and territorial governments on the effect of federal spending on housing.

• Support Indigenous or territorial governments by increasing funding for adult basic education in the Arctic, ensure students can pursue studies in their Indigenous language, and support the Government of Nunavut in establishing a university in the eastern Arctic.

• Work with local, Indigenous and territorial governments on the development of multi-use community centres for arts, culture and language.

• Create ways in which Indigenous organizations can have a say in federal research and the setting of Arctic research priorities.

• Invest in the development of infrastructure and Indigenous environmental stewardship initiatives that support a conservation economy.

• Establish “a robust governance regime” to regulate activities in Canada’s Arctic waters, including shipping corridors and bonding and insurance requirements, with the involvement and participation of Arctic Indigenous governing bodies and communities.

• Increase funding for Indigenous permanent participants on the Arctic Council.

• Recognize the “urgent need” to improve search and rescue and emergency protection infrastructure in the Arctic.

Special Senate Committee on... by on Scribd