Reports of stalking, indecent exposure and forced consumption of substances 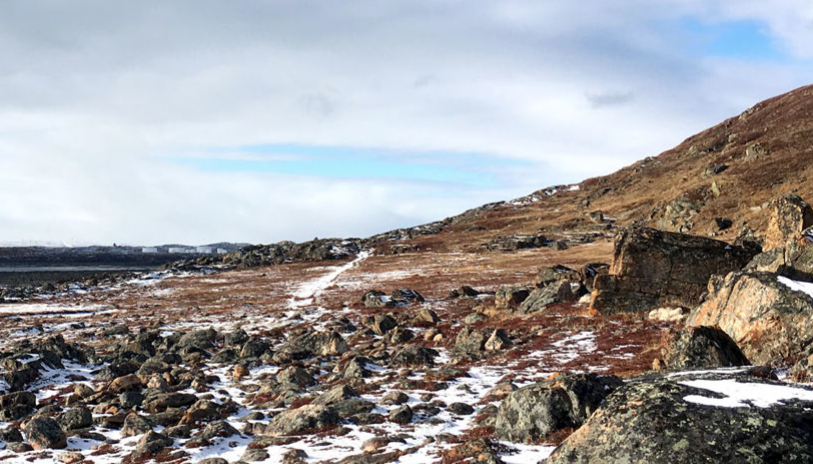 More than half of the 29 Inuit women working in the mining industry who responded to a recent survey say they have experienced repeated events of sexual harassment and violence, according to a new report by Pauktuutit Inuit Women of Canada. (Photo from Pauktuutit’s report)

Rebecca Kudloo lives in Baker Lake and has heard stories from her friends who work at the nearby Meadowbank gold mine.

That’s why the president of Pauktuutit Inuit Women of Canada isn’t surprised to hear more than half of Inuit women working in the mining industry who responded to a recent survey say they have experienced sexual harassment at work.

“One time a woman told me she quit her job because her boss didn’t respect her,” she said.

“Another told me a story when she worked as a janitor, where this man came out of his room stark naked.”

The experiences of 29 Inuit women from Arviat, Baker Lake, Inuvik and Salluit working in the resource extraction industry are outlined in the report released by Pauktuutit on March 31.

Inuit women often don’t report sexual harassment and violence out of fear of losing their jobs, shame or stigma, the report states. Women also note most human resource employees they would have to report to are not Inuit.

One of Pauktuutit’s recommendations in the report is for companies to hire more women and Inuit women in management and human resources positions. It also recommends offering support services in Inuktitut and having another woman present when an employee comes forward to report.

“If a woman is there, I think women would feel more comfortable talking to them,” said Kudloo.

A few women said actions were taken against them when they reported to human resources departments and one woman said she was told to keep quiet about an incident, the report states.

Other women said they did feel supported when reporting incidents and one woman said her company checked in on her and made her feel safe.

Forty-five per cent of the women surveyed said they have not experienced sexual violence or harassment at work. Others reported having these experiences more than 10 times.

Many women surveyed did not know if workplace sexual harassment policies existed or that mental health services were available to victims, the report states. Pauktuutit recommended more education on available resources.

Kudloo said it’s also important to have policies written in plain language instead of legal jargon.

Agnico Eagle Mines, the largest mining company in Nunavut, has a zero-tolerance policy for violence or sexual harassment. Harassment or lack of civility can lead to disciplinary action or dismissal, according to spokesperson Carl Charest, who provided Nunatsiaq News with a copy of the company’s discrimination and harassment policy.

Women represent about 34 per cent of Agnico’s Inuit workforce in Nunavut, Charest said in an email.

Since 2018, more than 3,306 of Agnico’s employees have gone through a mandatory training session on respect in the workplace, Charest said.

Heather Smiles, a spokesperson for Baffinland Iron Mines Corp., said she could not provide Nunatsiaq News with the company’s harassment policy.

Smiles did not say how many Inuit women work for the company when asked, but said Baffinland is focused on increasing the number of Inuit women in its workforce.

Kudloo said, “we’re not targeting a specific company, we are saying, ‘please change this so women feel safe working in the industry.’”

“We want women to feel safe in their workplace … so women feel they can contribute to the economy and support their families without fear.”

Other barriers for Inuit women to enter the mining industry listed in the report include two-week shift rotations.

“It’s a big worry for a woman … two weeks is a long time not to see your baby,” said Kudloo.

She said some women can’t enter the industry because of a lack of childcare options.

Other recommendations include giving women alarm devices like phones or emergency buttons to be used if they don’t feel safe.