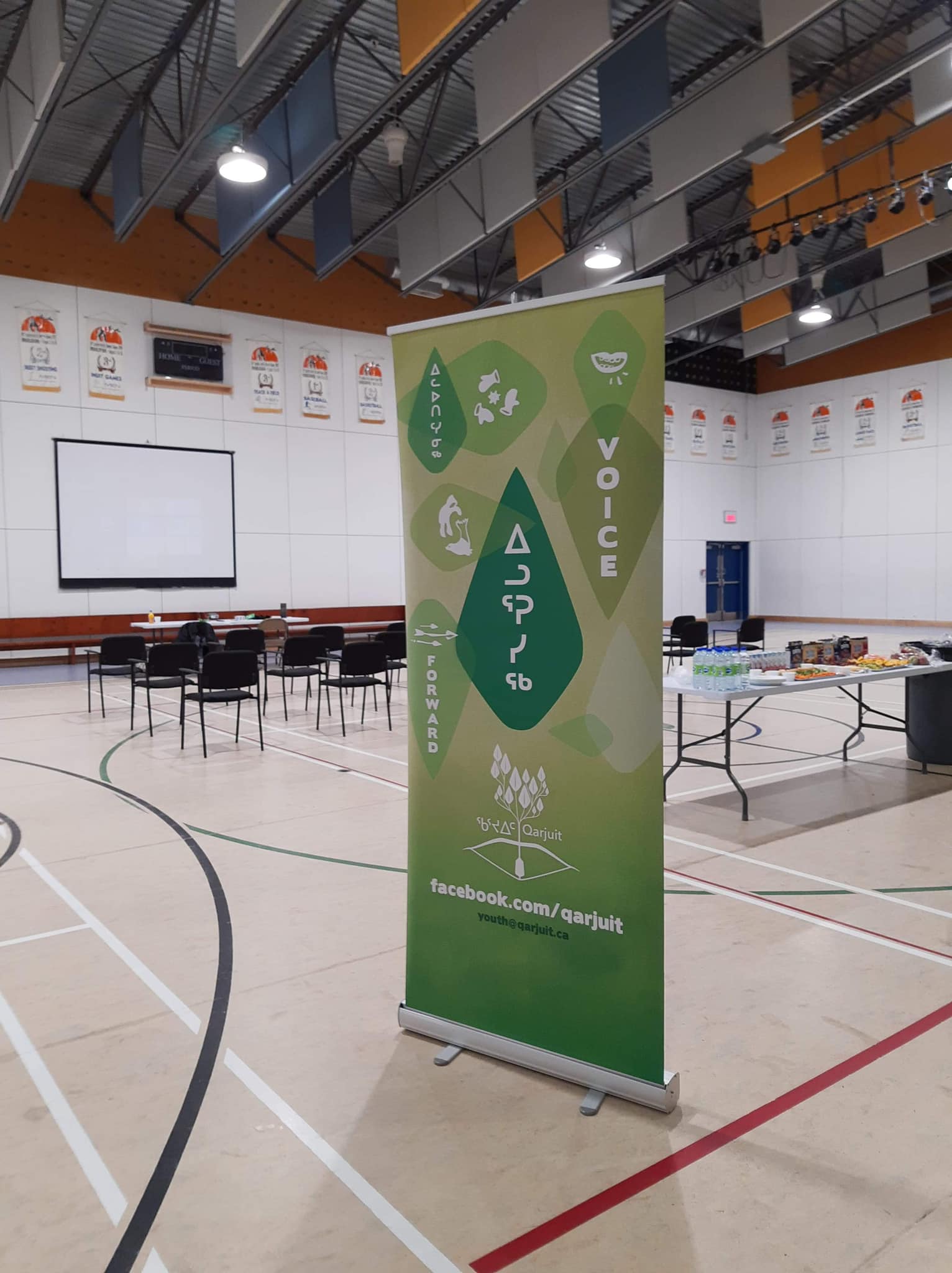 A Qarjuit Youth Council poster stands at an event in Inukjuak from this past summer. From Oct. 17 to 20, the council is hosting a treaty simulation event in Kuujjuaq. The event aims to teach young Nunavimmiut about leadership, advocacy and the James Bay and Northern Quebec Agreement. (Photo courtesy of Qarjuit Youth Council/Facebook)

Simulation to give Inuit youth head start on negotiating skills

The Qarjuit Youth Council is hosting an event in Kuujjuaq to help Inuit youth from Nunavik learn about their treaty rights and how to negotiate with higher levels of government.

From Oct. 17 to 20, around 30 youth from the region will meet at the Northern Village in Kuujjuaq for the Treaty Simulation – a conference to learn about the James Bay and Northern Quebec Agreement and get a head start on learning how to use it at the negotiating table.

Similar to a Model United Nations conference, the simulation will split the participants into three teams to experience the realities of negotiating and implementing a modern treaty, the event programming says. In this event, the teams will include Makivik Corp., the Government of Quebec and the Government of Canada.

“We’re offering youth the chance to understand the [JBNQA], and also, in that field, better understand the educational opportunities that it gave us, and also mental health,” said Linda Kowcharlie, a Hudson Coast representative with Qarjuit Youth Council, who lives in Kuujjuaraapik.

“We’ll give the youth an opportunity to practise negotiating and using the pros and cons of an agreement, and going about a resolution.”

The James Bay and Northern Quebec Agreement was signed on Nov. 11, 1975. Its signatories include the federal government, Quebec government, Hydro-Québec, the Grand Council of the Crees of Quebec and the Northern Quebec Inuit Association. Many regional organizations in Nunavik were established through the agreement, including the health board, school board, and Kativik Regional Government.

Even though the agreement has been in effect for more than four decades, Kowcharlie said that a lot of young people in Nunavik aren’t aware of its impact on the region, and don’t learn about its weight until they attend post-secondary education at Nunavik Sivunitsavut in the Montreal area.

Having youth as young as 15 take part in actively learning about the agreement gives them a chance to get an early understanding of how it’s structured, she said.

“I believe that the youth do not know much about the JBNQA,” Kowcharlie said.

“It’s not in our curriculum in high school.”

“It will give youth in the region an opportunity to learn a little bit about it.”

The participants of the simulation will earn $150 for each day of the event.

Overall, Kowcharlie said she hopes that the simulation will serve as a learning opportunity for the next generation of leaders in Nunavik.

“The youth are leaders of tomorrow,” Kowcharlie said.