Slash/Back crew set to take on the world 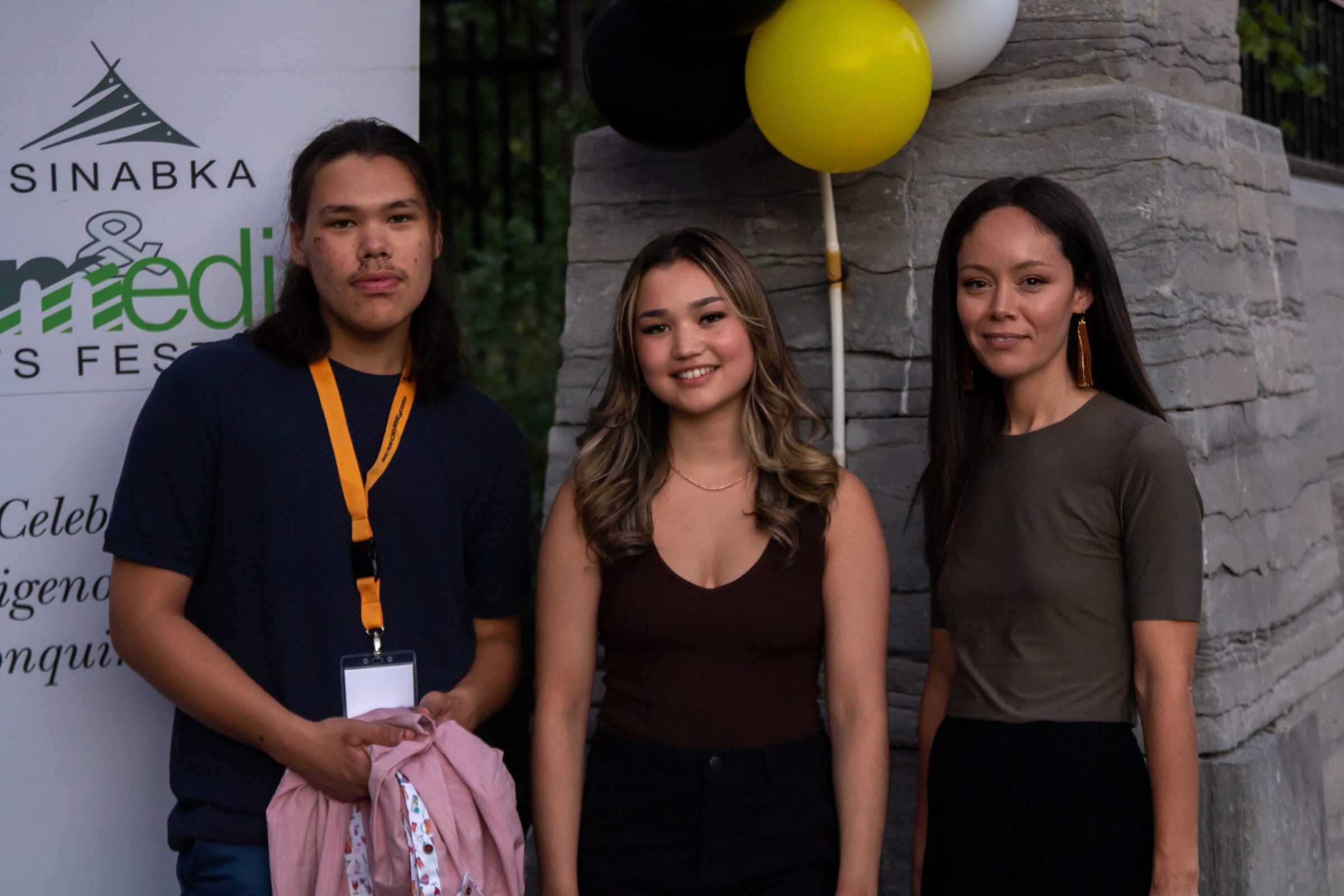 “Slash/Back” actors Rory Anawak, left, and Tasiana Shirley, along with director Nyla Innuksuk pose for a photo ahead of a screening at the Asinabka Film and Media Arts Festival in Ottawa on Wednesday. (Photo by Jeff Pelletier)

It’s been over a month since Slash/Back made its debut in Canadian theatres.

One might think think that finally getting a movie out after a three-year production would mean time to relax and on to the next thing, but director Nyla Innuksuk and her teenage cast have been keeping busy screening the sci-fi thriller across Canada.

And the group plans to go international in a couple of months.

“It’s been a little bit overwhelming,” Innuksuk said in an interview.

Innuksuk was in Ottawa Wednesday with two cast members hosting a free screening of the movie and audience Q&A at the Asinabka Film and Media Arts Festival.

“We’re still in the process of getting it out, we’re still sharing it with audiences, bringing it to festivals,” she said.

Slash/Back tells the story of a group of teens in Pangnirtung who team up to fight an alien invasion of their small hamlet. Inspired by classics such as E.T. and The Goonies, the movie highlights the community’s beautiful natural surroundings, while also highlighting the main characters’ struggles with their adolescence and Inuit identities.

Innuksuk said she’s been very happy with the initial reception from the audiences who have shown up to screening and taken interest in the movie’s characters – a sentiment that is shared by the young actors, who have all grown up a bit since filming in 2019.

“It’s a mixture of excitement and nervousness, just my face and myself being so out there and exposed,” said Tasiana Shirley, who plays lead character Maika in the movie.

“It was really nerve-racking at first to have one of the four lead roles, but honestly, the chemistry with the other girls was what put it together and made it a lot more enjoyable for me.”

Innuksuk and the cast are making plans for a series of screenings across the United States, including in several Indigenous communities. There are also plans in the works to bring Slash/Back to festivals in Europe.

Rory Anawak – who starred in the movie as Thomassie, the popular boy in town – said he’s excited to share Nunavut with the world. This is extra special for him because he has many family roots in Pangnirtung. 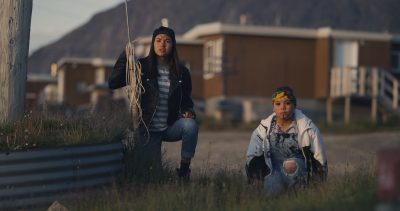 From L to R: Tasiana Shirley as Maika and Alexis Wolfe as Jesse in a scene from Slash/Back. (Film still courtesy of Mixtape SB Productions Inc.)

In addition to the international screenings, Innuksuk said she wants to bring her movie back north to other Nunavut communities that haven’t had the chance to see it.

Innuksuk said she also wants to send some hard copies of Slash/Back up to Pangnirtung for people who haven’t seen it. After holding a small red carpet event in the community earlier this year, Innuksuk learned that some attendees had filmed the entire movie on their phones, and were distributing their bootlegged copies around to friends and family.

While the movie is set set to stream on Crave eventually, getting affordable copies to communities where internet speeds are slower will make the movie more accessible.

“I was really excited to hear that people were pirating copies and distributing these cell phone videos of the movie,” Innuksuk said.

“Making DVDs and even VHS’s available at cost and just distributing them even in the communities we’re having screenings at is going to be a cool next step.”