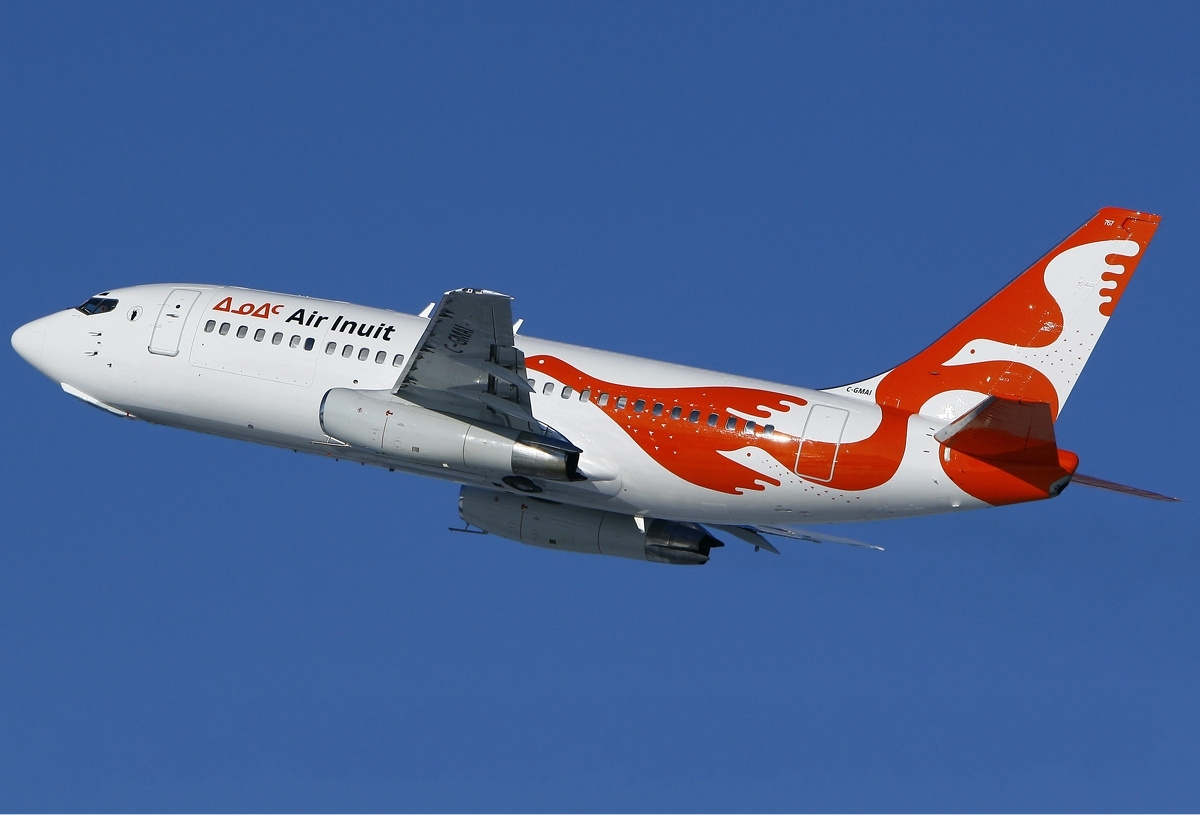 Here’s a view of an Air Inuit Boeing 737-20, similar to the one involved in an incident while en route to La Grande in Quebec on Saturday, Aug. 24, which left several passengers injured. (Photo courtesy of Wikipedia Commons)

Passengers on an Air Inuit Boeing 737-200 flight from Montreal to Puvirnituq this past Saturday, Aug. 24, suffered extreme turbulence that injured several passengers.

“Like, omg, there was even blood on the floor of the plane,” one passenger said on Facebook.

“There was an inflight incident on Air Inuit … from Montreal, people were injured, needs to be reported,” another Nunavik resident told Nunatsiaq News in an email.

The autopilot is said to have malfunctioned near La Grande, where the jet usually stops, causing a sudden drop in altitude.

An autopilot is a system used to control an aircraft’s path without constant hands-on control by a pilot.

When an autopilot fails, a crew member must disengage the system, either by flipping a power switch off or, if that doesn’t work, by pulling the autopilot circuit breaker.

Flightaware’s tracklog shows instability throughout the Aug. 24 Air Inuit flight, including a period of about two minutes starting at about 11:49 a.m., when the aircraft dropped from 9,754 metres to 8,565 metres.

This graph shows the speed and altitude of Air Inuit’s EH-732 flight on Aug. 24. (Graph courtesy of Flightaware.com)

This sudden loss of altitude, or perhaps an earlier moment near 11:15 a.m., threw passengers and a food cart into the air, and left several with injuries.

In 2008, the Liberal Party chartered one of the 737-200s during its federal election campaign, prompting criticism from New Democratic Party  that the aircraft was an aging gas guzzler.

Now online sources say only fewer than 200 remain in service.

These are found mainly in the developing world, because they are one of the few midsize aircraft that can carry both passengers and cargo at the same time and can be equipped to land on gravel airstrips.

There is not yet any official occurrence report filed for Air Inuit flight 3H-732 with Transport Canada.

However, Pita Aatami, the president and CEO of Air Inuit, which is owned by the Makivik Corp., said he had spoken about the incident on Taqramiut Nipingat Inc. and Tuttavik radio show on CBC North in Inuktitut.

He refused to make any further comment to Nunatsiaq News.

According to Transport Canada, any owner, operator, pilot-in-command or air traffic comptroller who has direct knowledge of an aviation accident or incident is supposed to call in an initial report to the Transport Canada Civil Aviation Daily Occurrence Reporting System as soon as possible after the occurrence.

A full report to CADORS must be submitted within 30 days of the occurrence.