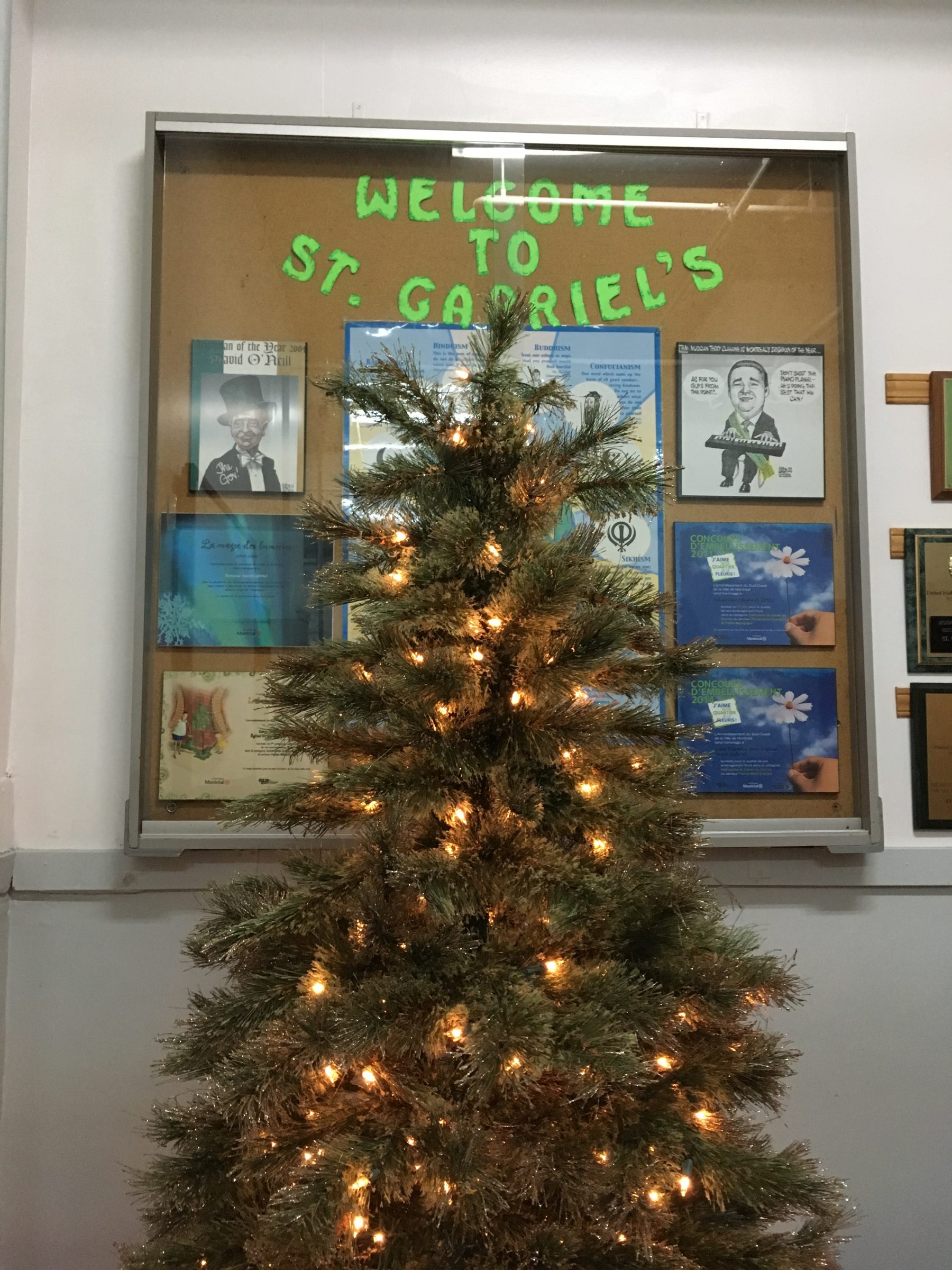 Gathering featured food, a raffle draw and a visit by Santa

From 4 p.m. until 9 p.m. around 100 people attended the event in the church basement, where people gathered around about a dozen tables. Children laughed, while adults chatted. A woman from Haiti who attended the event with her son said she liked the welcoming atmosphere.

Decorations in the shape of red and green candies hung on the walls. A Christmas tree stood at the entrance of the room, illuminated with white Christmas lights. Food was available, free of charge, including sandwiches, fruits, vegetables and a variety of cheeses.

The association held a raffle at the event for those who had bought 50-cent or $1 tickets and awarded 20 turkeys, sweatshirts, tote bags, books, gift cards, a tablet and a child-size qamutik sled.

Children sat at a table in the corner drawing and painting with glittery paints. A group of young boys played with spinning tops nearby.

The evening concluded with the arrival of Santa Claus, who distributed 89 gifts bought for the kids.

The event was made possible with the financial support of the Association des Chasseurs de Phoques Intra-Québec and the Kativik Ilisarniliriniq school board of Nunavik. “We’re very fortunate to get financial support from various Inuit associations,” said Pisuktie.