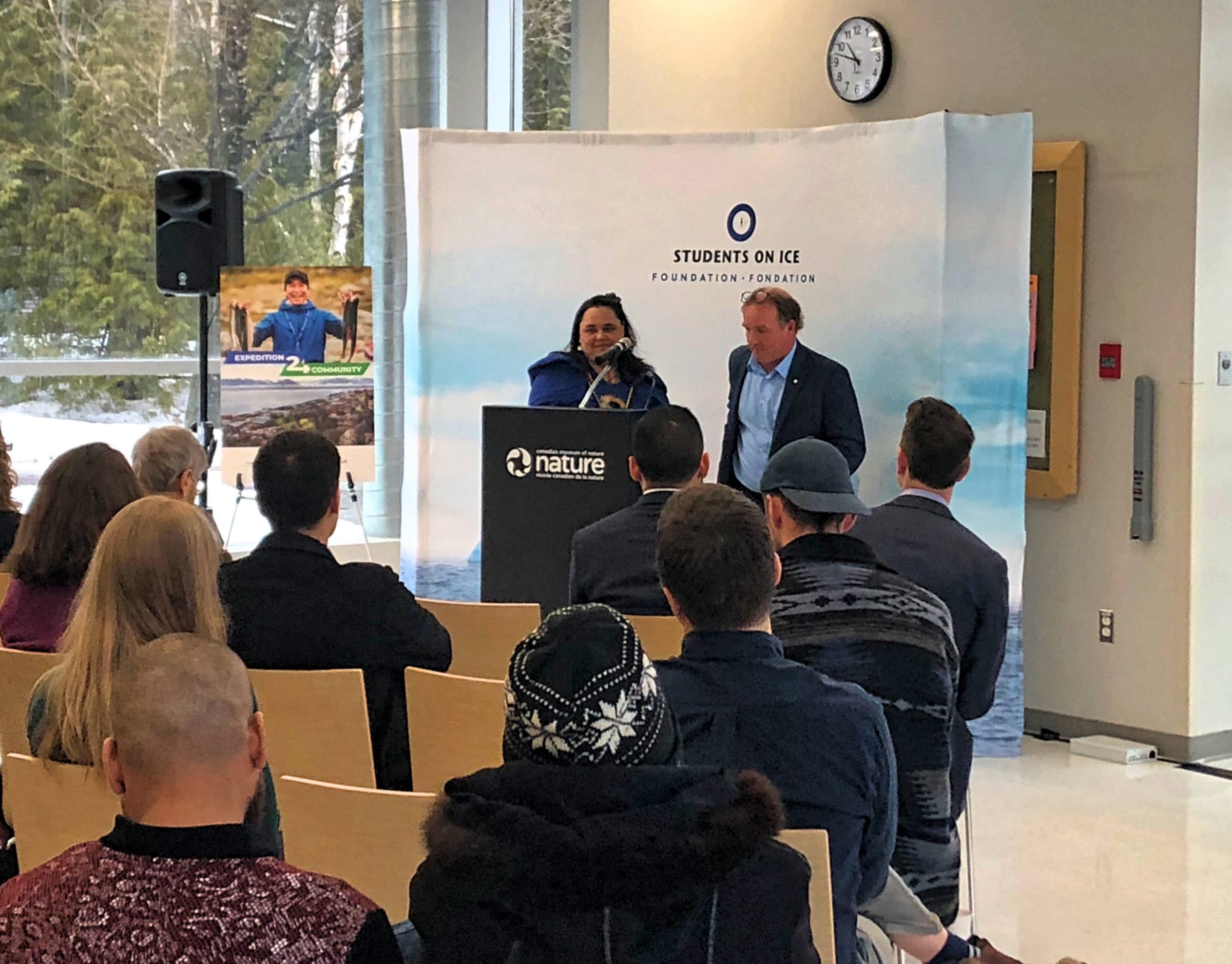 Lynda Brown and Geoff Green speak at the launch of the Students on Ice Foundation’s new program, Expedition 2 Community. Brown is the program lead and Green is the foundation’s founder and president. (Photo by Kahlan Miron)

E2C will see northern youth between the ages of 15 and 30 help lead community development projects.

There will be 50 core youth participants spread across five communities—two in Nunavut, and one in each of Inuit Nunangat’s other regions. These communities will be named in the coming weeks.

The program aims to help youth strengthen their project development and leadership skills and their sense of community service.

E2C will hire program coordinators in each community to help tailor the projects to local needs.

“They know what they need to make happen,” said program lead Lynda Brown at a launch event last week.

“So it’s not this cookie-cutter approach, it’s going to be very community-needs driven.”

Brown is also team lead for the Students On Ice Alumni Program and the former manager of youth programs at the Ottawa Inuit Children’s Centre.

At the launch event, Geoff Green, founder and president of Students On Ice, spoke of the importance of providing continuing support to the North, “where many youth face significant social, educational and economic inequalities that create barriers and challenges.”

He emphasized that, in creating a program meant to support northern youth, projects needed to be grounded in community.

Inuit Tapiriit Kanatami’s Natan Obed, who attended the event, commented on how E2C fits within Students On Ice’s larger acts towards reconciliation and their commitment to connect northern and southern youth on equal terms.

“I think this is a very important and integral part, is that southern Canadian youth are not going to go help Inuit youth. This is a new era and it is a new way of thinking—people are going to help one another, Inuit and non-Inuit, ” said Obed.

“I really like that Students On Ice pushes a lot of that forward, that these are points in reconciliation.”

The launch event also featured drum dancing, throat singing and comments from Will Amos, a federal MP in Gatineau, where the launch took place.