‘Such a gentleman’: Prince Philip’s royal trips to Nunavut remembered 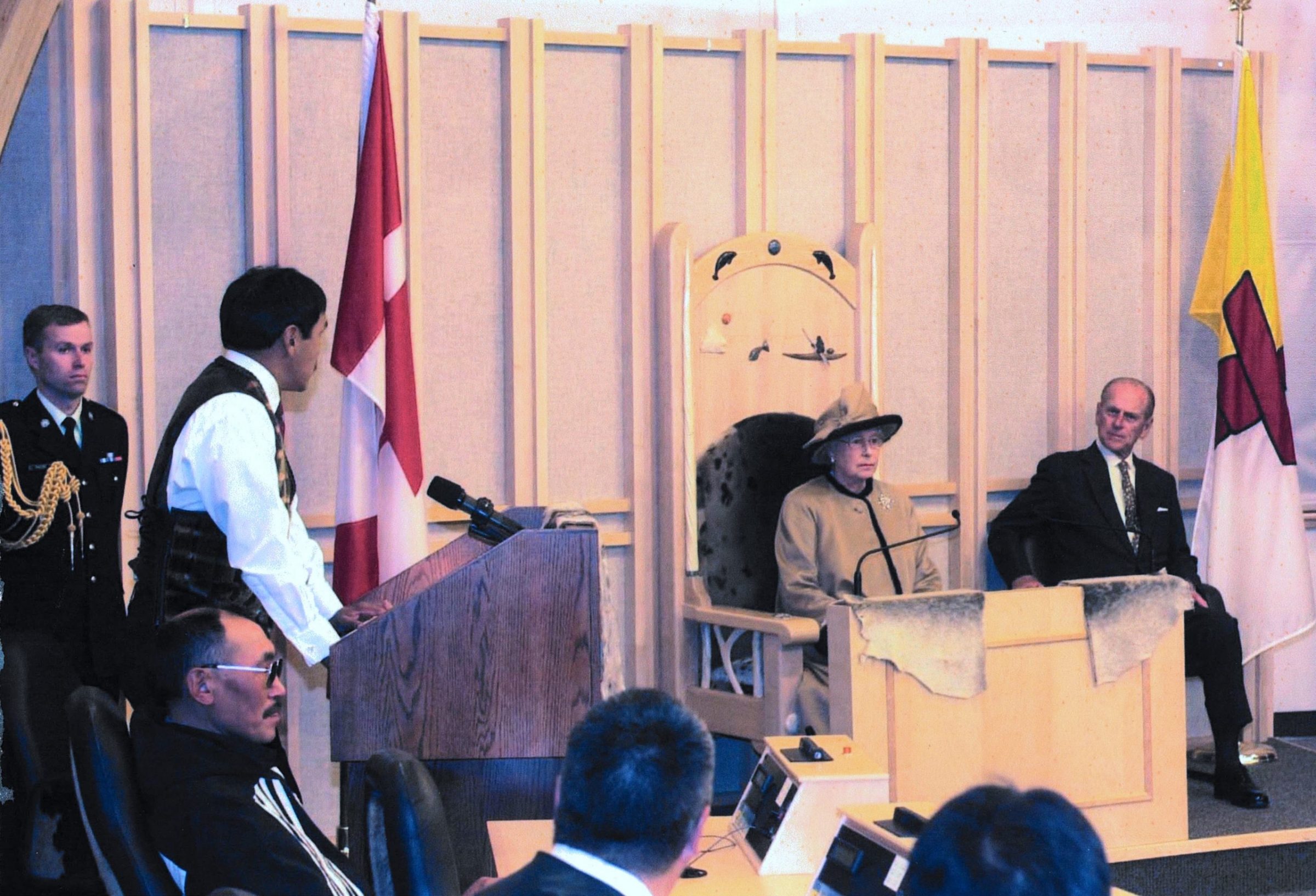 As the world paid tribute to Prince Philip on Friday, Nunavummiut recalled the occasions he accompanied his wife, Queen Elizabeth, to Canada’s North — in 1970, 1994 and 2002.

“He was the calming presence for the Queen,” said Manitok Thompson, CEO of the Inuit Broadcasting Corp.

“That’s going to be a big loss to her as a woman and a public figure.”

Thompson met the Royal couple on two of their visits — in 1994, when she was a high school teacher in Rankin Inlet, and again in 2002 when she was MLA for Rankin South and cabinet minister.

“He was such a role model of a husband to a wife of a public figure,” Thompson said of Prince Philip.

But Thompson added her relationship with the Royal Family has never felt simple.

“I think it was always the British contact that brought oppression to Inuit,” she said.

When she went to school, Thompson saw the image of Queen Elizabeth on the wall and had to sing “God Save the Queen.” She said that felt like oppression.

“I felt like my parents and other children’s parents were no longer leaders in the community,” Thompson said.

But she never felt resentment towards the Prince and Queen personally.

“It’s more of a title of ‘Queen’ that bothers Inuit,” she said. “To belong to another human is not normal. And Inuit elders did not know until the land claims negotiations that the English Queen was involved.”

Elders were puzzled as to why they had to claim their lands from the Crown, she said.

“We were so excited,” she said.

“Philip seemed so happy and relaxed in Rankin Inlet.”

In 2002, Thompson was present when the Queen and Prince Philip came to Iqaluit for a short visit.

“I really feel he was the calming presence for her, following her. Such a gentleman. You never knew he was there, but he was there,” Thompson said.

Shortly after their arrival in Iqaluit, the Queen and Philip, along with then-prime minister Jean Chretien and his wife, made their way to the back door of the legislative building, where they were met by Kevin O’Brien, the first speaker of the legislative assembly.

“Your land is indeed your strength,” the Queen said during a nationally televised dedication ceremony for the opening of the legislative assembly.

After the Queen spoke in the legislature, the Prince did a short “walkabout” outside the building, greeting many who lined the road and accepting bouquets of flowers, joking, “Did you grow these here?”

Philip also presented his Duke of Edinburgh Awards to youth at a private ceremony in the Inuksuk High School cafeteria.

Afterwards, the Queen and Prince entered the school gym together to view Arctic sports.

One athlete performed the one-foot high kick at a record-breaking height of eight feet, eight inches.

“The Queen watched with a subdued smile, but the Prince gasped and laughed during the presentation,” Nunatsiaq News reported at the time.

In August 1970, the Queen also visited Iqaluit, then known as Frobisher Bay, where she did a ceremonial ground-breaking at the site of the future St. Jude’s Anglican Cathedral.

Prince Philip accompanied her with a sling on his right arm, which had been injured in polo accident.

“Throughout the proceedings, a husky wandered about, receiving the occasional pat from Her Majesty and Prince Philip,” the Montreal Gazette reported at the time.

Prime Minister Justin Trudeau paid tribute to Prince Philip in Ottawa on Friday, singling out the Duke of Edinburgh Awards that “helped empower millions of young people, from all backgrounds, including here in Canada, to realize their greatest potential.”

“Prince Philip was a man of service, motivated by a sense of duty to others,” Trudeau said.

“Prince Philip will be remembered as champion for young people, a decorated naval officer, a dedicated philanthropist and a constant in the life of Queen Elizabeth the Second.”‪

Nunavut’s commissioner Eva Aariak, the Queen’s representative in the territory, sent out a statement Friday afternoon expressing “our deepest sympathies” to the Queen and her family.

Aariak also praised Prince Philip for being a “committed environmentalist.”

He was devoted as well as to his family and “fulfilling his unique role in our constitutional monarchy,” Aariak said.

Canadians may share messages of sympathy by signing an online book of condolences or by email.