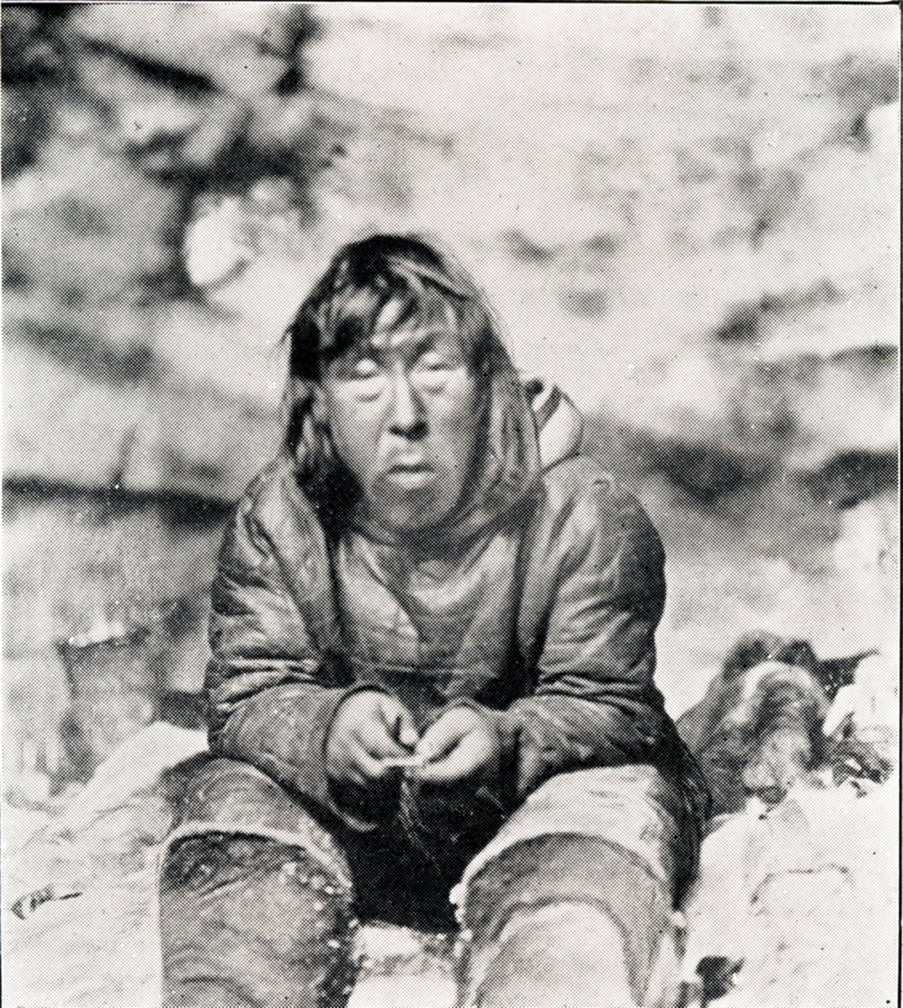 Inugpasugjuk, the Inuk who told Rasmussen about how mosquitoes first came to the world. (Harper collection)

It’s mosquito season in Nunavut, and here are a few random observations by Inuit on this annual pest.

Ivaluardjuk was an Iglulik storyteller whom Knud Rasmussen met in Foxe Basin in 1921. The explorer recorded many of the old man’s stories and songs, among which was this:

Another Inuk, Inugpasugjuk, a Nattilingmiut who had moved to the Hudson Bay coast, told Rasmussen a legend of how the mosquitoes first came:

“There was once a village where the people were dying of starvation. At last there were only two women left alive, and they managed to exist by eating each other’s lice. When all the rest were dead, they left their village and tried to save their lives. They reached the dwellings of men, and told how they had kept themselves alive simply by eating lice. But no one in that village would believe what they said, thinking rather that they must have lived on the dead bodies of their neighbours. And thinking this to be the case, they killed the two women. They killed them and cut them open to see what was inside them; and lo, not a single scrap of human flesh was there in the stomachs; they were full of lice. But now all the lice suddenly came to life, and this time they had wings, and flew out of the bellies of the dead women and darkened the sky. Thus mosquitoes first came.”

The late Abe Okpik once wrote an article called “What it Means to Be an Eskimo.”

This was in the 1970s when the use of the word “Eskimo” was still common. In speaking of the importance of the Inuktitut language, he remarked:

“It is up to the Eskimos of today to use their Eskimo strength of word and thought. It is up to the young people. If they don’t learn and use the language and the stories and songs, they will have nothing special to give to their children. It’s no good looking like an Eskimo if you can’t speak like one.

“There are only very few Eskimos, but millions of whites, just like mosquitoes. It is something very special and wonderful to be an Eskimo – they are like snow geese. If an Eskimo forgets his language and Eskimo ways, he will be nothing but just another mosquito.”