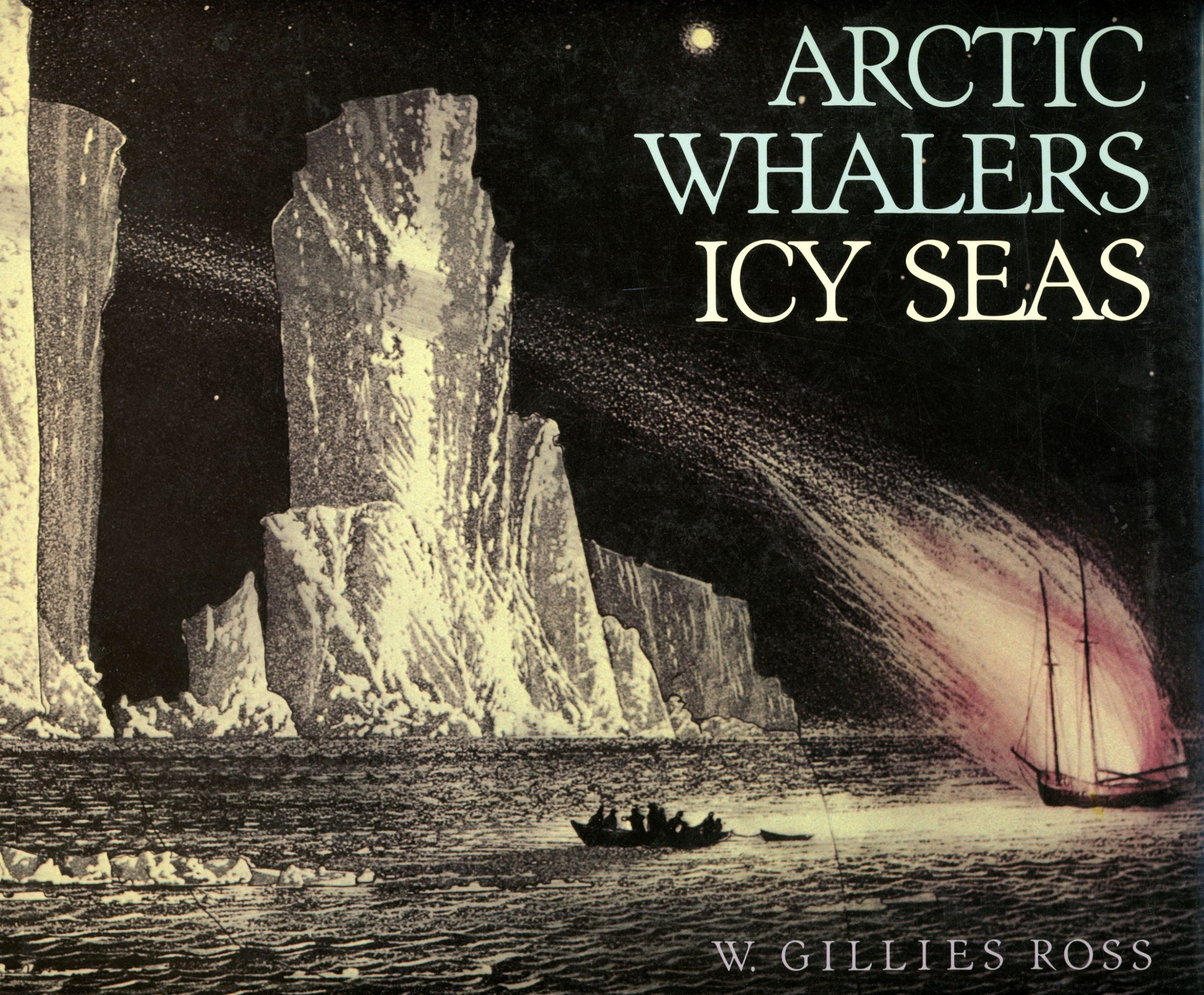 Here’s the cover of Arctic Whalers, Icy Seas by William Gillies (Gil) Ross, who died this past Oct. 29. (File photo)

William Gillies (Gil) Ross passed away on Oct. 7, 2019 in Sherbrooke, Quebec. He was an accomplished scholar of Arctic whaling.

I first “met” Ross, at least on paper, when I was a very young man teaching in Padloping Island in 1968. There were rumours in Padloping of a rock bearing an unusual inscription somewhere near the community.

Then one day, a hunter, Eliyah Qakulluk, was visiting me and saw an image of a runic inscription in a book on my table. He told me that he had seen such an inscription—on a boulder on an island not far away, at a place the Inuit called Kisarvik, the anchorage.

In the spring, he and two other men took me there to see the rock. Sure enough, there was a boulder bearing an inscription. It wasn’t runic, though, but it was exciting.

I’ve written about this event before, in a story called The Landmark Rock at Durban Harbour, included in my book Tales of Arctic Whaling (Book 4 in my In Those Days series published by Inhabit Media).

The inscription bore letters, a date, and the latitude and longitude. I took photographs, and sent one to the Scott Polar Research Institute in Cambridge, England, hoping that someone there might be able to explain this curious inscription to me.

There it landed on the desk of a young whaling researcher, Ross, who replied by letter identifying the inscription as having been carved by a crew member of a whaling vessel, the Joseph Green from Peterhead, Scotland, in 1837.

That was the first in what became a sporadic correspondence between Ross and me over many decades, a correspondence that would go silent for years on end and then be re-commenced when one or other of us had a question about the finer points of whaling in the waters of the eastern Canadian Arctic, often a question or comment about Inuit involvement in that now-defunct industry.

Face to face, I met him only once. But over the years, I followed the evolution of Ross’s knowledge on whaling and other aspects of Arctic history, through his many publications.

When I acquired the business Arctic Ventures in Iqaluit in 1985, I decided—because of my own interests—that the store must include a book section.

We started with only two books. One was a beautiful volume of northern photographs and text by Fred Breummer. The other was Ross’s wonderful Arctic Whalers, Icy Seas.

This super book, subtitled Narratives of the Davis Strait Whale Fishery, took the published stories of 15 whalemen, most of them from British ports, and edited them into a chronological account of Arctic whaling in the waters off Arctic Canada and Greenland.

Ross provided introductions and connecting bridges within the selections, but he let the whalers tell their own stories. The result was a compelling book that has stood the test of time. In my own research, I refer to it often.

A decade earlier he had published a monograph in a National Museums of Canada series. Entitled Whaling and Eskimos: Hudson Bay 1860-1915, it focused on American and Scottish whaling.

In later years, he became an expert on the expeditions which went out in search of the missing Sir John Franklin expedition. Only a few months before his death, he published a monumental work which combined his expertise on the Franklin story with his encyclopedic knowledge of the Scottish whaler William Penny.

The book was Hunters on the Track: William Penny and the Search for Franklin. Franklin expert Russell Potter described it as “extraordinarily detailed and well researched.”

Ross founded the Department of Geography at Bishop’s University in Lennoxville, Que. in 1961. His teaching career there spanned four decades. He was named an emeritus professor of geography there in 1992.

According to his obituary in the Ottawa Citizen, Ross was also “an all-round athlete, an avid skier, an accomplished photographer, a scholar of international repute [and] an Eastern Townships historian.” He was also a golfer, honey and maple syrup maker, and a connoisseur of fine rums.

Where on earth did he find the time for it all? I knew him only as a scholar of Arctic whaling and exploration, and his production in those fields seemed enough to fill a lifetime.