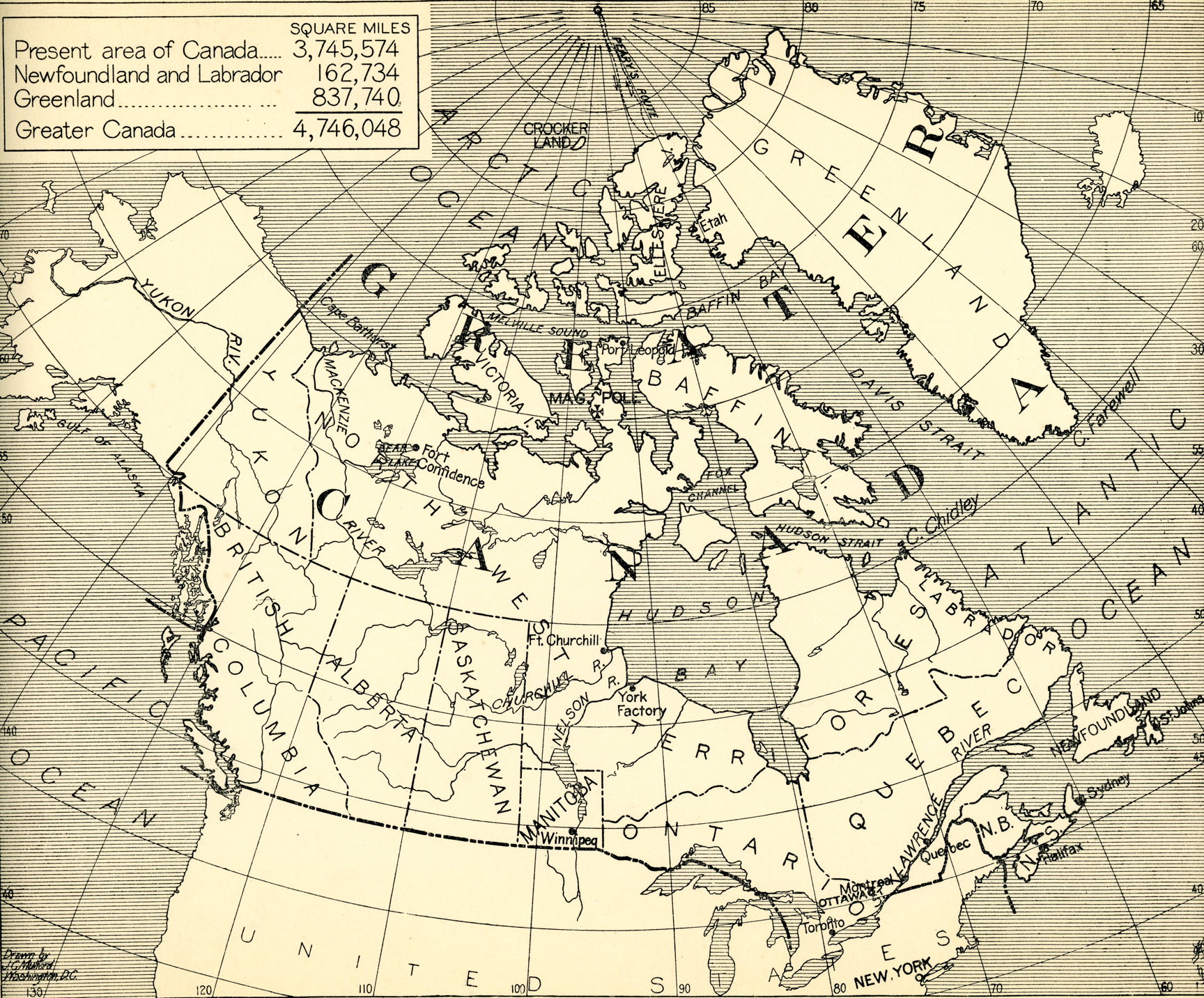 Robert Stein’s map of “Greater Canada,” made to illustrate an eccentric proposal, in which Canada would acquire Greenland.(Harper collection)

Donald Trump’s recent offer to buy Greenland was simplicity itself compared with what Robert Stein proposed over 100 years ago.

But Stein’s idea was not for the United States to end up with Greenland. Instead, Canada would acquire it—without paying a penny.

Recently I wrote about Stein’s expedition to Ellesmere Island, a venture that accomplished nothing. Back in the United States, he busied himself with paying off the mortgage he had placed on his family’s large property in Silesia, Maryland, to finance his northern dream. 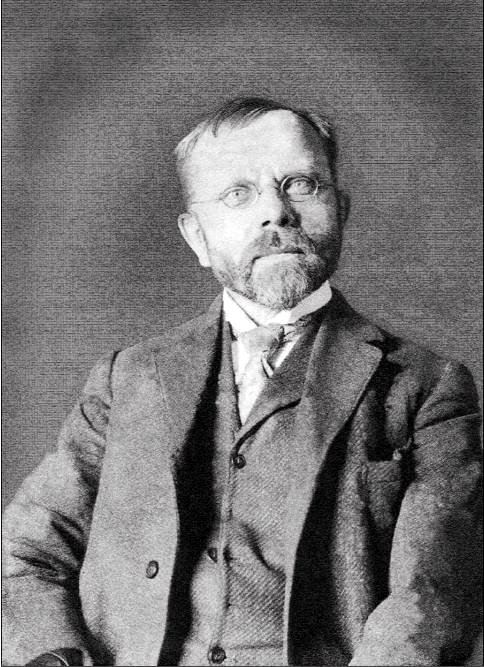 And his overactive mind turned to other matters that he thought should interest a larger world—because they interested him. These included monetary reform and world peace.

As usual he promoted his ideas by publishing pamphlets. And, as in the past, his ideas found no traction with governments and the public.

Stein never returned to the Arctic. But, like a true fanatic, he maintained his interest in the North and, from the comfortable vantage point of Washington, he concocted another hare-brained scheme.

This one would involve a daring feat of diplomacy, involving Canada, Britain, Denmark, Germany and the United States.

Stein had long been worried about the tensions that were building between Britain and Germany. He knew also that Germany had occupied North Schleswig, previously a part of Denmark, since 1864. And he knew that Denmark wanted it back.

One solution might have been for Germany to trade it back to Denmark in return for Denmark’s colonial possessions in the West Indies. This idea already had some currency, and Germany had expressed some interest in it.

Robert Stein had a solution, or so he thought.

The United States would give part of the Philippines to Denmark, in return acquiring the Danish islands in the West Indies. Denmark would give Greenland to Canada, because Canada was viewed as being a British possession.

And for good measure—and for no apparent reason—Britain would give Newfoundland to Canada. Tensions would thus be defused and the world would remain at peace.

Stein believed that Denmark would be happy to be relieved of the ‘burden” of owning Greenland.

He published these plans in American newspapers in early January of 1909. His idea was also published in Germany and, according to him, in Denmark. He claimed that it received great support.

Of course, no-one consulted the Greenlanders, nor, for that matter, the Africans, Polynesians or people of the Philippines.

Stein even had a map published in which the name GREATER CANADA is plastered in large bold letters across Canada and Greenland. It bears a legend showing the area of Canada in square miles, and then what that area would be with the inclusion of Greenland, and Newfoundland and Labrador.

For some reason, Stein thought these trade-offs would be relatively simple to accomplish. His plan would create peace, he believed.

By this time Stein had left the United States Geological Service and taken employment with another government department as a stenographer and typist. This would seem a strange underutilization of his many talents, but it would give him the time to pursue his various schemes.

One senses that by this point he had become quite deluded about his own influence and the worth of his madcap ideas. Robert Stein, though lucid and erudite, was obsessed and perhaps virtually unemployable on anything other than mundane tasks.

As usual he published his plans at his own expense. In 1912 he published “Greater Canada and the Peace Problem.” Another edition was released two years later, as the world went to war. In a pamphlet on “An International Police,” he even suggested that the United States turn the Alaska Panhandle over to Canada in return for an equally strategic piece of Canadian territory.

Unfortunately Stein couched many of his arguments in the language of white supremacy, and frankly admitted that he was a believer in eugenics.

He solicited the assistance of Captain B. S. Osbon of the Arctic Club of America, writing that “every man who knows anything about the matter will agree that Canada ought to have Greenland.”

This was the only way, he claimed, that adequate protection could be given to the resources of Greenland and the Canadian High Arctic. “Only in this way can the whale receive adequate protection,” he said, adding, “[P]rospectors could then afford to explore every corner within 100 miles of Baffin Bay. A tourist trade would spring up as soon as regular communication was established”

Stein’s plans were published in The Canadian Magazine under the title “Canada and Greenland.” The article ended with an impassioned plea:

“Without spending a cent, by simply expressing a wish to own Greenland, she [Canada] can gain that colony, the control of Baffin Bay, a monopoly of its whale fishery, most likely the accession of Newfoundland, hasten the development of her present Arctic possessions, cement the friendship between Britain and Denmark, largely restore the former cordiality between Britain and Germany, and, by thus lessening the naval competition, effect a saving of millions in her own budget and in that of the mother country.”

His final sentence reads more like a taunt: “Will she take her place among those that know the right and do it not?”

In fact, Canada did nothing. Stein’s correspondence ended up on the desk of R. W. Brock, director of the Geological Survey of Canada, who passed it on to Joseph Pope, Under Secretary of State for the recently formed Department of External Affairs. Pope wrote to Brock, “I do not think [Stein’s proposal] calls for any action.”

And there the matter ended. The world went to war, unaware of Stein’s unorthodox scheme. Stein, despairing of world peace, committed suicide in 1917.