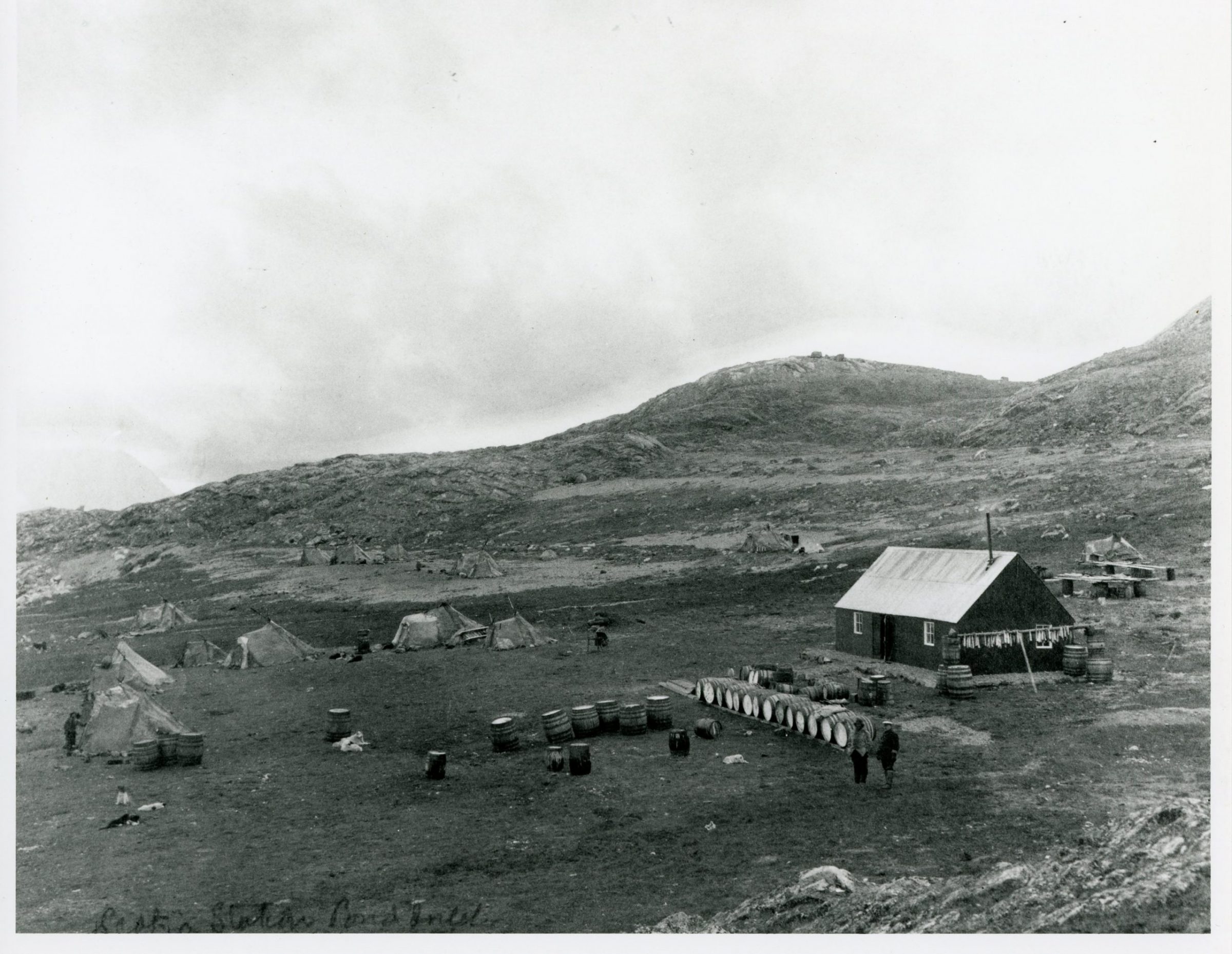 Igarjuaq Station near Pond Inlet, photographed when it was a Scottish whaling site, some years before Bernier purchased it. (Photo from the Harper collection)

In 1912, Captain Joseph Bernier left the service of the Canadian government, purchased the Minnie Maud, a small two-masted schooner that had been used in the mackerel fisheries, and became a private fur trader in the High Arctic.

In July, he left Quebec City, outfitted for two years’ trading and gold exploration in the far north. A month later the vessel anchored in Albert Harbour, a few miles to the west of present-day Pond Inlet. An Inuit village of 19 sealskin tents, with about 50 inhabitants, was only a few miles away at the base of the mountain that the Inuit called Igarjuaq.

The expedition took over the six-room former whaling building that Bernier had purchased and used it as trading headquarters. Some members left the ship and lived there at Christmas and into the new year and the following summer.

The biggest room, which was 10 feet by 18 feet, served as a kitchen, dining room, living room, trading store, visiting room for the Inuit, and concert and dance hall, as well as a workshop where the visiting Inuit could repair their broken sleds, harpoons and rifles.

Life was neither pleasant nor easy for southerners at Albert Harbour. After mid-September the men saw little of the sun. It dipped lower each day and was soon hidden from view by the high hills surrounding the harbour. On shore, the hills and enormous boulders made walking “a difficult and dangerous scramble.”

They had brought their own water supply in casks from Quebec, but that gave out in early October, and from then until early June they relied on melted ice and snow. Bathing was a luxury. Lice appeared aboard ship and most of the party suffered from them. The tents of the Inuit were also infested. After freeze-up in early October, the Inuit came regularly from the village for free meals, tobacco and biscuits. Many of the ship’s crew preferred to escape the vessel’s confines and live ashore in wooden shacks or in snow houses with the Inuit.

Some of Bernier’s men prospected during the fall, but they quickly concluded that there was no gold to be found in the area. The expedition became a simple trading venture. 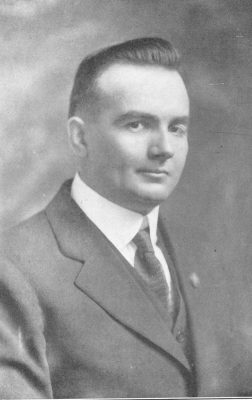 Alfred Tremblay, after leaving the Arctic. (Photo from the Harper collection)

Perhaps the greatest accomplishment of any member of the expedition was the epic journey of Alfred Tremblay. A self-taught geologist who had accompanied Bernier on his previous Arctic expedition, Tremblay was 25 years old. In late October, he left Pond Inlet with other members of the party and travelled via Navy Board Inlet and Admiralty Inlet to Strathcona Sound. There he hired Piunngittuq as guide and, with the guide’s wife, Tuutalik, accompanying them, they travelled to Igloolik, which they reached on March 20. Tremblay was only the second white man there since William Edward Parry in 1823.

Inuit in Igloolik have not forgotten Tremblay. And, indeed, he would be hard to forget because his behaviour on arrival was so bizarre.

The now-late Rosie Iqallijuq, an elder in the community, recalled in an interview for the Igloolik Oral History Project in 1991: “It is said that he had a pistol so with it he shot the island of Igloolik as he walked around the shoreline. After he had shot the island he said that Igloolik was dead and that a ship will now be able to get to the island.” Ice conditions made Igloolik notoriously difficult to reach by ship. Another elder, Noah Piugaattuk, explained Tremblay’s behaviour this way: “Igloolik is like a wild animal, very hard to catch.” Walking around the island firing his gun into the ground was Tremblay’s way of taming it, to make it easier to access.

Tremblay explored the Igloolik area, then returned overland to Milne Inlet, eventually reaching Bernier’s shack on the Salmon River on May 10. He had long since been given up for dead. Bernier’s men thought they were seeing a ghost.

I visited Tremblay in a war veterans’ hospital at Courville, near Quebec City, two years before his death in 1975. There was very little left of him at the time. Circulatory problems had cost him both his legs. He was deaf in one ear as a result of a rifle explosion, and his eyesight was failing. I interviewed this fraction of a man about his experiences in the North. But senility was rapidly claiming what remained of this Arctic man, described by one writer as “the greatest overland explorer in the Canadian Arctic in the early part of the twentieth century.” His reminiscences veered in and out of lucidity.

I knew that the Inuit remembered him as Taamali—the best they could do at pronouncing his surname—but he insisted that they had called him Tuurngaq, because they regarded him as a devil. Perhaps they did. For they still remembered the day that Alfred Tremblay tried to tame Igloolik.