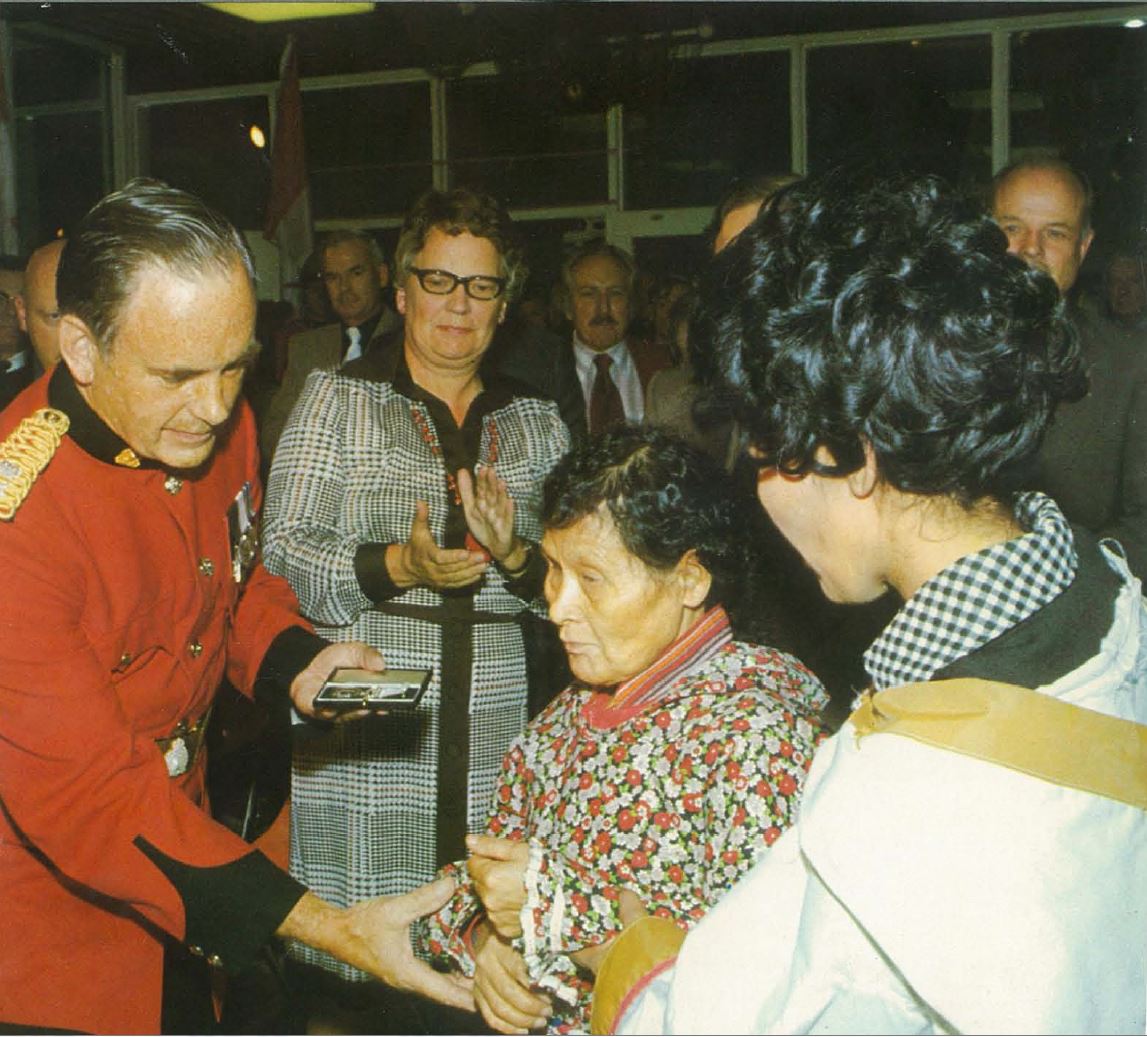 For the previous instalment of this story, please see Taissumani, Aug. 21

After the St. Roch’s successful west-to-east voyage of 1940-42 through the Northwest Passage, Henry Larsen and every member of his crew were awarded the prestigious Polar Medal. Similarly, after the completion of the single-season 1944 voyage, the crew members were awarded the same medal, all except one: Joe Panipakuttuk was left out. 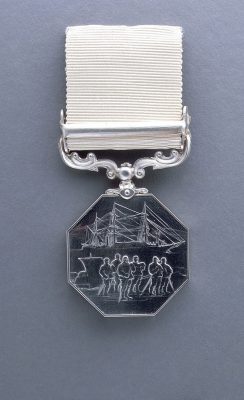 A Polar Medal showing the Antarctic ship Discovery in the rear, with crew members on the ice in the foreground. (Photo courtesy of Glenn Stein)

The Polar Medal had evolved from the Arctic Medal, which was authorized by Queen Victoria in 1857 and awarded to those who had been on expeditions of discovery or search in the Arctic between 1818 and 1855. It was later issued to participants in the Nares expedition of 1875-76. Among the hundreds of recipients of the Arctic Medal were two Inuit, both Greenlanders: Hans Hendrik and Johan Frederick Wille, who were sled drivers and hunters on the Nares expedition. (Hans Hendrik was eligible for the medal for his earlier assistance to Elisha Kent Kane’s expedition of 1853-55, but it was not awarded at that time.)

In 1904 the Polar Medal was created, initially to honour those who had gone to the Antarctic with the ship Discovery from 1902 to 1904. It was then agreed that it should be awarded to participants in subsequent polar expeditions.

The medal is octagonal, one and a quarter inches in diameter, bearing the image of the reigning monarch on one side and, on the reverse, the ship Discovery in winter quarters with a sledging party in the foreground.

Joe Panipakuttuk passed away in 1970, still with no Polar Medal.

Finally, in 1974, the year that marked the thirtieth anniversary of Panipakuttuk’s journey through the Northwest Passage, the error was corrected. The St. Roch had been decommissioned in 1954 and declared a National Historic Site in 1962. In 1974, 30 years to the day after the vessel had completed its voyage to Vancouver, a ceremony was held in that city to award Joe Panipakuttuk’s Polar Medal posthumously to his widow Letia.

The issuing of Panipakuttuk’s medal was rushed. The governor general of Canada recommended the award on Sept. 12. Canada’s solicitor general made a formal submission on Sept. 30, noting Joe’s omission from the request made for medals three decades earlier, saying that “as a result of an unfortunate oversight, the name of a Canadian Eskimo, Panipakuchoo (sic), was omitted from the submission at that time.” The Queen was asked “to approve the award of the Polar Medal to the late Panipakuchoo, who shared the hazards and difficulties of the expedition,” which she did in a letter on Oct. 8. The naval secretary requisitioned the medal two days later, and it was delivered to his office in England the following day, a Friday. The clock was ticking.

Joe’s widow, Letia, arrived in Vancouver for the ceremony. She travelled from Pond Inlet with her daughter, Annie, who had also been on the voyage. Over the weekend the medal was dispatched to Ottawa, where it was received on Oct. 15. The next day, in the custody of a government official, it made it to Vancouver in the nick of time, for presentation to Letia.

Although the issuing of the medal was approved by Queen Elizabeth II, it does not bear her image on the obverse (the front). Rather, just like the medals of the crew members he travelled with in 1944, Joe’s medal bears the image of the Queen’s father, George VI, the monarch at the time of the voyage. The clasp–the metal bar accompanying the medal–reads “Arctic 1944.” It is, therefore, identical to the medals issued to all of Joe’s adult male shipmates.

A letter from the RCMP commissioner accompanied the medal and read as follows:

“This commendation is presented to the family of the late Special Constable Panipakuchoo in recognition of his valuable contribution to the successful East-West voyage through the Northwest Passage by the Royal Canadian Mounted Police Schooner St Roch in 1944.” It went on to note that, as guide and interpreter, Panipakuchoo had “provided valuable assistance to the Captain, Sergeant H. A. Larsen, when, through his keen sense of direction and knowledge, he was able to give advice in plotting the ship’s position at times when this could not be determined from the charts, and which resulted in locating the northern entrance to Prince of Wales Strait, thereby enabling the continuation and eventual completion of this historic voyage.”

Joe had been a casual employee of the RCMP at the time of the voyage; he did not become a Special Constable until four years later. Thus, he was not awarded the medal because of his position in the force but, rather, for his service to the expedition. But there were two other adults who served the expedition just as faithfully–Joe’s mother, Panikpak, and his wife, Letia– not to mention Joe’s stepson Aariak, who, at fifteen, worked as a hunter alongside Joe, providing food for the crew. But Joe Panipakuttuk was the only Inuk ever to be awarded the prestigious Polar Medal.

Following the death of Letia Panipakuttuk, her family donated the Polar Medal to the RCMP Museum in Regina, Saskatchewan.