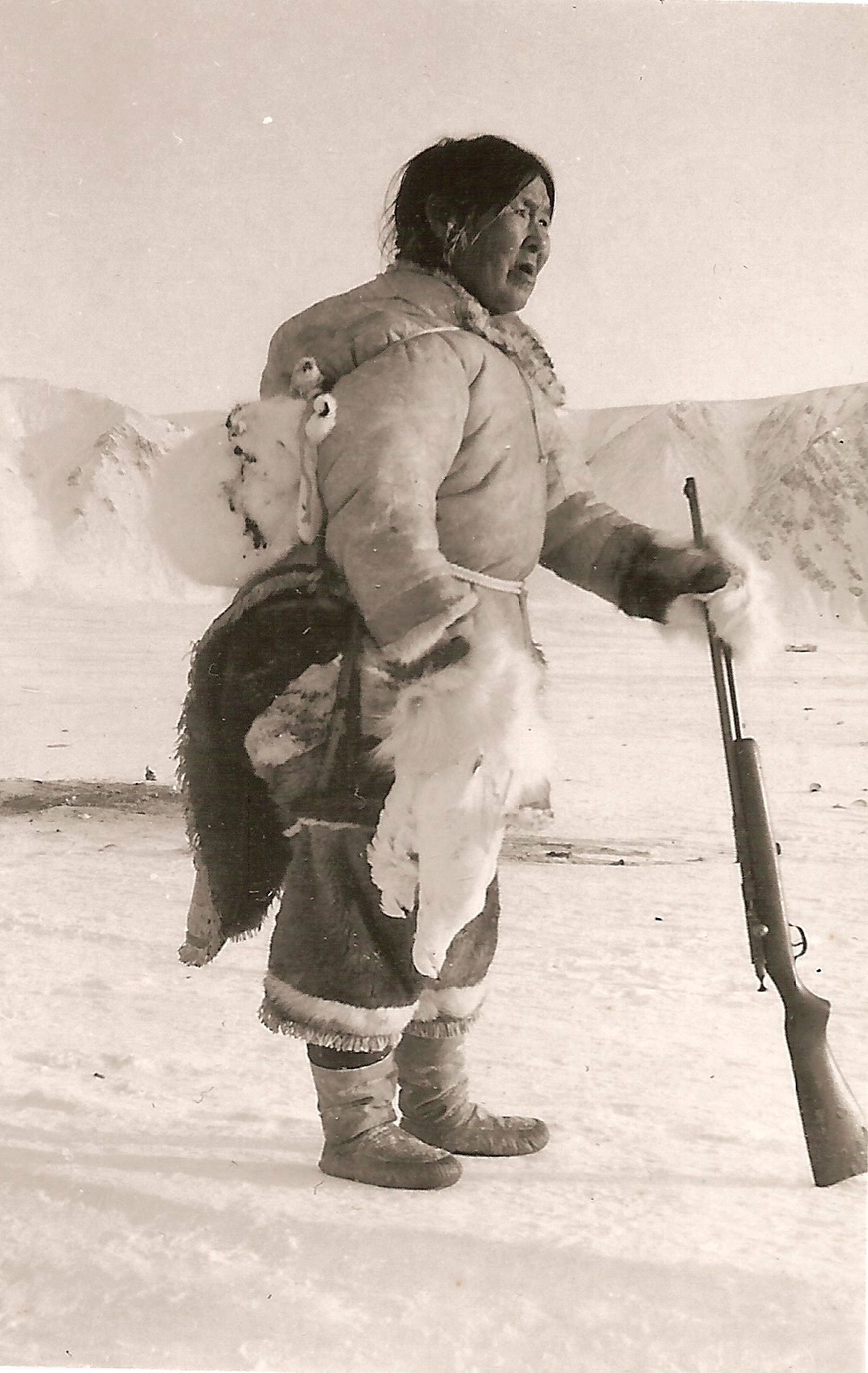 Joe Panipakuttuk on the St. Roch: Winter at Herschel Island and getting home

For the first instalment of this story, please see Taissumani, Aug. 7

In mid-September of 1944, the RCMP vessel St. Roch left a group of Inuit from Pond Inlet at the old whaling station of Herschel Island off the Yukon coast, where they would spend the winter while the ship continued on to Vancouver. Joe Panipakuttuk and his stepson Aariak had been hunters and guides for the ship’s captain, Henry Larsen; Joe’s mother, Panikpak, had been the expedition’s seamstress, helped by Joe’s wife Letia, who also had three young children to tend to. Six-year-old Mary Panigusiq was also on the voyage, accompanying her grandmother Panikpak.

Joe spent the early fall sealing, and eventually became friends with a local Inuk who said he was from Alaska. He took Joe with him on a caribou hunting excursion. There was a difference between the dialects spoken by the two men, but Joe said that he understood him very well. That trip broke the ice, and Joe was no longer hesitant about meeting local people.

He and Aariak spent the winter hunting, and he recalled that “there were caribou all the time.” He made a trip to Aklavik with another man and there he encountered First Nations people for the first time, and more white people than he had ever seen before.

Joe was surprised at the different culture he experienced among the Inuit of the western Arctic. “The Western Inuit have ways very much like the white people and they would buy meat from me,” he wrote. “I got $200 from the Inuit there just for selling them meat. When they wanted seal, they would give me $10 for it, caribou meat, $5, or if it was back meat of the caribou they would pay me $10. I told them we were all Inuit and that they should not pay me for the meat, but they said that they had to pay for everything they take from someone.” 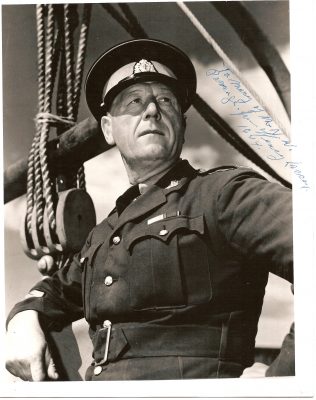 Captain Henry Larsen signed this photograph for Mary Panigusiq (later to be known as Mary Cousins) for her participation in the 1944 voyage of the St. Roch. His message reads “To Mary of the N. W. Passage.” (Photo from the Harper Collection)

On Aug. 11, 1945, Captain Larsen once more manoeuvred the St. Roch into the harbour at Herschel Island. He was surprised to find the Inuit living in a tent, because he had left them in a comfortable house the previous fall. Joe explained that there was nothing wrong with the house, but he and his family much preferred a tent in the summer. The family packed up their gear and boarded the little vessel. Their next stop was Tuktoyaktuk where they spent two uneventful weeks, before sailing on to Coppermine, where they spent another three weeks. The passage from there to Cambridge Bay took many days. They remained there for the winter.

On April 22 of the following year, Joe and his family left Cambridge Bay, but not aboard the St. Roch, which Larsen had decided not to take any farther eastward. Instead they left by dog sled. Joe had eight dogs—“the same number of dogs as we had people on that journey,” he wrote. Four of the eight people were young children—this would be the longest sled journey of their lives. He continued, “Our sled was twenty feet long and we had five pups besides the eight grown dogs.” They were accompanied by a local guide, Kanayuk, who went with them as far as Gjoa Haven, where they waited for a week to replenish their supplies of dog food. There, another guide, Tiitaa, a Nattilingmiut, and his wife agreed to travel with them on to Ikirasak. This was Fort Ross, a Hudson’s Bay Company trading post founded only in 1937 on the unofficial boundary, at least for resupply purposes, between the western and eastern Arctic.

On the way to Fort Ross, Joe took ill. Aariak and Tiitaa got a seal but, Joe wrote, “I was so ill that I couldn’t eat the meat.” They travelled on for another night—springtime travel was often at night when the snow was firmer—and then made camp. While Aariak and Tiitaa were out in search of seal, a polar bear came into camp. Joe shot at it but missed, loosed the dogs to chase it, and eventually caught up to it and shot it where the dogs had stopped it. “I walked back feeling very sick and my lungs were sore and burning…. I had to stay in bed for two days feeling very weak.” This was no ordinary illness. Without naming the culprit, Joe explained in his memoir, “I found out that a shaman was trying to kill me, but he killed himself instead and I got better when he died.” Inuit believed that if a shaman attempted to kill another person through supernatural means and was unsuccessful because the intended victim’s helping spirits were stronger than his own, then the perpetrator would die instead. This is what had happened.

They moved on and shot four caribou. By late June the snow was almost all gone from the land, and so they moved onto the sea ice. As they neared Fort Ross, they encountered a hunter, Taqulik, a man originally from Cape Dorset [now Kinngait]. When they reached the trading post, they were told that they should wait until a ship came in from the east to take them back to Pond Inlet. Joe passed the time hunting with Tiitaa and Taqulik.

Finally, the famous HBC ship Nascopie arrived, and the family was soon on the final leg of its journey home. Joe ended his narrative abruptly: “We had left Pond Inlet in 1944 and here we were coming back in 1946. It was hard for me to talk with my own people when we first got back because I kept talking in Western dialect, I had been away that long.”

Joe Panipakuttuk continued to work on a casual basis for the RCMP, then signed on to the force officially in 1948 as a special constable. He served for 15 years in the force’s most isolated Arctic posts: Craig Harbour, Dundas Harbour, Alexandra Fiord, Grise Fiord and, of course Pond Inlet, always with his family accompanying him. In 1951 when he moved to Craig Harbour, near present-day Grise Fiord, he was accompanied by his half-brother Kyak, another well-known special constable, and his family; they remained there for two years. Joe’s stepson Aariak (Joanasie Benjamin Arreak) also became a special constable in 1948 and served for 20 years—this was indeed a police family! Joe retired to a quiet life in Pond Inlet in 1963. He died there on March 23, 1970, and is buried beneath an impressive granite headstone erected by the RCMP.