Who was Kate Mackay? 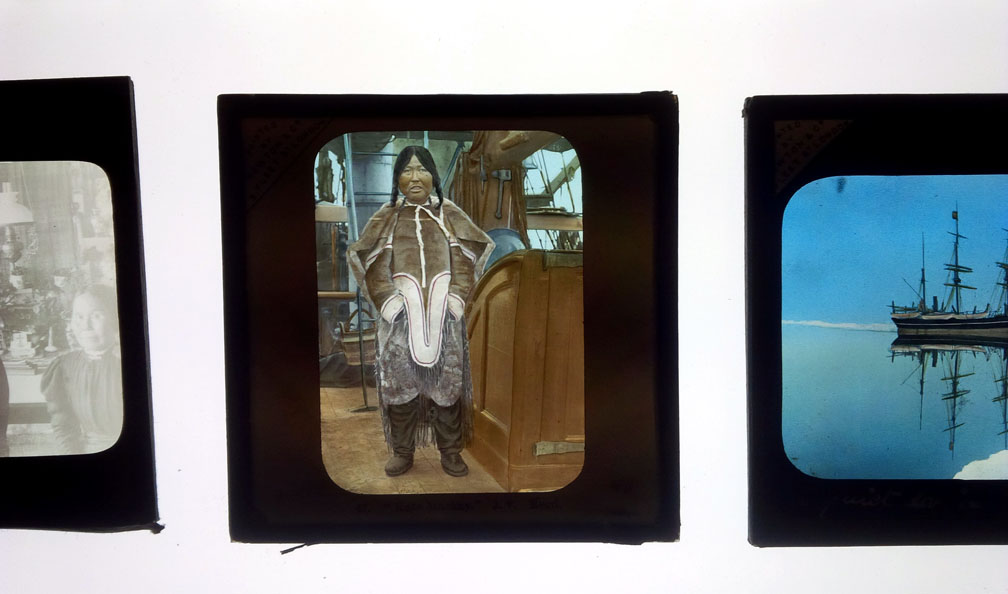 A coloured glass slide of a photo, taken in 1889, of a woman who for many years was known only as “Kate Mackay.” (Harper collection)

It is well-known that in the heyday of Arctic whaling, whaling masters had their lovers among Inuit women.

Often the woman would be the wife of a leading man who worked for the whalers, and often the Inuit couple would live on the ship for the whaling season. The woman would perform the role of seamstress—keeping the captain’s clothes, boots especially, in order and often sewing for other members of the crew.

Readers of Arctic whaling history are familiar with the story of Captain George Comer and his Inuit “wife” Nivissannaq.

She was well-known by her nickname Shoofly. Her husband was Auqqajaq, whom the whalers called Ben. Ben and Nivissannaq lived aboard Comer’s well-known ship, the Era, whenever it was in Hudson Bay.

Similar arrangements existed at other locations in the Arctic where whalers overwintered or spent long seasons, but those affairs are less well documented.

Many years ago, I purchased a collection of glass slides of Arctic whaling scenes. One of the slides was of an Inuit woman in mostly traditional North Baffin Island clothing, on the deck of a whaling ship. 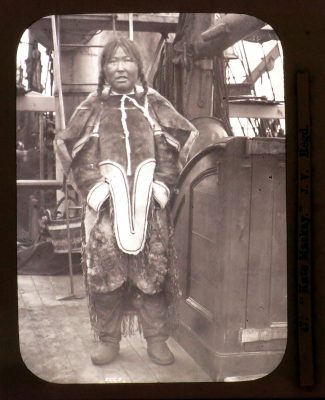 A black and white version of the 1889 photograph of “Kate Mackay.” (Harper collection)

She is probably in her late 30s, fairly heavy-set and pleasant in appearance. Perplexingly, the slide was labelled “Kate Mackay.”

This seemed strange. There is no Inuit family in northern Baffin Island that historically had the surname Mackay.

The photograph was taken in 1889 aboard the Maud, a ship out of Dundee. The Maud was a wooden sailing ship, built in 1865 but converted to steam power in 1886, three years after it was purchased by Captain William Adams. The year 1889 was a good one for the Maud; the vessel took three bowhead whales, which yielded 60 tons of oil, and two and a half tons of baleen.

Walter Livingstone-Learmonth, a photographer, was on board that season and took a number of professional-quality pictures. He left a diary, but it is silent on the identity of the woman whose picture is #47 in the collection of glass slides that was produced.

There was a whaling master in the Dundee fleet whose surname was similar to that of Kate Mackay. He was Captain Harry McKay. A whaling history has described him as “a handsome and charming man,” the youngest captain in the Dundee fleet.

In 1900, he was captain of the Esquimaux, and from 1905 to 1909 he was in charge of the Diana. Before his first captaincy, he had served as mate aboard various vessels, but it is not known whether he had Arctic service in those years. 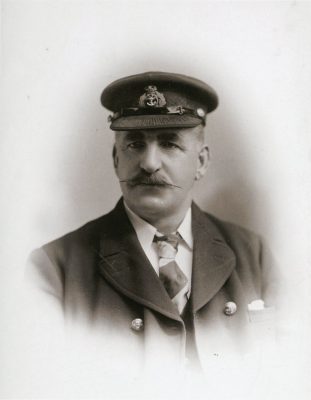 Capt. Harry McKay, a whaling master who in the 19th century worked in the Dundee fleet. (Harper collection)

We don’t know in what year Kate Mackay became known by her Scottish nickname, only that whalers knew her by that name in 1889. Although it is tempting to assume she was Captain McKay’s lover, there are other possible ways in which she may have acquired the name.

I wondered what her real name might have been. I contacted Philippa Ootoowak at the Pond Inlet Archives to see if their files might shed any light on the woman’s identity.

She said that some time earlier, she and elders there had seen a picture of the glass slide of Kate Mackay; the elders had discussed her, but to no avail. She was just beyond the memory of the remaining local elders. No one knew her true identity.

And then the unbelievable happened. In 2017 another copy of the glass slide showed up for sale on eBay.

But with this listing there was a description:

“We must not omit to show you a photograph of a young lady. This is Mukpa, an Esquimaux from Navy Board Inlet. She is considered the belle on the west side of Davis Straits. She is a good sewer and a splendid cutter, and is always ready to assist her brothers and sisters in time of need. She is a great favourite with all visitors, and goes by the name of ‘Kate Mackay.’”

I contacted the seller. “Where does this information come from?” I asked.

It turned out that there was a small booklet accompanying the set of 50 slides. It was called “Greenland’s Icy Mountains. A Lecture to accompany a set of Photographic Transparencies.”

The booklet was extremely rare and wasn’t for sale, but the seller had quoted the description of slide #47 to enhance his eBay listing. It was the information I had been looking for and had despaired of ever finding.

We still know very little about Kate MacKay. Her name was Mukpa (Maqpa in today’s orthography.) She was from Navy Board Inlet, to the west of present-day Pond Inlet. She was a popular and skilled lady.

Was she the lover of a whaler with a similar name? Or was the name simply a nickname? We will never know more of her unrecorded story.

But we know a little more than we did before. And that’s what history is made of.