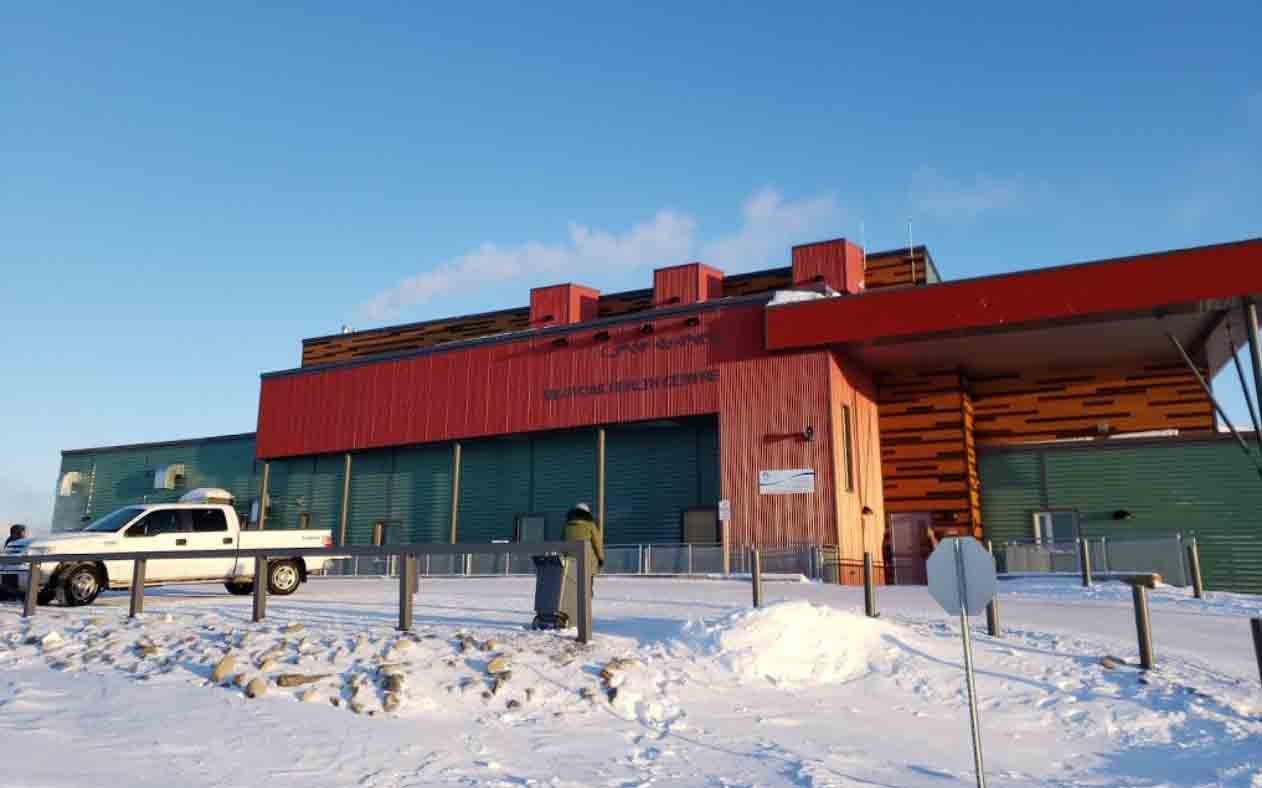 The Taloyoak Health Centre is tentatively scheduled to reopen Sept. 25, depending on results from air quality tests. (File photo)

The Taloyoak Health Centre could be operating again by Sept. 25 after a fuel spill shut it down last month, according to a government spokesperson.

On Aug. 18, the Government of Nunavut announced the spill had forced partial closure of the health centre and that only emergency services would be provided there, in a part of the building not affected by fumes.

But on Aug. 31, it was announced that emergency services had been moved to Taloyoak’s old health centre, as the smell of fumes had increased in the newer centre.

Department of Community and Government Services spokesperson Suleikha Duale told Nunatsiaq News that the planned Sept. 25 reopening is subject to air quality tests showing the building is safe to use again.

The GN is still working to clean the fuel spill in the mechanical room of the new health centre, Duale said.

Exhaust fans were shipped to the hamlet Sept. 1 to help improve the building’s air quality. The plan is for the fans to be installed in the mechanical room to vent hydrocarbons from that area.

Once it has been determined how much fuel leaked beneath the building, the contaminated soil will be removed.

Air testing equipment was flown into Taloyoak on Sept. 8. Air samples, which are assessed for polycarbons, will be flown out for lab testing and initial results are expected by Sept. 14.

Meanwhile, filters to reduce the smell of fuel entering the building were delivered Sept. 7 and expected to be installed Sept. 9. The GN is also ordering smoke and carbon dioxide detectors for the health centre and staff apartments in the building.

During the shutdown, apartments in the new health centre had to be evacuated. Staff who were living there are currently staying in apartments at the older centre and in private accommodations.

Those workers will not be able to move back into their apartments in the new health centre until it’s approved by the GN.