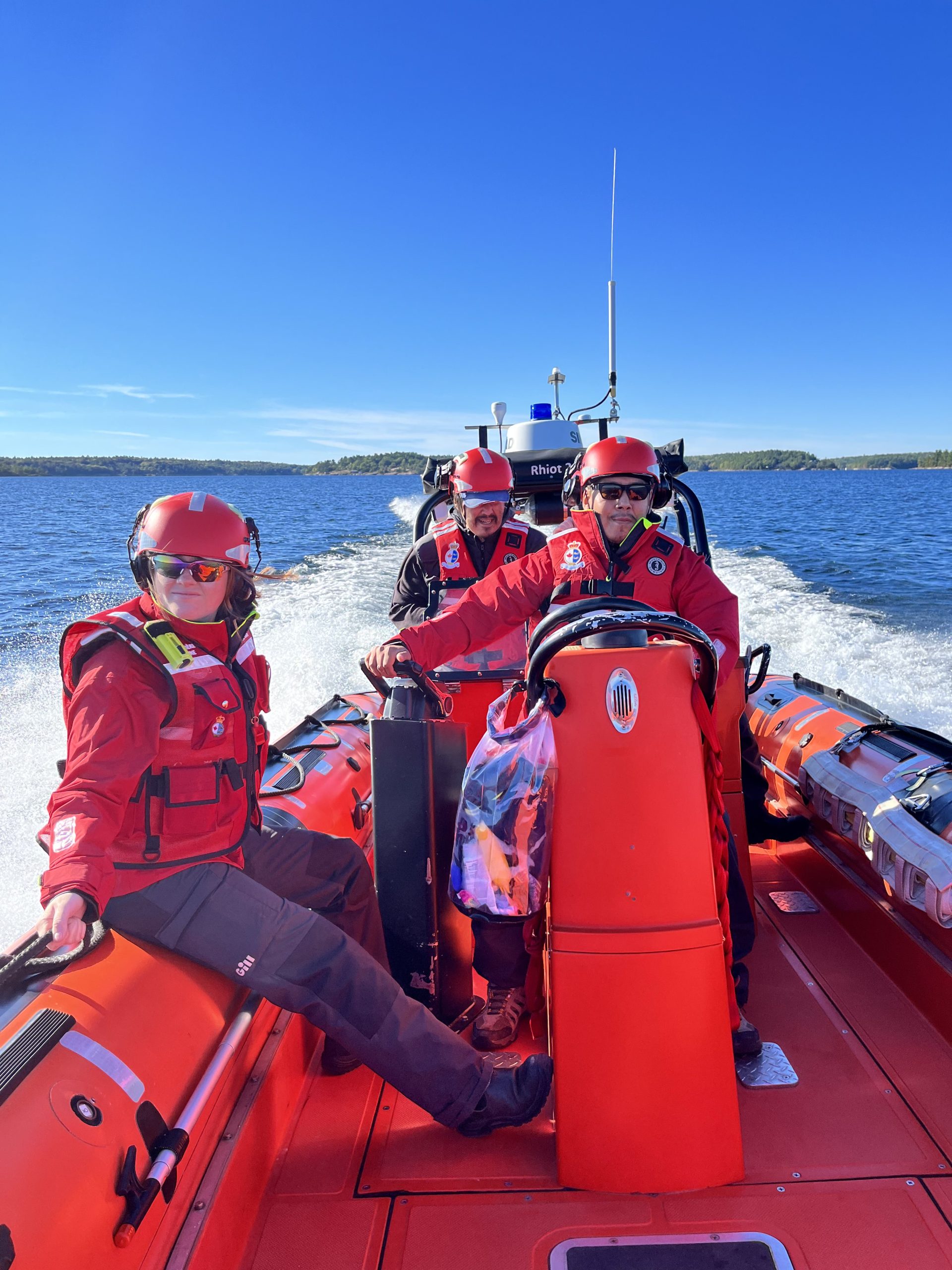 Taloyoak land guardians take their experience to the sea

Taloyoak’s land guardians are taking to the water.

A group of six, including two youth, have expanded their duties to include oversight of the oceans and freshwater of the Boothia Peninsula region, where the community is located.

They took on the roles after completing a series of boating safety and marine first aid certifications.

Guardians are trained local experts who act as the eyes and ears of traditional lands and waters. They play a crucial role in Indigenous-led conservation and preservation efforts.

Taloyoak’s lead guardian, Abel Aqqaq, brings more than 35 years of experience as a Canadian Ranger, which is a component of the Canadian Armed Forces reserve, as well as a lifetime spent trapping and hunting on the land. 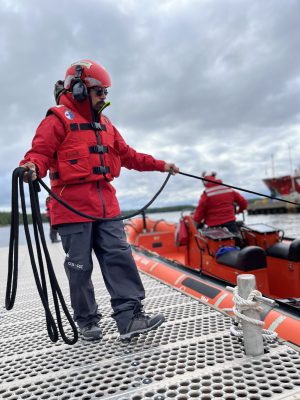 Aqqaq said the safety training is important because it will give the guardians more confidence when facing emergency situations during their day-to-day duties.

“I even feel that the community is even safer having the guardians taking the first aid,” he said.

Through a video, he and other guardians members recorded answers to questions from Nunatsiaq News.

The guardians’ new marine role was made possible by a three-year, $3.53 million funding package from the Department of Fisheries and Oceans.

For the Canadian Coast Guard, tapping into the local guardians for support is vital for increasing the network of safety and support for visitors to the Arctic, said Christina Sharun, deputy superintendent of search and rescue for the coast guard.

“The lifetime of local knowledge and experience that the guardians have from spending their whole lives on the land and on the water makes them extremely well-suited to be [search and rescue] responders,” she said in an interview with Nunatsiaq News.

The guardians are also tasked with monitoring and measuring the ocean and freshwater environments to track climate change impacts, species population health and diversity, as well as boat traffic.

Aqqaq said the guardian program benefits the Taloyoak community directly by opening up new chances to pass on knowledge.

Combining traditional Inuit knowledge and western science methods is central to the guardian program. It allows members to build their own collections of data and observations, and strengthens the position of local Inuit as co-managers of their own lands and waters.

Community members, including students and elders, who are curious to know more about the work the guardians do often ask to join the guardian teams as they patrol, monitor and hunt.

Hunter Lyall, 18, one of the two youth guardians, is grateful for the opportunity the program has offered him to be a protector of the land, and provide to his community through sustainable harvesting of country food.

“It’s probably the best job that I could have,” he said, “because I get to go out on the land and water and provide for my community and learn some new things traditionally.”