New documentary ‘Ever Deadly’ weaves the personal and political; it opens Friday in Iqaluit 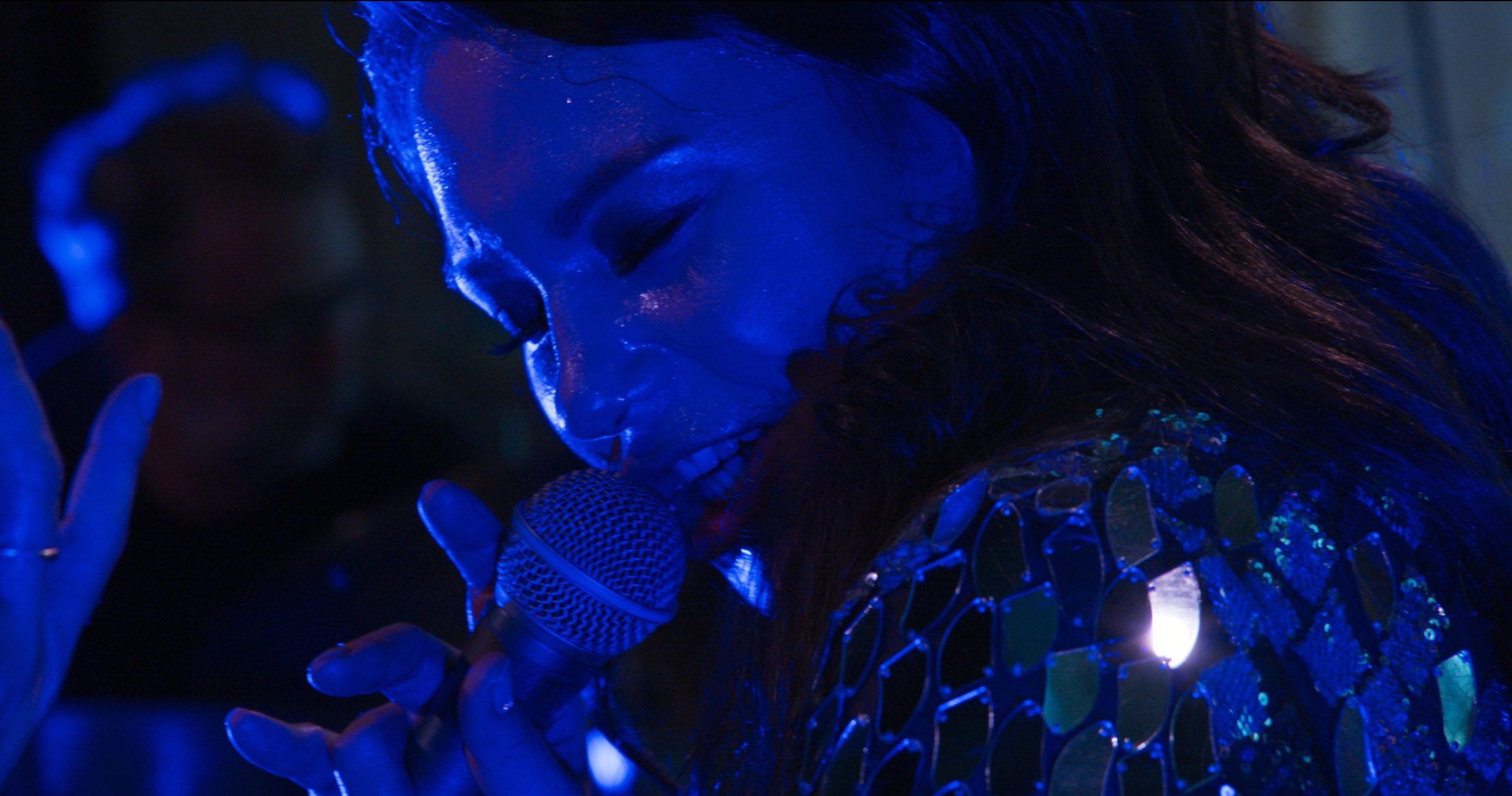 Tanya Tagaq performs onstage in a scene from the new film ‘Ever Deadly,’ a documentary about the famed artist premièring Friday. (Film still courtesy of the National Film Board)

Tanya Tagaq’s career as a performer is as inventive as the artist herself.

She’s won the Polaris music prize and multiple Juno Awards for her music, written a novel, has toured the world and collaborated with artists like Björk and Buffy Sainte-Marie.

But viewers expecting a tidy synopsis of Tagaq’s life and career won’t find it in Ever Deadly, a new National Film Board documentary about the celebrated Inuk singer.

The film, co-directed by Tagaq and filmmaker Chelsea McMullan, is an experimental take on the documentary genre.

It premières Friday at Iqaluit’s Astro Theatre, and in Ottawa and Vancouver.

Over 90 minutes, Ever Deadly weaves together concert footage, striking visuals of the Nunavut landscape, and intimate portraits of Tagaq’s family in their home community of Cambridge Bay.

The idea for a film was sparked by McMullan, who wanted to work with the singer after seeing her perform live.

“Her performance felt in a lot of ways really cinematic to me,” said McMullan.

One long, continuous shot of Tagaq’s throat singing on a small stage forms the spine of the movie.

The camera closely follows Tagaq’s face, bathed in shades of blue and purple light, as her voice jumps from soft whispers to haunting melodies to sudden gasps and shouts.

It’s an intimate framing choice, one that took the usually camera-shy Tagaq by surprise.

“When I finally saw the film, I was like, why … is it opening my face?” Tagaq said with a laugh.

“Because Tanya is so … enigmatic,” McMullan laughed back.

Tagaq, 47, has been an important figure on the Canadian music scene for more than two decades.

She said it was important to her that the film document as closely as possible what her performances are like, and to showcase how improvisation is integral to how she connects with the music and the audience. 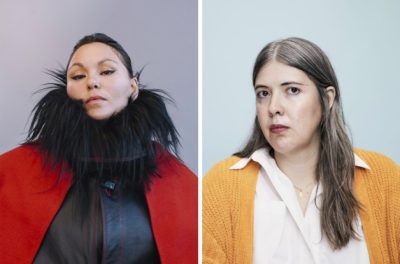 “I’m feeding off the people in the room,” Tagaq said of her live shows.

“This isn’t scripted, we haven’t practised this. It’s never going to happen like this again. Every single concert is different.”

That approach to improvising also informed the way the film came together — an earlier cut had a more typical narrative structure to it, McMullan said.

But when the COVID-19 pandemic hit, the team decided to scrap that version and start fresh with a looser approach.

“We needed to be unrushed and relaxed and focused on it,” Tagaq said.

The crew visited Cambridge Bay several times to film with Tagaq’s family, often only pressing record when they’d have an idea for a scene.

“It was a bit of a ‘letting go’ process for me to really get to a place to allow the film to be as improvised as it was. A lot of that came from taking Tanya’s lead,” McMullan said.

“Tanya really is a master improviser, she’s so incredible at it.”

Just as the film is a snapshot of an artist in her element on stage, so is it a portrait of where Tagaq comes from and what informs her activism.

In one segment, Tagaq’s mother speaks about her family’s forced relocation to Resolute Bay decades earlier by the federal government.

“I’m really proud of my mom for opening up about the relocation,” Tagaq said.

In another moment, the film shows a series of news clips of activists, including Tagaq, denouncing government inaction on missing and murdered Indigenous women and girls. 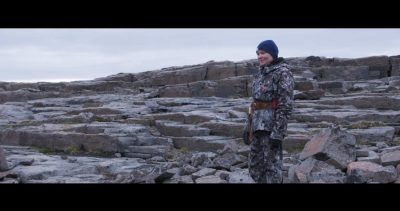 Tanya Tagaq in a scene filmed just outside her home community of Cambridge Bay in the film Ever Deadly. (Film still courtesy of the National Film Board)

“I do not want to put up with what is so starkly unfair, and I do not want to lay silent while the government reaps the benefit of these lands, so of course it was going to end up in the film,” Tagaq said.

“It’s one of the reasons I do my work in the first place, to heal my own heart and give consolation to those who are hurting and also spread awareness.”

Layered throughout the film are sweeping shots of the tundra and animations created from drawings by Kinngait artist Shuvinai Ashoona.

“I don’t think it could ever replicate Tanya live, because there’s nothing like it ever in the world, but I hope you get to that similar place, allowing yourself to really feel it,” McMullan said of the film.

As for Tagaq’s hopes for the film, she said she’s really proud of where she’s from and she’s just happy that people get to see it.

“I just really want people to let it wash over them … and just take it in,” she said.