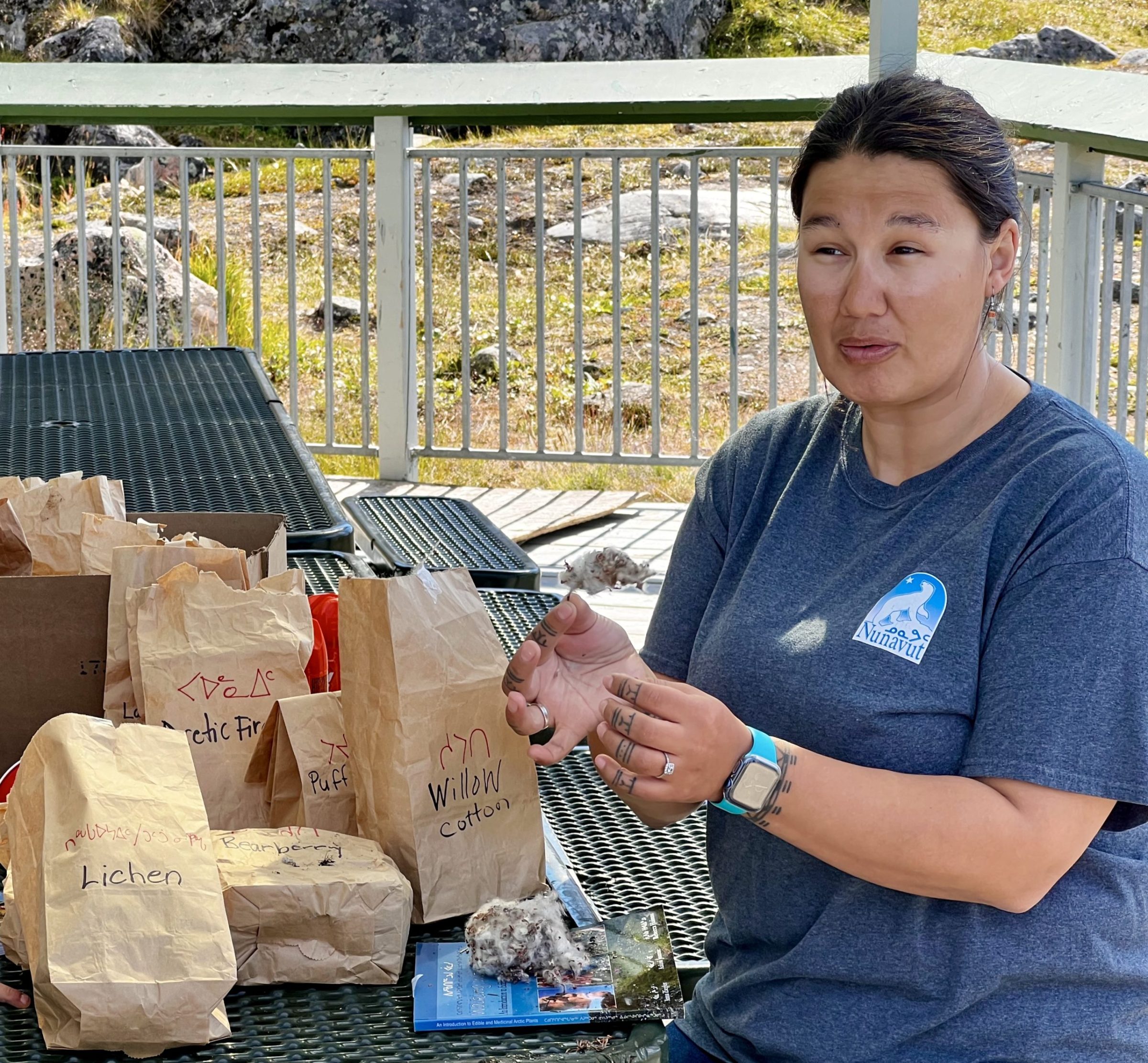 Instructor Caroline Ipeelie shows participants examples of some of the many plants and berries that people can find in Iqaluit, and explains what they can be used for. Ipeelie was giving a workshop at Sylvia Grinnell Park on Thursday as part of the “Learn To” series of summer activities across the territory. (Photo by Madalyn Howitt)

Growing up, Caroline Ipeelie didn’t know all the names and the uses of the plants she would see in Iqaluit until she joined some local plants walks and learned for herself.

Now the director of heritage at the Government of Nunavut, Ipeelie is passing on the knowledge of Arctic plants that she has gained over the years to others.

Ipeelie did just that Thursday at Sylvia Grinnell Territorial Park in Iqaluit. Her workshop was part of Nunavut Parks’ weekly “Learn To…” series offered across the territory this summer.

Ipeelie said it’s important to pass down this knowledge so it can be sustained for future generations.

“It’s not everyone who knows these things,” she said.

“It was hit or miss back then on what worked, what you could eat. Dependence was solely on the land.” 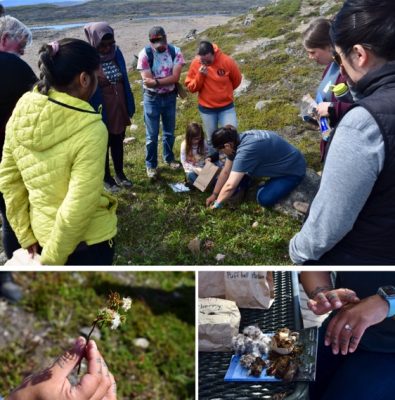 Participants at a summer workshop learn about Arctic plants at Sylvia Grinnell Park on Thursday from instructor Caroline Ipeelie. Top: Caroline Ipeelie shows participants how to dig for the Alpine Bistort plant, which has an edible nut at the base of its root; bottom left: The white flowers of Labrador Tea, which can be boiled for a strong-tasting tea; bottom right: Ipeelie rubs the powder from a puffball mushroom on her hand, which can help to heal skin. (Photos by Madalyn Howitt)

Participants were first given a short lesson on what plants can be found in the park and how they can be used, before being led on a short walk across some rocky cliffs nearby.

Iqaluit is home to several edible berries, and now is the best season to pick many of them, Ipeelie explained. Cloudberries and crowberries are best when they reach a deep plum colour, and blueberries are just reaching their peak flavour as September approaches.

On top of being delicious to snack on, berries offer antioxidant benefits and can aid with digestion, like the red bearberry.

Some of the other plants that Ipeelie showed participants on the walk included:

“Arctic cotton, because bugs don’t like it,” she laughed.

The white and fluffy natural insect repellent can be preserved for a long time, and it can also be used as a soft insole in footwear, a cleaning tool and to fill mattresses, she said.

Ipeelie encourages anyone interested in learning more about what plants can do to get out on the land and pick some of their own.

“Now’s the time to experiment when things are ripe and ready.”