PLATO Testing founder says of working in Nunavut: “if I had a partner up there, I’d do it tomorrow” 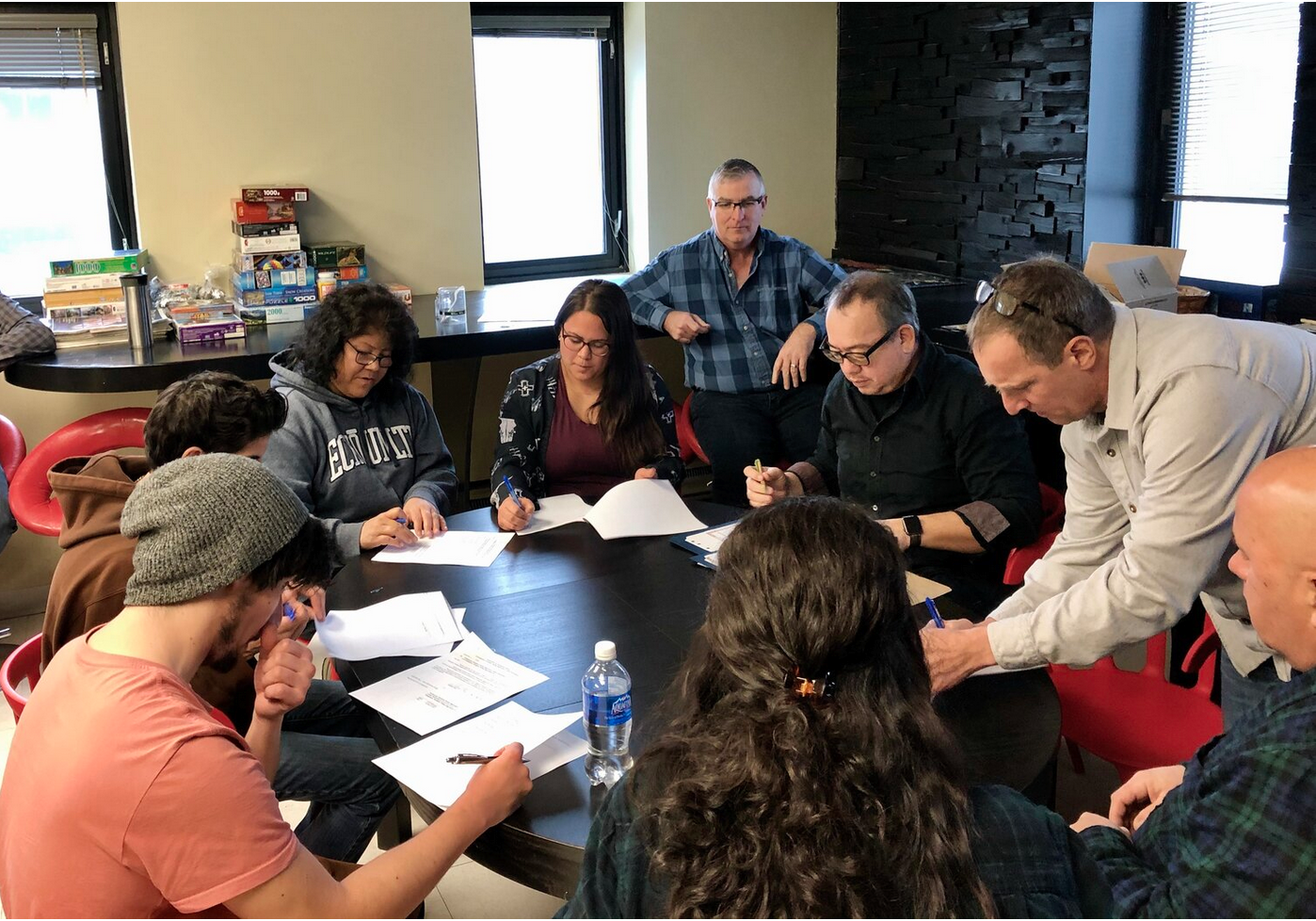 PLATO Testing, a company that trains Indigenous youth to help test software, says it’s a step closer towards being able to expand to the North, after receiving $500,000 in financing from Raven Indigenous Capital Partners, a firm that specializes in investing in Indigenous initiatives. (Photo provided by PLATO Testing)

After leaving what he thought was his dream job in business with no backup plan at 43, Scott Dillon says he thought to himself, “OK creator, I’m ready for whatever’s next.”

Then, he got an email.

It was from a software testing company based in New Brunswick, called PLATO Testing, advertising a free training program.

“I thought it was too good to be true,” Dillon said.

Dillon is of Inuvialuit descent, and one of few Inuit who have gone through the program. He now works for PLATO from his home near Calgary, testing software for an international company based in Boston.

PLATO tests software for clients across North America while running a training program, which more than 175 Indigenous students have completed to date, according to a news release from the company.

Software testers try out new computer programs to find any bugs or glitches before they are released.

PLATO wants to get more Indigenous people into the world of software testing, and is hoping a new injection of $500,000 will help do that. The money comes from a firm that specializes in investing in Indigenous initiatives, Raven Indigenous Capital Partners.

PLATO Testing founder and chief operating officer Keith McIntosh says the money, announced Jan. 13, will get the company closer to its goal of training and hiring Indigenous software testers “from sea to sea to sea.”

“We will definitely be there [Nunavut] eventually,” he said.

PLATO has been training Indigenous software testers since 2015, after McIntosh said he wanted to create opportunities for Indigenous peoples in Canada.

In the technology industry, he said, there are more jobs than people to fill them, so lots of work gets outsourced to other countries.

“In our own country there’s people who want opportunities, why aren’t we trying to match this up and keep the work here,” he said.

The training program has run in cities like Regina, Calgary and Sault Ste. Marie, and before the pandemic, McIntosh said he was talking with the mayor of Whitehorse about potentially starting a program in the Yukon.

McIntosh said it’s hard to start offering the training in a new city or territory like Nunavut without being able to travel there to learn about a community’s needs and create relationships, but “if I had a partner up there, I’d do it tomorrow.”

Back in Calgary, Dillon spoke about how important it is for Indigenous youth to see others in their communities working in the technology industry.

The Conference Board of Canada released a statement on Jan. 15, saying many northern and remote high schools do not prepare Indigenous students to continue in post-secondary science, technology, engineering and mathematics (STEM) studies.

Currently, Indigenous people make up over four per cent of all adults in Canada, but represent less than two per cent of those working in STEM.