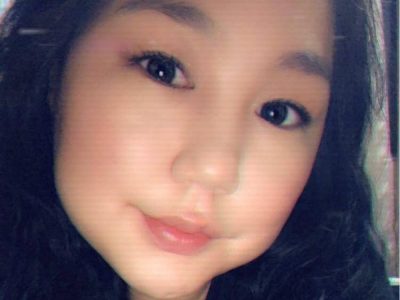 Lennese Kublu, the teen charged with the second-degree murder of her mother, has been released on bail. (Facebook photo)

A teenaged girl who stands charged with second-degree murder in the death of her mother in Ottawa was released on bail last week.

Lennese Kublu, 19, who is originally from Igloolik, is accused of stabbing to death her mother, Susan Kuplu-Irqittuq, last January in the family’s Ottawa home.

The two accused have each been held in custody at the Ottawa-Carleton Detention Centre.

A photo posted to social media last week showed the 19-year-old eating dinner at an Ottawa restaurant with family members.

Kuplu-Irqittuq, 37, who is also from Igloolik, went missing in mid-January.

Kublu disappeared around the same time; police located both Kublu and Brown in Toronto a few days later, where Brown had been picked up on assault and drug trafficking charges.

Police allege that on or around Jan. 10, the couple fought with Kuplu-Irqittuq in the family’s Ottawa townhouse. They also allege that at this point Kublu and Brown stabbed the woman to death.

They appear to have then disposed of her body in a dumpster; Kuplu-Irqittuq’s remains were discovered in the Trail Road landfill site in mid-February.

While Kublu is now out on bail, Brown remains in custody. The charges against them have not been proven in court.

Kublu will appear in court next Nov. 4 for her preliminary inquiry.