The “boozy” map of Nunavut 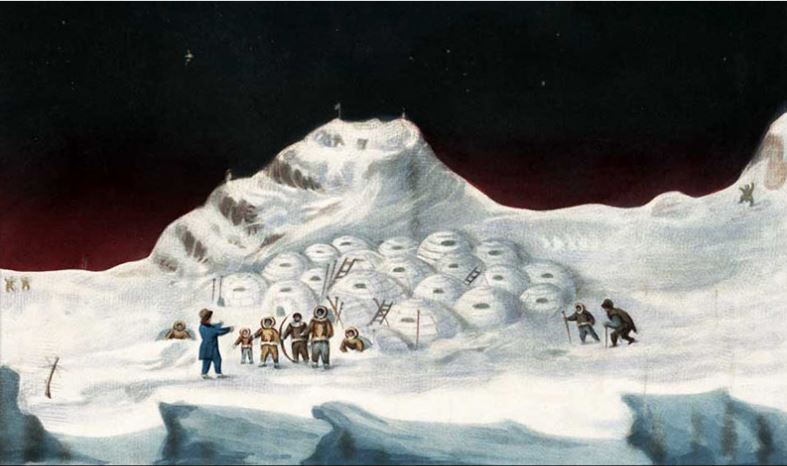 The map of northern Canada is covered in controversy. In recent years, Inuit heritage organizations have laboured to return Inuit names to geographical features of Inuit Nunangat — the Inuit homeland. Still, the usual published maps of the Arctic are replete with European names for lakes, rivers, mountains, bays, promontories, indeed, geographical features of any possible description.

Some of these are descriptive in nature, but many commemorate people — sometimes the explorer or namer, but often someone back “home” who had never ventured to the Arctic but was important to the explorer. Often that importance was because the person named had financially supported the efforts of the explorer.

One peculiar category of named places in the Arctic is those places named for the purveyors of alcoholic beverages.

John Ross (later to be Sir John Ross) earned the enmity of John Barrow, the powerhouse who controlled the British Admiralty, when Ross failed to explore Lancaster Sound as a possible entrance to the Northwest Passage in 1818. Thereafter, Barrow threw roadblocks in Ross’s career path. Denied government support, and wanting to return to the north, Ross turned in desperation to a private backer to support an expedition that he launched in 1829.

That backer was Felix Booth, a wealthy gin merchant. For his help, Ross named two geographical features after the booze magnate. Boothia Felix is the name he gave to a large peninsula, the northernmost extremity of mainland North America. The name was later changed to the more mundane Boothia Peninsula. According to the Inuit Heritage Trust, the Inuktitut name is Nuvuk — which means simply “peninsula” or “point.” There’s nothing special about that — there are hundreds of places called “Nuvuk” in Nunavut.

Ross’s Boothia Felix sits beside the Gulf of Boothia, separating the peninsula from northern Baffin Island. And Booth’s first name graces Felix Harbour, an indentation on the peninsula, where Ross had his winter quarters.

Far to the north of mainland North America, north even of the area traditionally inhabited by Inuit, are the Queen Elizabeth Islands, a subset of which are the Sverdrup Islands. Otto Sverdrup was a Norwegian explorer who explored the High – very high – Arctic for four years beginning in 1898. It is because of Sverdrup that so many Norwegian names are found on the map of farthest northern Canada.

Sverdrup was financially supported by the Ringnes Brothers, owners of Norway’s largest brewery. It was illegal to advertise alcoholic beverages for sale in Norway, and so it has been suggested that having their names placed on a map would increase the profile of their beer without actually being advertising. That’s unlikely — the average Norwegian beer-drinker was not likely to consult a map of northern Canada to help determine which brew he would buy. More likely the wealthy brothers just wanted to support a Norwegian explorer.

For whatever reason, Sverdrup named two islands to the west of Ellesmere Island, far to the northwest of today’s Grise Fiord — Ellef Ringnes Island and Amund Ringnes Island.

Incidentally, Sverdrup also named Grise Fiord, the body of water beside today’s farthest northern Canadian community. In Norwegian, it means “Pig Fiord.” Two stories compete for the honour of explaining this unusual name. One is that the grunting of walrus in the fiord reminded Sverdrup of the sound of pigs. The other is that exploration ships often carried live animals to provide fresh meat for at least the first part of long expeditions, and that Sverdrup killed his last pig once the ships had settled into winter quarters there. Take your pick. Either one makes a good yarn. 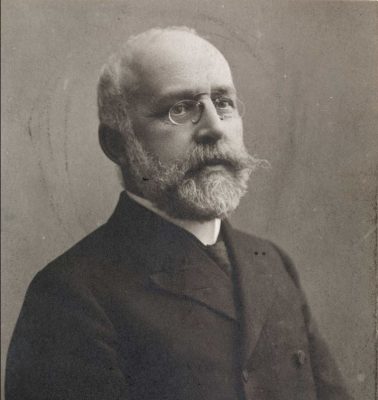 Axel Heiberg, financial director of Ringnes Brewery, for whom the explorer Otto Sverdrup named a large island in the High Arctic. (Image from Wikipedia, Oslo Museum)

Sverdrup saved perhaps his best naming coup for the largest of the Sverdrup Islands. He named Axel Heiberg Island after the financial director of the Ringnes Brewery. Perhaps this was an “in joke.” After all, no-one but an in-the-know Norwegian of the time was likely to know who Axel Heiberg was. But the man was also a diplomat and supporter of another polar explorer, Fridtjof Nansen. His name also adorns the Axel Heiberg Glacier in Antarctica and the Heiberg Islands in Siberia.

A decade ago, Ringnes Brewery marketed a beer brand called “Nunavut” in Norway with a logo that read “Nunavut – full-bodied and tasteful.” It has since ceased production. But the Ringnes name still graces the map of Nunavut.

Unfortunately, the brewery is no longer Norwegian. When the Ringnes Brewery was sold out of Norwegian hands in 2004, a descendant of the Ringnes Brothers lamented to a reporter, “A country without a leading beer brand is like a man without potency.”

Nunavut Beer, which used to be marketed by Ringnes Brewery in Norway.