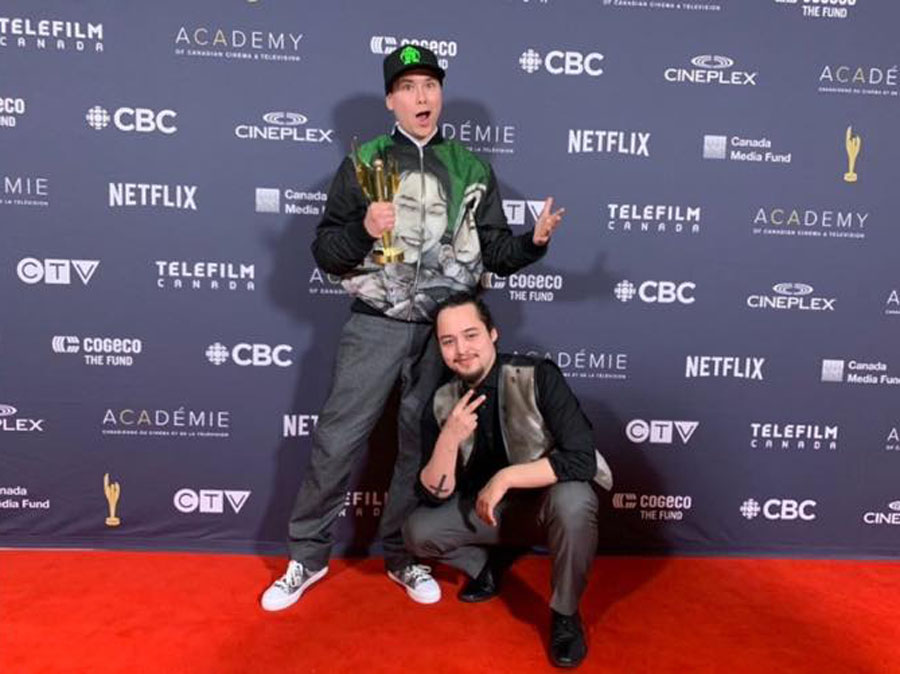 Nunavut hip-hop artists Hyper-T and Thomas Matthew Lambe celebrate the award given to the song Trials at the Canadian Screen Awards in Toronto on March 31. The song, written by Lambe, was used in the Nunavut film The Grizzlies, for which Paul “Ike” Nutarariaq was nominated for best performance by an actor in a leading role and Anna Lambe was nominated for best actress in a supporting role. The names of music producer Dan General and Adam Tanuyak also appear in the nomination for the song Trials. The film will be released in theatres across Canada on April 19. (Photo courtesy of The Grizzlies)