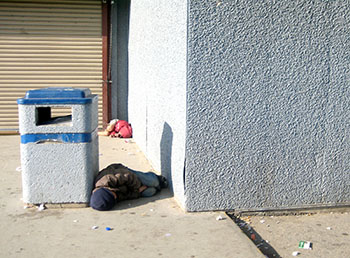 A public uproar ensued when this photograph, taken by Amanda Eegeesiak this past July 26, appeared in daily newspapers across Canada in August, just days before Prime Minister Stephen Harper arrived in Iqaluit for his annual Arctic visit.(PHOTO COURTESY OF EVIE EEGEESIAK) 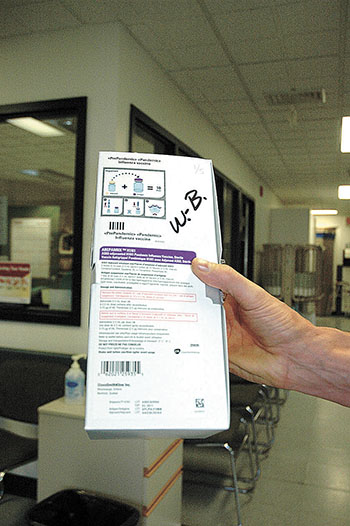 Remember swine flu? This past fall, thousands of you received this vaccine as part of the biggest mass vaccination campaign in the country’s history. (PHOTO BY SARAH ROGERS) 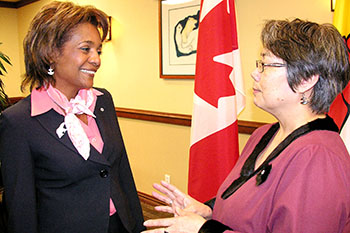 Governor General Michaëlle Jean, seen here with Nunavut Premier Eva Aariak, made a lot of friends in the Arctic when she eats a piece of seal heart during a visit to Rankin Inlet. 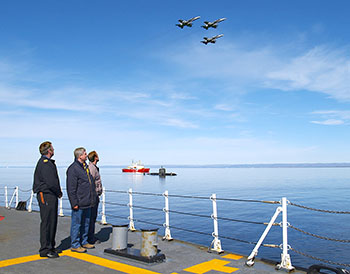 Prime Minister Stephen Harper poses for what may be the most expensive photo-op every staged, during visit to a naval vessel anchored in Frobisher Bay during a national defence exercise, Operation Nanook, conducted last August. (PHOTO BY CHRIS WINDEYER)

Overall, residents of Nunavut and Nunavik managed to survive the worst effects of the global recession and the H1N1 swine flu outbreak.

But at the same time, social problems worsened as ill-equipped governments struggled to cope.

1. The plight of Arctic children

In mid-summer, newspapers across the country published pictures of two boys sleeping on a filthy concrete pad in front of Iqaluit’s Northmart store, embarrassing federal and territorial governments alike and producing a public uproar in advance of Prime Minister Stephen Harper’s annual visit to the Arctic.

In Nunavik, youth protection workers warned of growing rates of social degradation in the region that batter families and prevents youth workers from helping abused and neglected children.

And at the circumpolar health conference in Yellowknife, researchers who worked on the 2007-08 Qanuippitali health survey reported the existence of widespread malnutrition in Nunavut, including a finding that half of all children aged three to five don’t get enough food to eat.

Meanwhile, other symptoms of social decline, such as increased gun violence, homicide and suicide continued unabated as governments struggled to catch up.

Rarely does a government expose itself to public criticism in the manner that Premier Eva Aariak’s new government did earlier this year, when they hired North Sky Consulting to produce the Qanukkaniq Report Card on the Government of Nunavut’s performance.

After hearing from more than 2,000 Nunavut residents, the consultants produced a report, recommending big changes to the GN’s operations, that will influence territorial government policy for at least the next three years and, perhaps, for many years beyond that.

Inuit and Arctic leaders stood mostly on the sidelines as representatives from 192 governments wrangled over the creation of a global agreement to limit greenhouse gas emissions at the 11-day COP15 climate change conference in Copenhagen. Two things are clear. One, Arctic leaders are badly divided over development issues. Two, scientific data predicts that even if the human race succeeds in limiting the average global temperature increase to 2 C by 2100, the Arctic will still experience rapid warming.

With vulnerable populations living in overcrowded, substandard housing and already susceptible to host of respiratory illnesses, northern health officials braced for the worst when a global swine flu pandemic broke out this past spring.

But public health departments in Nunavut and Nunavik handled the crisis well by conducting successful hygiene and mass vaccination campaigns.

Air Canada, through its Jazz affiliate, announced a new scheduled daily service linking Iqaluit, Ottawa and Montreal, to be launched March 28, 2010 with a basic one-way Iqaluit-Ottawa fare starting at $599.

Most Iqaluit consumers like it, but established regional airlines and their allies hate it, fearing the potential loss of revenue. But First Air and Canadian North still dropped their Iqaluit-Ottawa fares to match Air Canada’s.

Meanwhile, the Tory government’s northern strategy, based on four themes – Arctic sovereignty, environmental protection, social and economic development, and improving northern governance – won praise for its balance and moderation, and criticism for its lack of specific measures.

When Nunavut Tunngavik Inc. decided in 2007 to approve uranium mining in Nunavut, subject to certain conditions, the issue was not put to rest. Late last year, a new activist group, Nunavummiut Makitagunarningit, formed in Iqaluit. Its members say they’ll challenge claims made by uranium mining firms and keep a close eye on the way Nunavut’s environmental regulators handle uranium developments.

The arrangement, approved in a referendum held in 2008, gives Greenland more control over oil, gas and mineral development, but the new self-government will remain dependent on Denmark for most its funding unless Greenland can produce enough revenues from resource development.

9. China invests its cash in the Arctic

Cash-rich Chinese firms, backed by their country’s government, took advantage of the global recession to snap up resource properties at bargain-basement prices last year. The huge China Minmetals firm acquires a big package of Kitikmeot lead and zinc properties, including Izok Lake, from Australia’s Oz Minerals, and Jilin Jien, through a joint venture, buys out Canadian Royalties, developer of the Nunavik Nickel Mine.

In a move perceived as an attack on the Inuit hunting identity, the European Parliament votes to ban the importation of seal products into its 26 member nations.

Though the EU measure contains an exception for seal pelts harvested by Inuit, Inuit leaders aren’t impressed and continue to oppose the ban. But Governor General Michaëlle Jean made a lot of friends in the Arctic when she ate a piece of seal heart in Rankin Inlet.