One tiny book contains a big piece of Inuit history

Published around 1856, the slender volume contains the first printed use of syllabics to represent Inuktitut 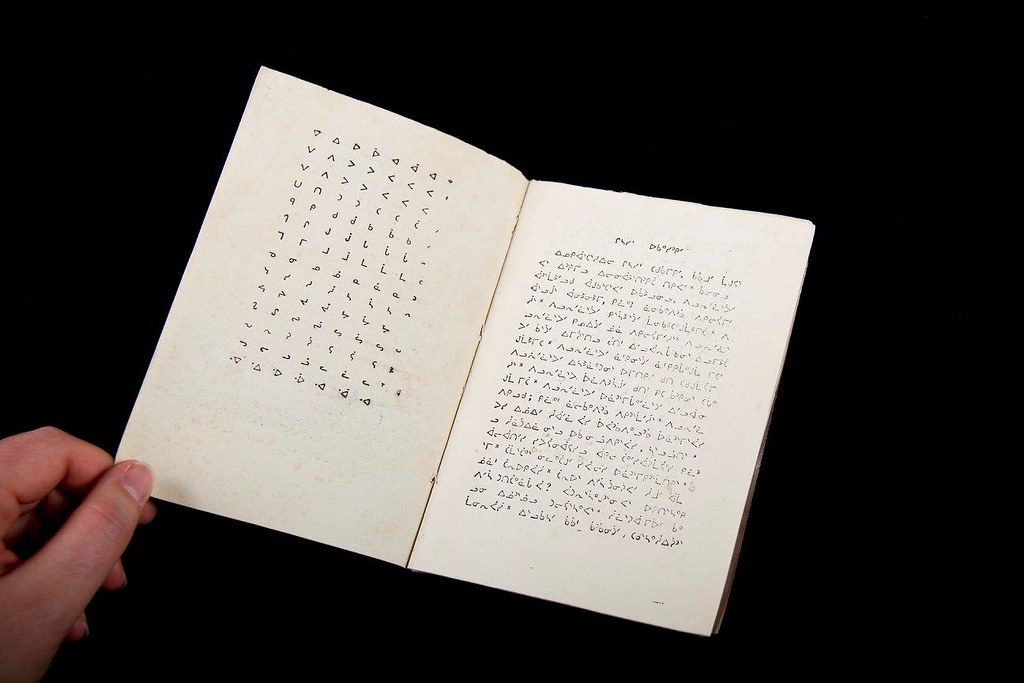 Tucked away in the storage vaults of Library and Archives Canada’s Preservation Centre is a book that, despite being just eight pages long, is an important milestone in Inuit history.

It’s not the contents that are so significant—the book, published around 1856, is a selection of gospels written in the Inuktitut dialect of Little Whale River, near modern-day Kuujjuarapik, Nunavik—but instead how the words inside are represented. Within its faded pages is the first printed use of syllabics to represent Inuktitut. 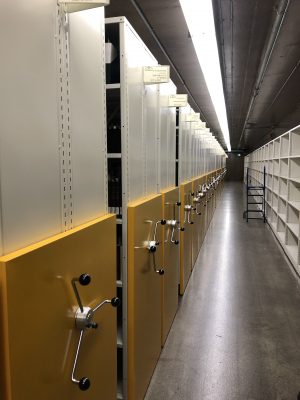 The vaults of Library and Archives Canada’s Preservation Centre in Gatineau, Quebec. Tucked away within these shelves are important pieces of history, including a book that features the first-ever printing of Inuktitut syllabics. (Photo by Kahlan Miron)

The book travelled a long way for its intended audience: it was originally published in Moose Factory, Ontario, by John Horden, a missionary for England’s Church Missionary Society. Horden printed copies of the book for fellow missionary Edwin Arthur Watkins, based in Nunavik.

Even though he had a major influence on the use of Inuktitut syllabics, Horden didn’t work with the language a lot. This book was his first and only book to be published in Inuktitut.

Instead, Horden primarily worked with Cree texts. He had a font for Cree syllabics on his printing press and so Horden applied that system to the Inuktitut gospel translations. Because of that, the syllabics in the book are different from the modern system. The text in these gospels actually uses the Cree writing system, applied to Inuktitut words.

Despite the mixed use of syllabic systems and language, the book is still understandable to modern Inuktitut speakers, says Meaghan Scanlon, a senior special collections librarian with Library and Archives Canada.

“I was able to send a copy to [Inuit Tapiriit Kanatami] and they circulated it to Avataq Cultural Institute, and I think one of the responses I heard was that they said, ‘Well, it looks like Cree, but it does seem to be in Inuktitut.’ So people can still read it, it’s just weird.”

Syllabics weren’t always the popular approach to Cree and Inuktitut, though, as there was disagreement among Church Missionary Society members over whether to use the Roman alphabet instead. Even Watkins, the person who most needed this book and its copies, disliked syllabics.

But Watkins reported to Horden, and Horden was a fan of the syllabic system, which was easier to learn and encouraged quick literacy among Inuit and Cree. When Watkins left, his replacement was also encouraged to use syllabics by Horden. Eventually, it became the norm.

That’s the story in most of Nunavut and in Nunavik, anyhow. But not all missionaries in Inuit Nunangat made use of syllabics. That’s why Roman letters have always been used to write the Inuit language in Alaska, the Inuvialuit region of the Northwest Territories, Nunavut’s Kitikmeot region, Labrador and Greenland.

The book is significant enough to Library and Archives Canada that it’s been nominated to be part of the Canada Memory of the World Register, which is part of a UNESCO initiative that highlights important pieces of history.

Kenn Harper, an Arctic historian and Nunatsiaq News columnist, helped with the application.

“People heard that I knew quite a bit about this book,” Harper said. “And so people asked me if I thought it was a significant thing to be commemorated, which I do think it is, yes.”

The book is available to read digitally online for anyone who wants to take a peek at this piece of history. The digitization is part of Library and Archives Canada’s efforts to digitize their many Indigenous texts. The book can also be visited in person in Gatineau, Quebec.