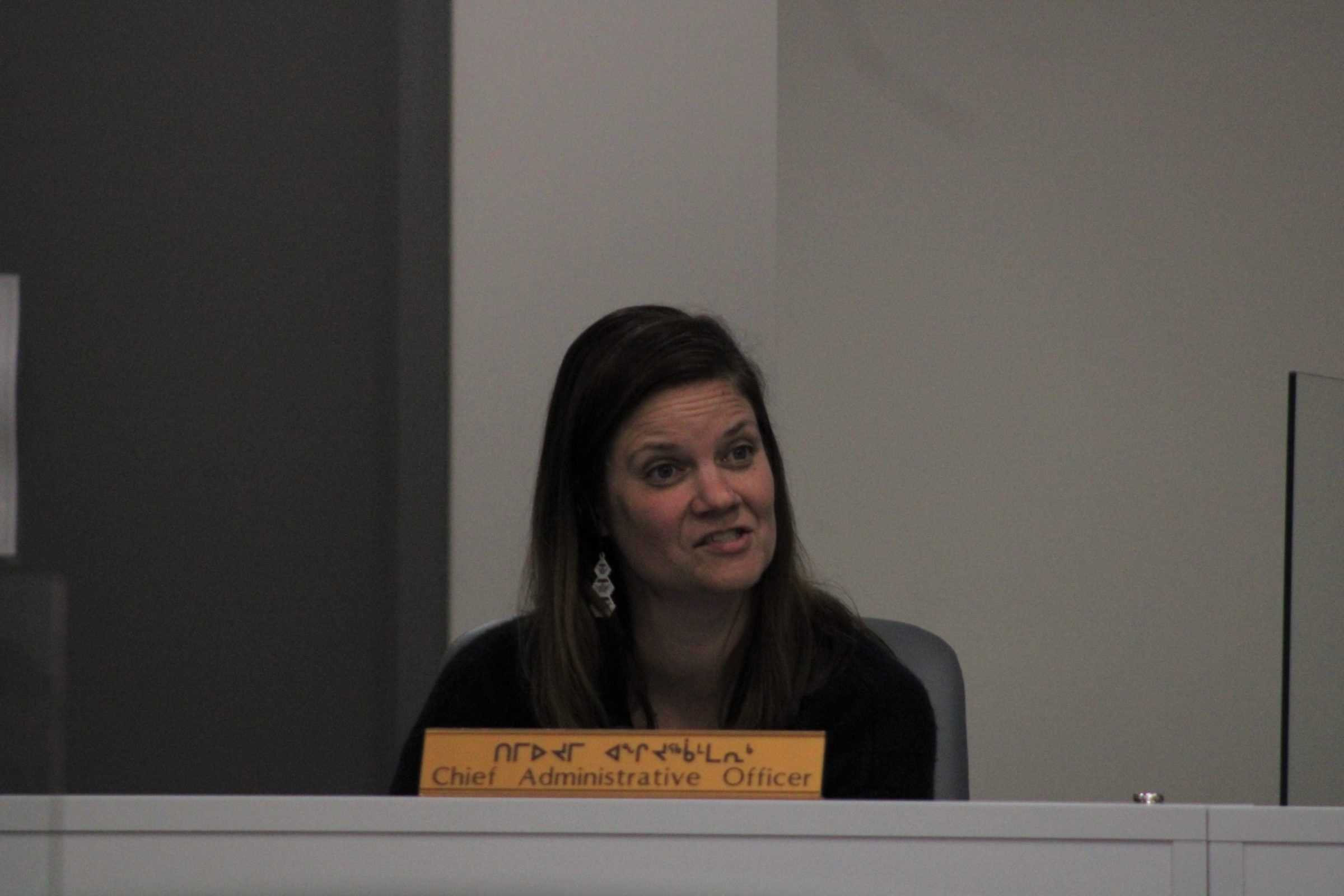 “It is going to be a tidal wave of craziness here for the next little while,” said Mayor Kenny Bell prior to handing Elgersma a Mayor’s Local Hero award during city council’s Tuesday evening meeting.

“I really respect you as a person and as a leader of our community and I’m going to be sad to see you go.” 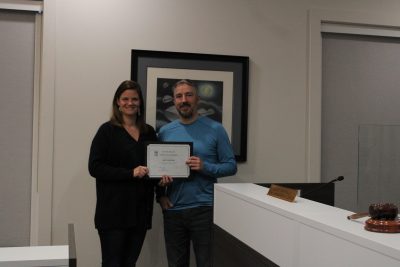 Elgersma worked for the City of Iqaluit for 23 years, starting her career as a senior lifeguard and working her way up to becoming acting chief administrative officer in February 2018, which became a permanent position a year later.

She resigned in a Sept. 13 letter to council, stating her last day would be Nov. 11.

Elgersma told Nunatsiaq News in an interview that she will be leaving Iqaluit to work for another municipality in Ontario.

Coun. Kimberly Smith said she appreciates the work Elgersma did for the city.

“Amy was my swim team coach when I was like 12 years old,” Smith said with a laugh. “We’ve known each other for a very long time, so I wish you the best.”

Bell said the city has hired a recruiting firm to gather applications for the vacant position.

Councillors chose deputy Mayor Solomon Awa, Smith and Coun. Kyle Sheppard to form the committee that will choose their next chief administrator.