Tons of tire rubber is making its way to the Arctic each year, study suggests

Scientists recently confirmed a hunch that microplastics from tires reach the Arctic by air as well as by sea. 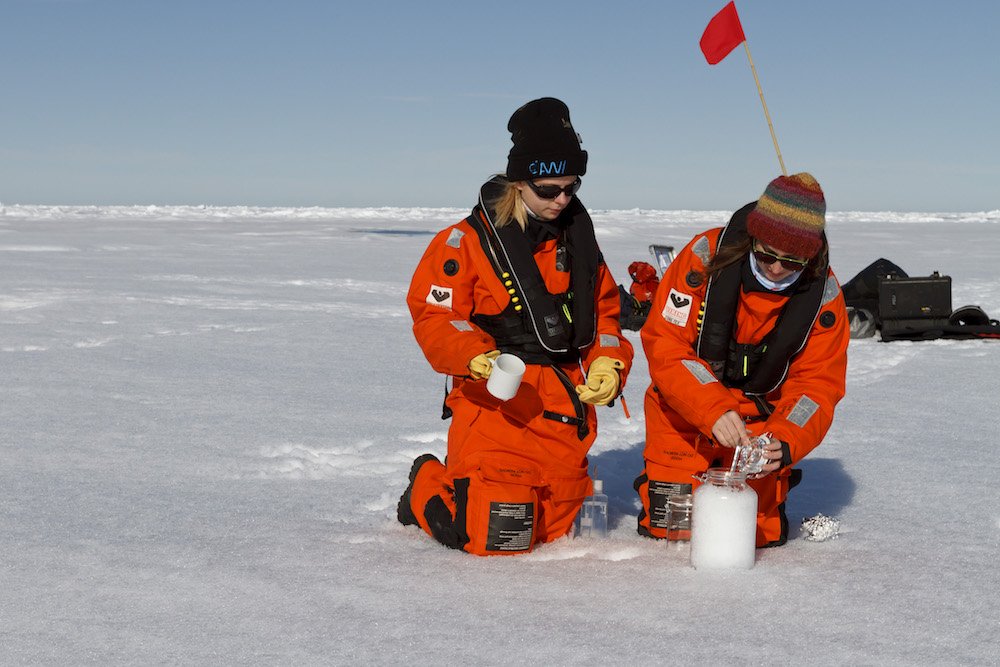 As the tires and brakes on your car wear, they produce microscopic particles of plastic that wind up on the surface of the road. It has long been known that many of these particles eventually end up in the ocean, brought there either after either being blown into the water as dust or washed into the watershed when it rains.

Now, however, studies are showing that just as much road microplastic ends up in the air as the oceans, and that, once aloft, it can be transported by the atmosphere to some of the most remote parts of the world, including the Arctic.

Suspicion that microplastics—including those stemming from tires and brakes—was being transported to remote areas by the atmosphere and deposited by snow was confirmed last year by the Germany-based Alfred Wegener Institute. In one sample collected from Svalbard, AWI recorded some 14,400 particles of microplastics—most measuring less than 100 micrometres, or about the thickness of a sheet of paper—per liter of snow.

While this was ten times less than the amount found in snow collected in the European Alps, it was far greater than could be accounted for from local sources, suggesting that it had been brought from someplace else. Likewise, its discovery in snow collected away from coastal areas indicated it had fallen from the sky, not been carried to the region on the ocean current.

Research published last week has put a number on the total amount of road microplastics that end up in the Arctic—aboutt 48,000 tons per year. At that rate, it could be a significant contributor to increased warming in the region, according to scientists with NILU, a Norwegian atmospheric research institute.

“Microplastic particles travelling to snow and ice-covered regions such as Greenland and the Arctic may darken the surface, thus decreasing surface albedo. This could again hasten melting,” said says Nikolaos Evangeliou, an NILU chemist who led the study.

Albedo is a measure of how much of the light hitting a surface is reflected without being absorbed. Ice and snow reflect most of the sunlight falling on it and plays an important role in regulate the Earth’s temperature.

When dust, soot or other types of material falls on snow, it becomes less reflective, causing more heat to be retained, which causes snow to melt faster.

Because little is known so far about atmospheric transport of microplastics, both AWI and NILU looked at how other types of particles moved around in the air to come up with an explanation for what may be happening.

By looking at how grains of pollen and dust, both which are about the same size as microplastics, behave in the atmosphere, the AWI scientists were able to conclude that particles could be transported some 3,500 kilometres, easily reaching the Arctic from population centers in Europe, North America and Asia.

In its research, the NILU team looked at atmospheric transport of pollution and aerosols from North America and Europe to the Arctic and found that the same atmospheric patterns could transport microplastic particles from these areas to the region.

Once in particles are in air over the Arctic, the bind with snow as it falls and are eventually deposited on Earth’s surfaces, a phenomenon termed “scavenging.”

Both studies suggest significant levels of contamination in the atmosphere and on the surface.