Inuit occupy fewer housing units than their non-Inuit colleagues, according to report 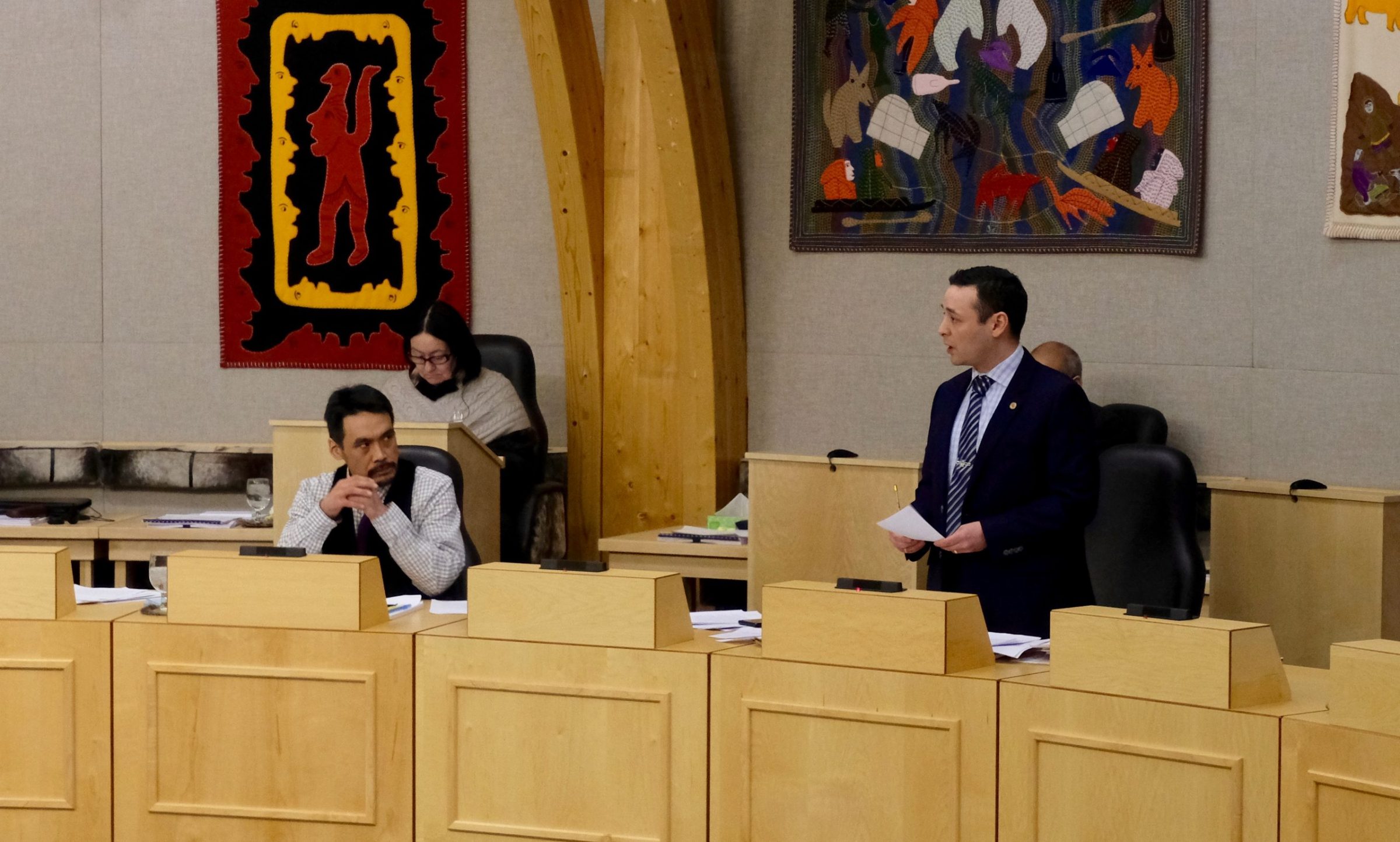 Adam Arreak Lightstone, MLA for Iqaluit-Manirajak, tabled a report on Thursday on the Government of Nunavut’s staff housing. (Photo by Mélanie Ritchot)

The Government of Nunavut’s highest paid employees occupy 71 per cent of government staff housing, according to a report tabled in the legislative assembly on Thursday.

This includes those in executive, senior management, middle management and other professional positions.

“The Government of Nunavut’s housing programs have many flaws,” said Iqaluit-Manirajak MLA Adam Arreak Lightstone, who told the legislature he prepared the report based on “numerous” written questions he’s submitted on the topic.

“I hope the ministers will utilize this information for the benefit of the disenfranchised Inuit and lower-income employees,” he said.

Inuit make up 50 percent of the territorial government’s workforce, but only about a quarter of the employees in staff housing, Lightstone said. In total, 1,620 employees are in staff housing units — about half.

Of the 446 Inuit in staff housing, 85 per cent are in lower-income categories, including people in administrative positions.

“I do have high hopes that the situation can and will be corrected,” said Lightstone.

He said he broke down the report by department, so each minister could review the “inequitable distribution of staff housing in their portfolios.”

On Wednesday, Iqaluit-Niaqunnguu MLA Pat Angnakak asked the minister of human resources about “how it is fair for our most highly paid executives to live in heavily subsidized staff housing units.”

The minister, David Akeeagok, said a housing allocation committee determines who qualifies for the limited units.

“It doesn’t matter whether it’s the highest earner or the lowest earner,” he said.

Akeeagok said it’s the low supply of units that is the problem, and the department is looking at options of getting more.