Troops on the ground in Iqaluit 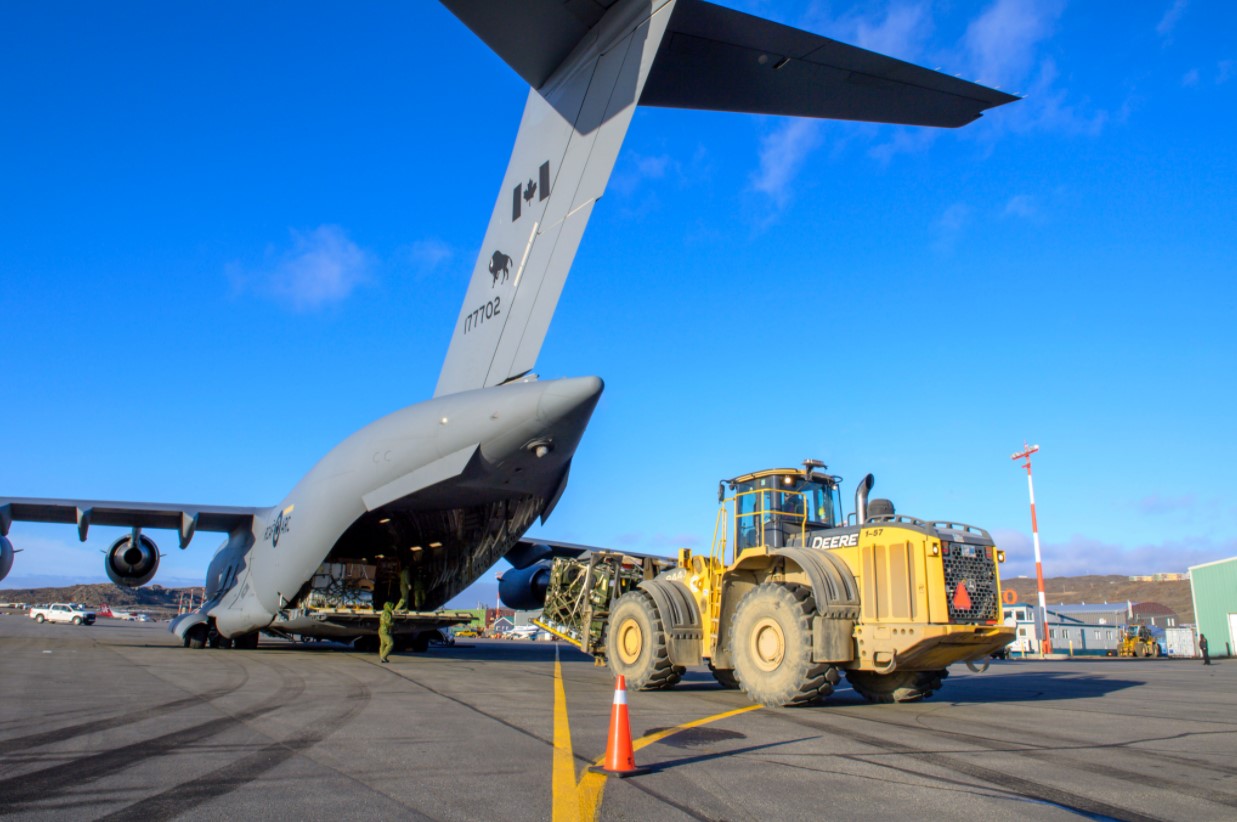 At least 20 members of the Canadian Armed Forces are on the ground in Iqaluit as part of the response to the city’s water emergency.

Military personnel and equipment arrived on two flights — one on Saturday and another on Sunday, according to the Canadian Armed Forces Operations Twitter account.

On Saturday, the military reported that more than 20 members arrived in Iqaluit to set up a reverse osmosis water purification system “to help residents access clean water,” a tweet stated.

On Sunday afternoon, the military reported a second flight had arrived bringing more equipment to be used for its water purification units.

Mayor Kenny Bell said during a press conference on Friday that a group of about five Canadian Forces personnel had arrived earlier that day to assess where the water purification system could be set up.

The arrival of troops and equipment occurred approximately 24 hours after federal government leaders, the military and Bell announced the military had been called in to help during the water emergency, which began more than three weeks ago.

That was confirmed publicly on Oct. 15, when the city’s chief administrative officer reported that tests of water samples taken showed “exceedingly high concentrations” of fuel.

The city established filling stations to distribute water it has been taking from the Sylvia Grinnell River and the Government of Nunavut purchased tens of thousands of litres of bottled water to be given out.

Iqaluit city council declared a local state of emergency on Oct. 12, followed by the Government of Nunavut, which made a similar declaration on Oct. 14. The declarations of emergency give the government the authority to mobilize resources to help people affected by the crisis, as well as to protect public health and to protect the city’s infrastructure.