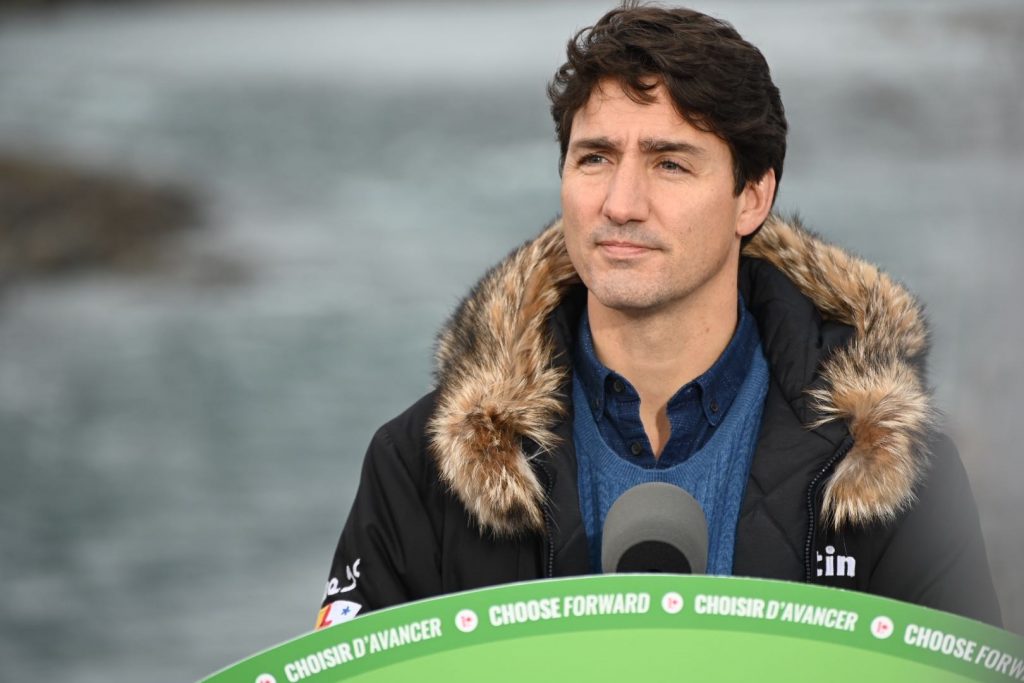 Liberal Leader Justin Trudeau, seen here during a 2019 campaign stop in Iqaluit, is scheduled to visit Nunavut’s capital again on Monday, as the campaign for the Sept. 20 federal election heads into its third week. (File photo)

Liberal Leader Justin Trudeau is scheduled to make a campaign stop in Iqaluit Monday, making him the first party leader to visit Nunavut during the lead-up to the Sept. 20 federal election.

Iqaluit is listed as a stop but his itinerary on the Liberal party’s website does not say what time he will arrive or what he will do while he’s in the territorial capital.

Pat Angnakak, the Liberal candidate in Nunavut, said on Twitter she was looking forward to welcoming the prime minister at a “community gathering” outside the Elders Qammaq at 4:45 p.m.

Trudeau is scheduled to make a campaign announcement and answer reporters’ questions in Granby, Que. on Monday morning.

The campaign to pick the next federal government entered its third full week on Monday.

Over the weekend, Trudeau’s campaign stops in Ontario were met with angry protesters, and a Friday event in Bolton, Ont., was cancelled out of concern for the security of party volunteers, according to national news reports.

In Nunavut, three women are in the running to fill the vacancy created when New Democrat MP Mumilaaq Qaqqaq decided in May not to seek re-election to the position she won in 2019.

Candidates running in the Sept. 20 federal election to represent Nunavut are (from left to right): Liberal Pat Angnakak, the NDP’s Lori Idlout and Conservative Laura MacKenzie. (Photos courtesy of the candidates)

Angnakak stepped down from her position as MLA to run for Parliament for the Liberals. Laura MacKenzie, the former president of a women’s shelter in Rankin Inlet, is the Conservative candidate. And Iqaluit lawyer Lori Idlout is hoping to hold onto the Nunavut riding for the NDP.

Nunavut is no stranger to national leaders running for office. In 2019, Trudeau used Iqaluit as the backdrop for a campaign announcement on climate change. In 2015, then-prime minister Conservative Stephen Harper made a campaign stop in Iqaluit.

NDP Leader Jagmeet Singh visited Iqaluit shortly after the 2019 election, in which Qaqqaq became the territory’s representative in Parliament.

This story is developing. Visit Nunatsiaq News for coverage of Trudeau’s visit to Iqaluit.