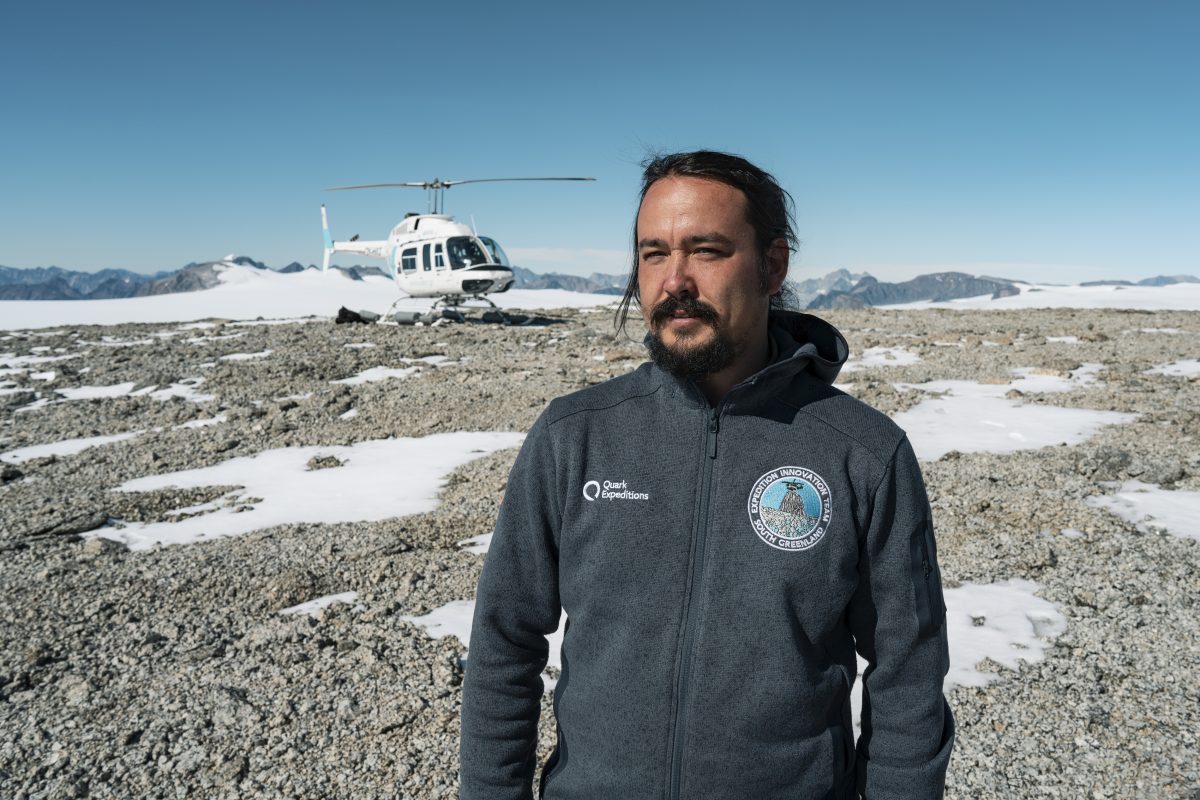 Salik Parbst Frederiksen is the Greenlandic partner for the Tundra to Table program. (Photo courtesy of Quark Expeditions)

Country food from Nunavut and Greenland will be on the menu for passengers on cruises slated to return to the Northwest Passage in the summer, with plans to source ingredients from local harvesters in the works.

The cruise company has multiple routes passing by Greenland and Nunavut, so the plan is to hire local chefs and source country food ethically.

Nobody has been hired to lead the project in Nunavut yet, but Salik Parbst Frederiksen, the founder of Igapall, a collective of chefs who work with local hunters and food producers, is leading its Greenlandic side.

“I think the collaboration is going to be very beautiful,” Parbst Frederiksen said.

“It’s going to be really interesting to see what the outcome is with the chefs working together from different places but still having this shared culture.” 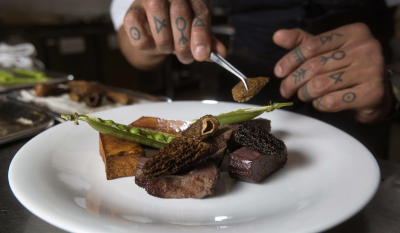 Part of Parbst Frederiksen’s job is finding local businesses and hunters to buy from. For example, he wants to use strawberries and basil grown at a greenhouse in Nuuk.

“It’s very important there’s economic value for the places the ships are going,” he said.

Once ingredients are sourced, it will be the chefs’ jobs to make them into dishes and create a menu.

“I really want it to be innovative and kind of like a playground for the chefs to make something of their own,” he said.

Alex McNeil leads the development of Tundra to Table for Quark. He said about half the ingredients used in the dishes will come from the Arctic.

About 30 per cent of the ingredients will come from local businesses, like the fishery in Pangnirtung, for example, and about 20 per cent will come from harvesters and foraging opportunities, with the rest — like potatoes and vegetable oil — being imported.

The cruise ships operated by Quark can accommodate about 200 people, which often includes guests from all over the world.

The dinners will be four-course meals and will include information and storytelling by the Inuit chefs, and locally inspired tableware.

They will be served for 20 people at a time, and will be held just a few times during each cruise’s journey. 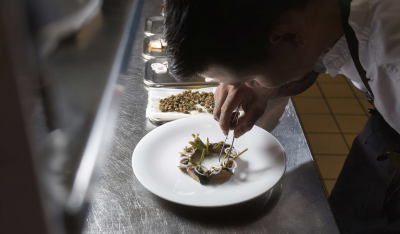 Aside from the dinners, cruise guests will get the chance to try country food like seal with residents from communities where they dock.

“That’s a really intimate experience we didn’t want to detach from the community or to take those resources away,” McNeil said.

“We want that sharing of those to be on the community’s terms.”

When sourcing ingredients to prepare on the ship, McNeil said the company will get approval from community leadership and local hunters and trappers organizations to make sure they aren’t using food that should be going to residents instead.

“We don’t want to impact the food security of those communities and we’re not going to procure ingredients that are threatened,” he said.

The program also won’t bring in any profit for Quark Expeditions.

“That’s it’s kind of a strange thing to say as a business,” McNeil said, with a laugh.

If Tundra to Table ends up making Quark a profit, the plan is to donate it to local food programs.

McNeil is still working on finding a partner to co-ordinate the program in Nunavut or another Arctic region of Canada, like Nunavik.

He said it’s been challenging to find somebody because there are fewer professionally trained chefs, partly because there is no training program in the territory.

He said he is hoping the program and the work Parbst Frederiksen is doing will inspire more Nunavummiut to train as chefs and will create more opportunities in the field.

Two of Quark Expeditions cruises are slated to pass through the Northwest Passage in 2022, with four journeys planned for 2023, if travel restrictions allow.

The Government of Canada lifted a COVID-19-related ban on cruise ships in Canadian waters on Nov. 1 for operators who comply with public health requirements.

Transport Canada is working towards mitigating public health risks for the 2022 cruise season, said Frédérica Dupuis, a spokesperson for the department, in an email.

Measures include vaccination and testing requirements for all crew and passengers.