“Despite their immense value, languages around the world continue to disappear at an alarming rate” 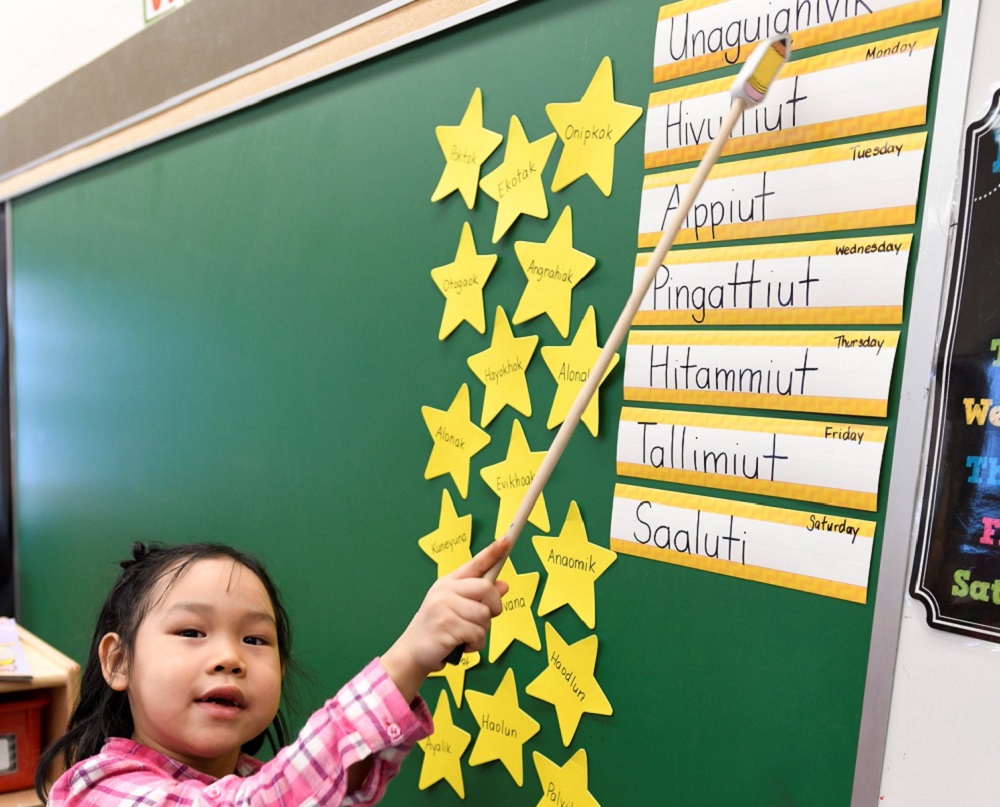 The UN’s international year for 2019 is intended to highlight the need to preserve, revitalize and promote the use of the world’s estimated 7,000 Indigenous languages—2,680 of which are considered to be in danger. Here, a young Nunavut student learns the days of the week in Inuinnaqtun. (PHOTO COURTESY OF GN)

The United Nations has named 2019 as the International Year of Indigenous Languages.

The UN typically chooses a different topic each year to raise awareness about issues that have an international impact.

In this case, the UN’s intention is to highlight the need to preserve, revitalize and promote the use of the world’s estimated 7,000 Indigenous languages—2,680 of which are considered to be in danger.

“Languages play a crucial role in the daily lives of people, not only as a tool for communication, education, social integration and development, but also as a repository for each person’s unique identity, cultural history, traditions and memory,” the UN said in a news release.

“But despite their immense value, languages around the world continue to disappear at an alarming rate.”

There are 50 Indigenous languages in the circumpolar world alone.

Inuktut—the broad term for the different dialects spoken across Canada’s four Inuit regions—varies in its usage from one region to the next.

The use of Inuktut is stronger in northern Quebec’s Nunavik region, where 99 per cent of Inuit say they can speak the language, according to Statistics Canada’s most recent census, bull falls to as low as 21 per cent in Newfoundland and Labrador’s Nunatsiavut region.

In Nunavut, 89 per cent of Inuit said they could carry on a conversation in Inuktitut.

But a 2017 report that looked at language use in Nunavut found that the use of Inuktut at home is falling at a rate of about 12 per cent per decade. At the same time, the proportion of Nunavut Inuit who use mostly English at home rose to 46 per cent in 2011 from 28.5 per cent in 1991.

The United Nations did not declare any specific topic as a focus in 2018.

It may be just a drop in the oceans of diversity, just wanted to wish a happy 1st day of the International Year of Indigenous Languages pic.twitter.com/xjvwtaaVg3