Understanding Nunavut is the ‘only way’ to understand Canada, Trudeau says

Liberal Leader made a quick campaign stop in Iqaluit Monday 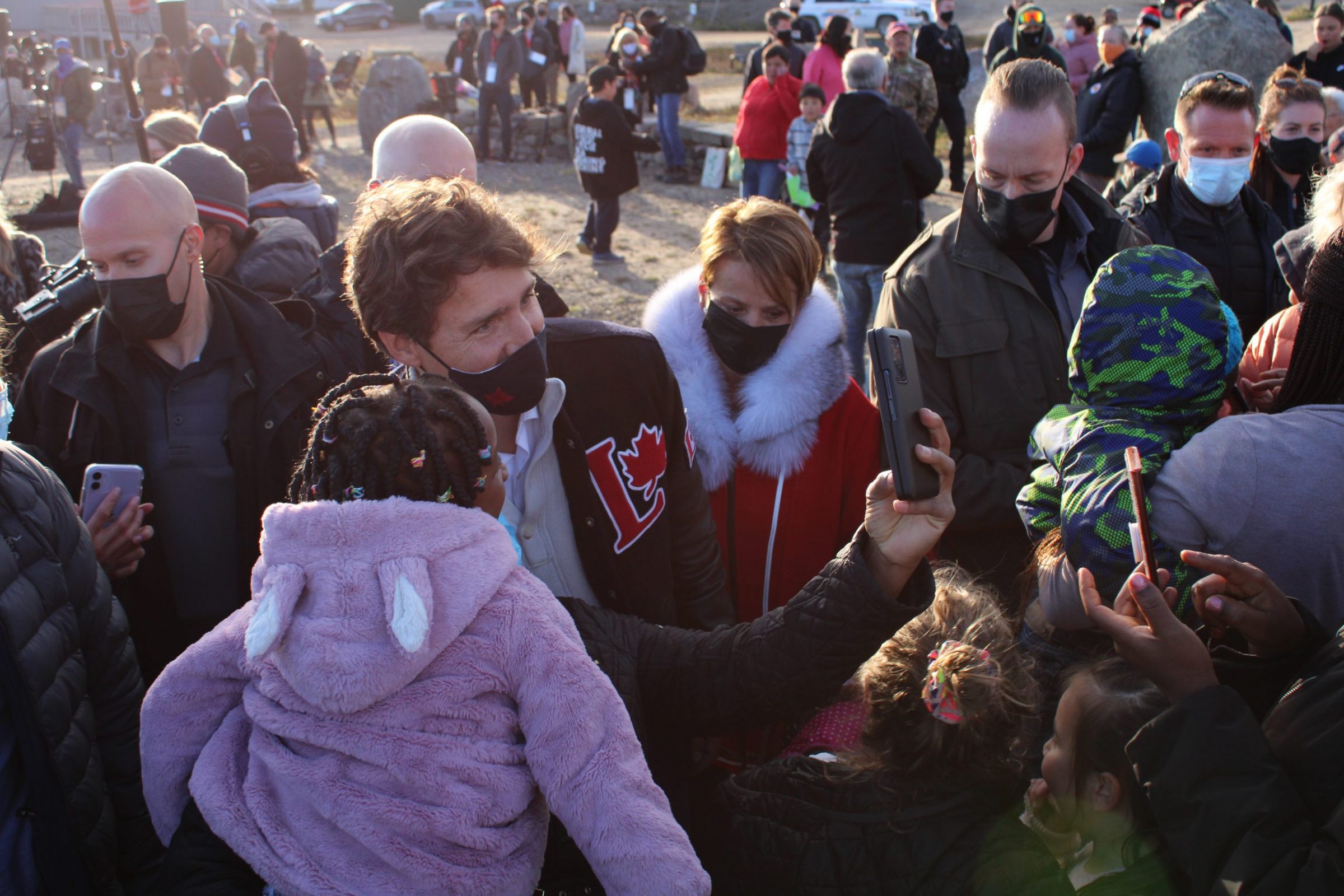 “Understanding Nunavut, understanding the North is the only way to properly understand Canada and all Canadians,” he said during a rally in Iqaluit Square. The way people across Inuit Nunangat are there for each other is an example for all Canadians and the world to follow, he said.

The prime minister made a quick visit Nunavut’s capital to show his support for local Liberal candidate Pat Angnakak in her bid to win the territory’s seat in Parliament in the Sept. 20 federal election.

The event was scheduled for 4:45 p.m. at Iqaluit Square, but Trudeau, Angnakak and Indigenous Services Minister Marc Miller arrived more than an hour late after stopping in Apex. Much of the crowd stayed until Trudeau came. 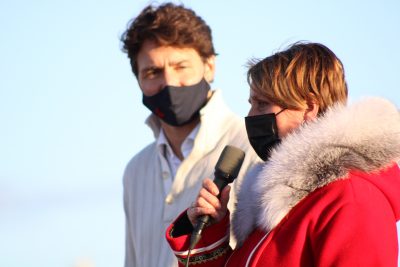 Trudeau said a Liberal government would invest “hundreds of millions of dollars more” in both mental health and housing, with Angnakak, a former MLA, saying that she ran for the Liberals because she feels the party is Nunavut’s best shot at addressing those needs.

Trudeau has received criticism for calling the election during the COVID-19 pandemic, with some seeing it as an attempt to win a majority government. The Liberals have led a minority government since the 2019 election.

During his speech, Trudeau said the election had to be called because decisions on the pandemic, climate change and inequality will be made within the “coming months, not years from now.”

“That’s why this election has to be right now,” Trudeau said. “Because we can’t wait a year or two years to decide as a country how we move forward beyond COVID.”

NDP candidate Lori Idlout issued a statement while Trudeau was speaking to the crowd, saying that he has no “real intention of delivering on his commitments.”

“He’s had six years to fix the housing crisis and address affordability in the territory — yet we are still living in mold-infested, overcrowded homes,” she said.

Trudeau’s plane — identifiable on the runway by its red and white markings and the Trudeau 2021 logo emblazoned on it — touched down at the Iqaluit airport around 3:30 p.m. It left to return to Ottawa four hours later, at about 7:30 p.m.

His stop in Iqaluit was in stark contrast from his visits in southern constituencies last week, where protesters disrupted a rally in Nobleton, Ont., causing him to cancel a campaign event later that evening in Bolton, Ont., citing safety concerns.