A Q&A with Angela Amarualik 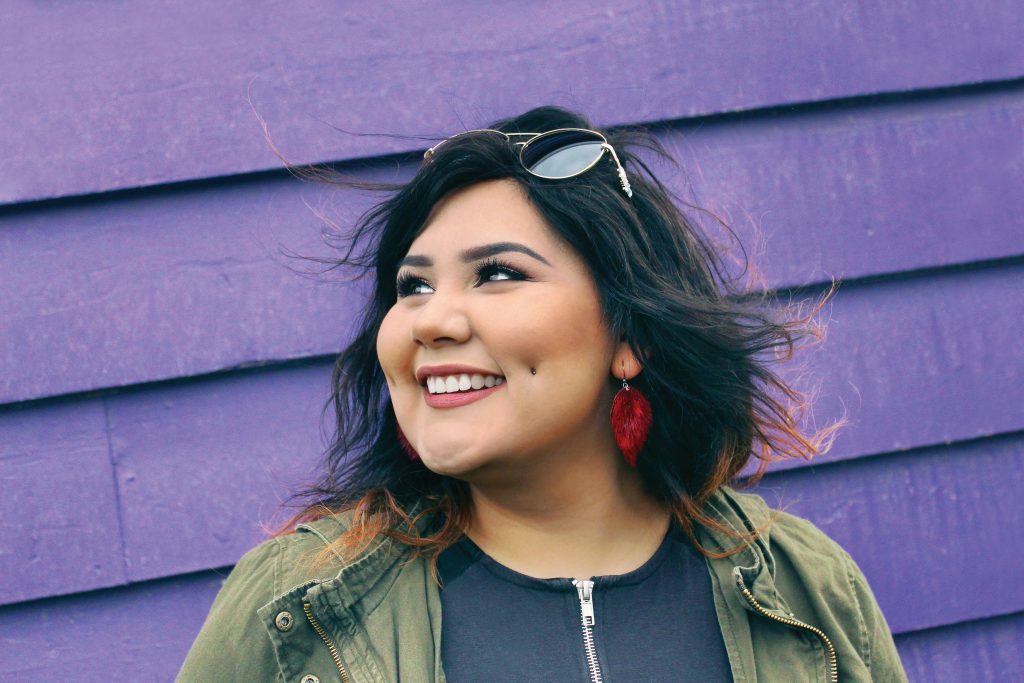 Angela Amarualik has been nominated in three categories at this year’s Indigenous Music Awards. (Photo courtesy of Hitmakerz)

By Angel Ootoova and Nunatsiaq News 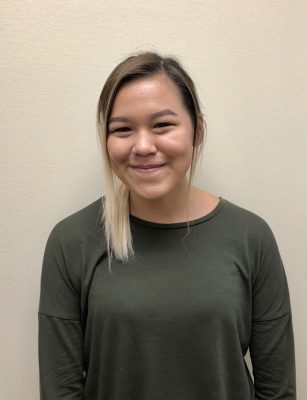 Angel Ootova is a first-year student at Nunavut Sivuniksavut in Ottawa.

For someone who calls herself shy, Angela Amarualik has a big voice.

When Nunavut arts initiative Hitmakerz visited Amarualik’s hometown of Igloolik in 2017, Amarualik said it inspired her to start writing and performing her own music.

But the 20-year-old Amarualik freely admits that she still struggles with shyness and believes that anybody can work to get through it like she does.

Following her nominations, which include Best New Artist and Best Inuit, Indigenous Language, or Francophone Album, Amarualik spoke with Nunavut Sivuniksavut student Angel Ootoova and Nunatsiaq News about her music and how being nominated turned around a bad day.

Angel Ootoova: How does it feel to have three nominations from Manito Ahbee (the organization that runs the Indigenous Music Awards)?

AA: I actually sang along on my sister’s karaoke machine when I was like four. When she would go out I would use it without her permission, I enjoyed that so much. I continued to sing along [to] some songs growing up.

AO: What songs did you sing on the karaoke?

AO: How did you get noticed?

AA: I started sharing my videos on Facebook, that took me somewhere. I was really shy until people liked it and I’m still trying a bit to overcome my shyness, but I’m glad I’m here right now.

AA: Yeah, at first I’m really shy but as I am going I get comfortable too.

AA: That doesn’t really bother me to share my own thoughts because personally I like hearing other people’s sadness or feelings and I get to feel that I’m not alone.

AO: Also, before going on stage how do you prepare yourself?

AA: I’ve been travelling with a lot other musicians as well, I get to see how they do it. So we warm up, we actually need a lot of time to prepare [like a few hours before the concert] to set up and everything, especially warm up.

AO: Who do you perform/travel with?

AO: How does it feel working with her?

AA: It’s great, she is always helping people and encouraging everyone to go for their dreams.

AO: How does Hitmakerz work, when they come to a community? Talk about the first time they came to Igloolik and what it was like for you.

AA: I was actually working at the community hall when they came so I had to work. I started being interested in what they were doing so I participated and it gave me a lot of confidence and I felt that I’ve gained some skills. Thor Simonsen [Amarualik’s producer and creative director of Hitmakerz] helped me get an album. Well, actually, we recorded together.

AO: What happened after that workshop was done, how did you feel? Was it then that you realized that you wanted to write your own music?

AA: Yeah it was an eye opener for me because I felt like that I’ve discovered what I wanted to do in the future, I mean that is what I want to do.

AO: Where were you when you got the news that you had been nominated for those awards?

AA: It was a bad day for me that day so I was on my computer, and I saw that Colleen Nakashuk was nominated so I was happy for her but I checked and I saw three of my pictures which made me speechless and I didn’t know what to do.

AO: Did you celebrate? How did your day turn out [since you said it was bad], how was your day by the end of it?

AA: It went really great because everyone I cared about started congratulating me and made me happy.

AO: Do you have any advice for youth that want to go the same path as you?

AA: I want the youth or anyone to go for what they want, even if they’re shy. We’re not going to be shy forever, I thought it would be forever for me because I was really shy and Thor knows that, cause being shy is hard and you don’t want to do anything about it but go for it!

Amarualik will attend the Indigenous Music Awards gala on May 17 in Winnipeg. Her producer Thor Simonsen is also up for an award.

She is also opening for Hannah Georgas at an upcoming Alianait show in Iqaluit on April 27.

You can listen to some of her music at www.amarualik.com.