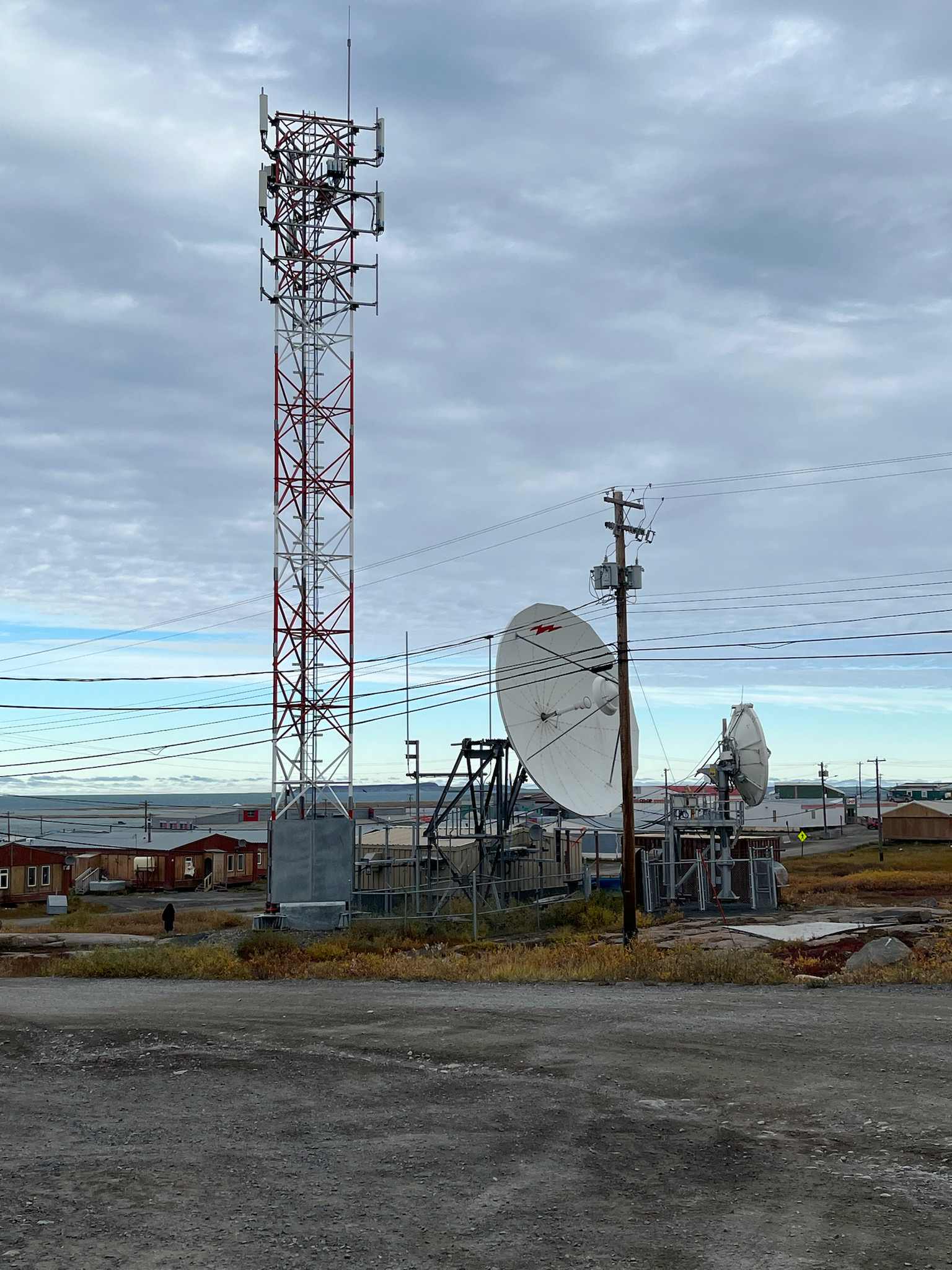 Police are investigating after a satellite dish in Kugluktuk was apparently vandalized earlier this week, leaving the community without cell service or wifi for several days. (Photo by Simon Kuliktana)

Police investigating damage to one of community’s satellite dishes

People in Kugluktuk were left without cell and wifi service for days this week after someone broke into a secured area and damaged a satellite dish in the community.

Parents couldn’t reach their children to find out where they were, people couldn’t check their online banking to see how much money they had in their accounts and in one case, residents couldn’t get hold of a maintenance crew to fix a broken boiler, said Mayor Simon Kuliktana.

Community members mostly rely on their cellphones to make calls and access the internet, as only businesses and a few elders still own a landline, he said.

RCMP believe the vandalism occurred Sept. 9, and they were notified of it Sept. 12, said Cpl. Tammy Keller in an email to Nunatsiaq News.

Keller said wires and cables were disconnected, possibly by youth hanging on them.

No charges have been laid and the RCMP is still investigating.

Northwestel spokesperson Catherine Newsome said someone may have gotten in through a small hole in the fencing around the dish.

“Events like this are really unfortunate,” Newsome wrote in an email to Nunatsiaq News. “We are repairing and reinforcing the fence and adding some additional security measures.”

There is some dispute over how long the outage lasted.

Kuliktana also disputes Northwestel’s timeline, saying the outage lasted more than three days. He said he would expect Bell, which owns Northwestel, to have the resources to repair a problem like this more quickly.

“It made a lot of inconvenience,” he said.