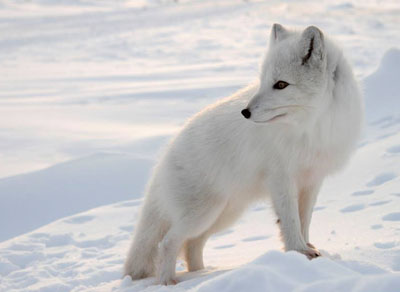 A domestic dog in Whale Cove has died after it was attacked by a fox that tested positive for rabies, according to Health spokesperson Chris Puglia. (File photo)

A domestic dog in Whale Cove has died after it was attacked by a rabid fox.

Health department spokesperson Chris Puglia announced the death Thursday, in a news release, and has confirmed the fox in question tested positive for the disease.

This is the second attack of its kind in Whale Cove this month that has led to the death of a dog.

That fox was not available for rabies testing, Puglia said, but the dog has been sent for testing and the Health Department is awaiting those results.

“Due to the danger of rabies, we advise all residents to be on the lookout for foxes in the area,” said Puglia in the release.

Anyone who has been bitten or scratched by a fox or a dog should immediately go to the local health centre and report the incident.

“Treatment must be started quickly after exposure as rabies infections are almost always fatal,” Puglia said.

Domestic animals that spend time tied up outdoors should also be monitored for a change in behaviour and signs of rabies, which include behaving strangely, staggering, frothing at the mouth, choking or making strange noises, he said.

Animals exhibiting these signs should be avoided and reported to the regional environmental health office at 867-645-8071 or to the local conservation officer at 867-896-9189.

In January, GN wildlife operations manager Jonathan Pynn said a rise in recent reports of rabid foxes in Nunavut is a consequence of the territory’s booming fox population this year.

“Fox populations do tend to cycle through rabies outbreaks and rabies is endemic in northern Canada, so it’s something we have to realize,” he said in an interview with Nunatsiaq News at the time.