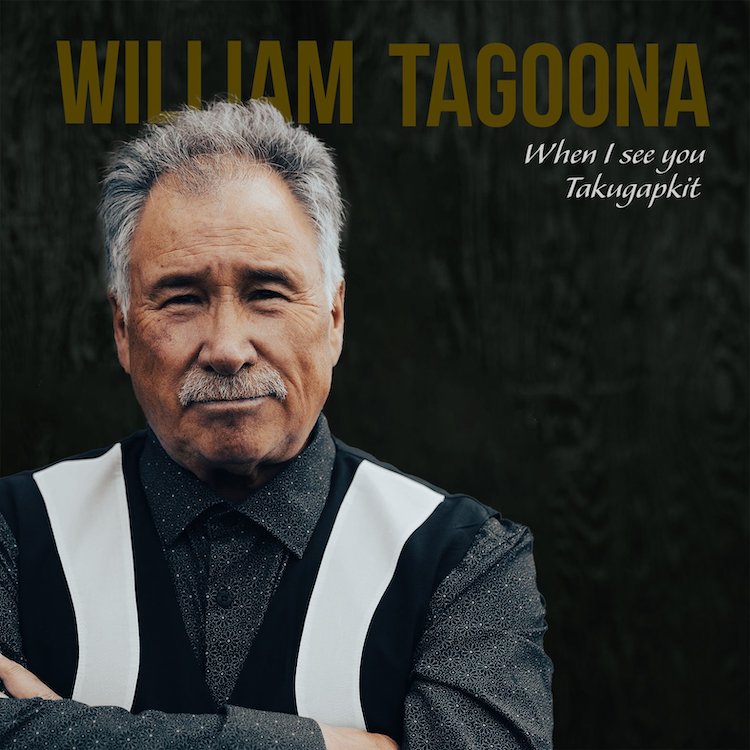 William Tagoona has recorded a selection of his musical catalogue for a new album, released Aug. 7. (Photo submitted by William Tagoona)

It’s been more than 40 years since William Tagoona recorded his album Takugapkit: Help Me Out, and all these years he felt his singing on it could have been better.

So last year, Tagoona decided he wanted to re-record the album.

The renowned musician was a member of one of the first Inuit rock groups, The Harpoons, and began writing Inuktitut songs while living in Kuujjuaq in 1971. He has produced more than 30 albums through Qimuk Music, his own recording studio in Kuujjuaq, and in 2001, he received a Lifetime Contribution award at the Canadian Aboriginal Music Awards.

Tagoona says when he first started recording music in the 1970s, the process was entirely different.

“In those years, we used to get only one day in the studio. So you had to do everything perfectly,” he recalled in an interview with Nunatsiaq News. “Whatever you do in that one day [when] meeting those musicians for the first time in your life — it’s what’s going to be released.”

That’s how Takugapkit: Help Me Out was recorded, in 1979.

“I decided this time, I’ll go to a studio of my choice, bring the musicians of my choice and redo those songs,” Tagoona said. “It took us one day to record it [then]. This time, it took us eight months to record it and to do it properly.” 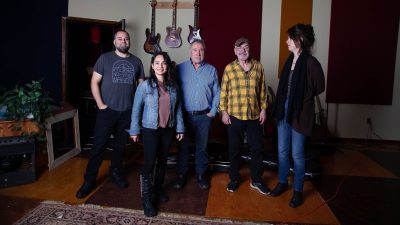 “They say that the older you get, you might start to look more and more like one of your parents and people have said I look a lot like my father,” he said.

“When I look at myself in the mirror, sometimes I seem to I see [him] … so it’s a thank you song to my father.”

Anaanaga was recorded in collaboration with two Greenlandic singers. Tagoona said the idea for it came about when he reached out to Per Berthelsen, a friend, politician and founder of Sume, one of the first rock bands from Greenland in the 1970s.

He wanted Berthelsen to harmonize for that track on Takugapkit: When I See You, but Berthelsen had other plans: he suggested Tagoona record the album in collaboration with his daughter Julie Berthelsen and musician Mads Lumholt instead.

“Julie asked me to send the tracks to Copenhagen because she was working there,” Tagoona said. “She took the tracks to a studio and put her voice and sent them back. That’s what you hear in the album.”

Reflecting on his music and the process of re-recording an album that is more than 40 years old, Tagoona said he is happy with the response so far from the community — from Inuit who have grown up listening to his music as well as young Inuit today who will come across his music.

“It’s because I’m one of the pioneers of contemporary modern Inuktitut music that started in the 1960s. Some of these people grew up listening to my songs on the radio and some when they were still in the amauti.”

He’s slated to perform some of the songs from this album at the Aqpik Jam Music Festival in Kuujjuaq later this week.

The event is another milestone for him: three years ago, he was unable to perform because he fell sick with pneumonia. This year, at 70 years old, he will perform live once again — this time, sharing the stage with one of his sons who is a guitarist.

“[My son has] watched me perform all his life and he got into the same thing,” he said.

Clarification: This story has been updated to specify that William Tagoona wanted Per Berthelsen to provide harmonies for one track on his album.